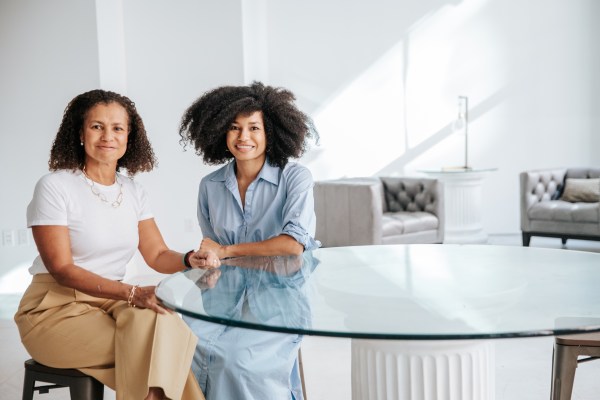 Medley, the group coaching platform that focuses on both personal and professional development, announced the close of a $3.7 million seed round led by A16Z today

Medley was cofounded by Edith Cooper and Jordan Taylor, a mother-daughter duo who believe that the personal and professional development of people are inextricably linked together. The platform launched back in July of 2020 with the goal of facilitating small group discussions led by a professional development coach. These groups were matched with the express intention of fostering diversity and inclusion, with different age groups, genders, ethnicities and backgrounds represented in each group.

With inclusivity top of mind, Medley welcomes everyone to join the membership, and even launched with an opportunity-based sliding scale for the annual membership fee.

Alongside the announcement of the funding, Medley is also introducing Medley Moments in the coming months. Moments are specifically designed courses that members can enroll in to focus on their particular goals. Taylor gave a few examples of the kinds of topics that Moments will cover, including becoming a new parent, learning about leadership, relocating, career pivots and more.

“There was a heightened focus on the significance of gaining perspective on other people’s reality that was in people’s consciousness when we first launched, but now is critical to their center of gravity, in terms of what people are seeking when participating in groups,” said Edith Cooper. “There’s also an increasing expectation from people that their employers actually care about them and provide offerings that are not tactically oriented but for the benefit of them as people.”

Given these insights, and a successful pilot program with LinkedIn, Medley is now looking at B2B options for the company, with the potential to sell the programs to larger organizations for the benefit of their employees.

Following the LinkedIn pilot, which saw a 99 percent NPS score, the professional social behemoth will be expanding that partnership in 2022.

The fresh funding means hiring is certainly on the table for Medley this year. Cooper, who sits on numerous boards including those of Amazon and PepsiCo, says that the biggest challenge for Medley, or any organization for that matter, is attracting and retaining world-class talent, where both the passion and the vision are aligned.

“The best part of being an entrepreneur is getting to work with people who challenge me, who I learn from and who I can enjoy spending time with,” said Jordan Taylor. “It’s a great challenge but also something that I feel grateful for, is being able to, with Edith, build out a team of people who are always looking to learn.”