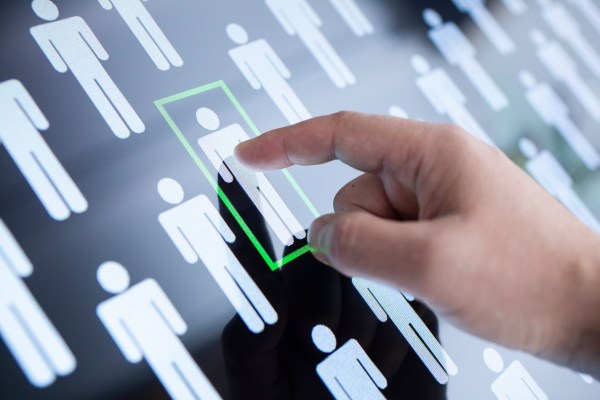 On the heels of Personio raising a big round yesterday, one of its competitors and another big startup in the area of HR has also picked up some fundning. Hibob, a London-based company that targets the mid-market with an all-in-one platform that handles various human resources functions, closed a Series C of $150 million. The funding values the company at around $1.65 billion, the company has confirmed to us. This was also the figure that appeared in leaked rumors in the market earlier this week, ahead of the company confirming the news today.

General Atlantic led the round, with past investors Bessemer Venture Partners, Battery Ventures, Eight Roads and Entrée Capital among the others investing. Hibob last raised money about 10 months ago, a $70 million round in December 2020 (a round led by SEEK and Israel Growth Partners). Its valuation since then has more than tripled, a mark of how hot the market is for HR right now.

“Hot” and HR are not two terms you might usually hear in the same sentence. The tasks that comprise human resources — in Hibob’s case, tracking attendance, time off, compensation, payroll, benefits and running surveys — are usually seen as some of the more dry, and often overly officious, aspects of working life.

Covid-19 and pandemic working practices — where the vast majority of knowledge workers were sent home for the better part of a year or more (and some of us are still here in our kitchens) — have definitely changed how we interface with work, and so HR systems have suddenly come into their own as a way of tracking things, and even helping us all stay connected.

Hibob, which sells its platform as “Bob”, says that the last year has seen triple-digit growth in revenues, and its opportunity has been to present its product — which also offers collaboration and other tools — as a modern take on what HR can mean to a company.

“Our mission is to modernize HR technology,” Ronni Zehavi, Hibob’s CEO, who co-founded the company with Israel David, told me last December. “We are a people management platform for how people work today. Whether that’s remotely or physically collaborative, our customers face challenges with work. We believe that the HR platforms of the future will not be clunky systems, annoying, giant platforms. We believe it should be different. We are a system of engagement rather than record.”

While the company’s roots are in Israel, its modern HQ is in London with another office in New York. It has 1,500 mid-sized customers operating in 134 countries, but right now it says that some 65% those customers — which include the likes of Ebury Partners Ltd., G.Network, Revolut, and Cazoo — are in the U.K. and other European markets.

The funding will be used in part in an effort to tap more growth internationally to complement that existing base.

The last several years have seen a turn in HR tech that mirrors that of all enterprise IT: the explosion of funding available to startups has bred a plethora of point-solution specialists addressing singular aspects of the larger HR process, whether it is payroll, or benefits, or hiring and onboarding, or surveys and employee satisfaction, or training, or recruiting.

However, the bigger gravitational pull of technology seems to always bring us back to the concept of larger platforms, which are in their own way easier to run and potentially less expensive overall. In HR, those targeting smaller and mid-sized customers like Hibob or Personio also have a precedent in the form of Workday (and more historically companies like SAP).

Personio is an interesting company to consider in comparison to Hibob: it is bigger but also has smaller businesses in its mix of customers. When it announced its funding yesterday at a $6.3 billion valuation, it noted that its next steps would be to go into wider workflow automation, bringing more of the data you capture in HR systems (and specifically Personio’s HR systems) into other applications in a more efficient way.

It will be interesting to see whether Hibob takes a similar route, or if not, how it chooses to evolve its own platform over time. HR, being focused on people management, is in a way is at the heart of how a company runs its whole business, so there are a lot of routes it can take.

“Hibob has created a solution that serves and anticipates the needs of modern, evolving businesses,” said Anton Levy, co-president, MD and global head of tech at General Atlantic, in a statement. “We have tracked the company for years, and positive customer feedback further validates that Hibob’s platform has become a mission-critical component of HR tech stacks. Hibob will mark our sixth investment in an Israel-based company in under two years, signifying our strong conviction in the country’s market. We look forward to supporting the business’ global growth as it redefines employee engagement and HR technology.”