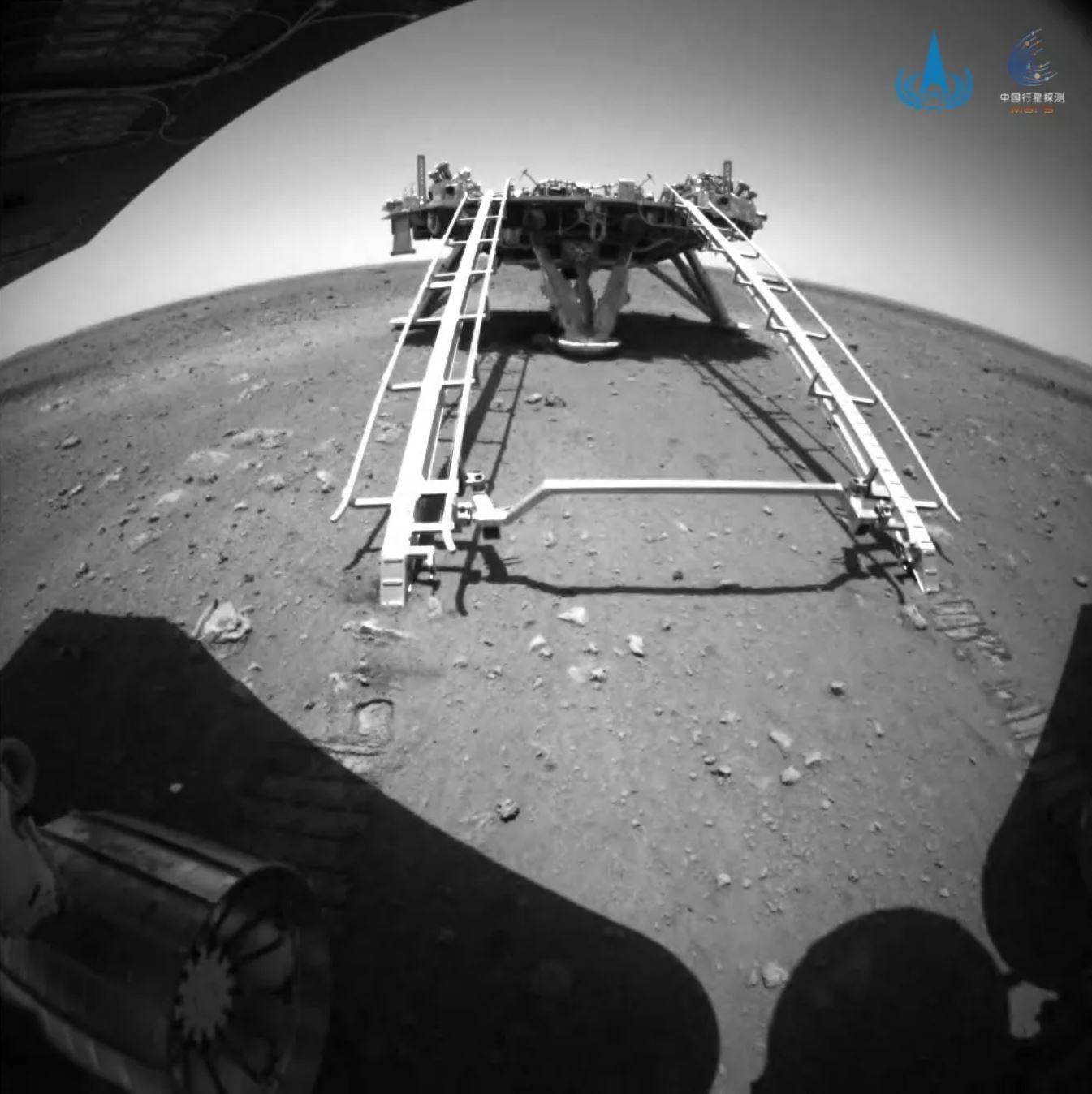 HELSINKI — China’s Zhurong rover descended onto the surface of Mars late May 21, a week after the vehicle’s historic landing in Utopia Planitia.

The China National Space Administration (CNSA) announced Saturday that the six-wheeled Zhurong had reached the surface at 10:20 p.m. Eastern Friday.

The rover will now begin science and exploration tasks in Utopia Planitia with six science payloads, including optical and multispectral cameras and ground-penetrating radar.

Zhurong had been stationed atop a landing platform since its successful May 14 entry, descent and landing.

The rover carried out automated systems checks and environmental surveying in preparation for deployment.

China’s Tianwen-1 orbiter, carried the rover to Mars, had altered its orbit Monday in order to relay data from Zhurong to Earth. Low data rates had meant that the first images from Zhurong were not released until May 19.

Zhurong is part of the Tianwen-1 mission and is China’s first independent interplanetary expedition. The spacecraft launched in July 2020 and entered Mars orbit Feb. 10.

After months of collecting high-resolution imagery to map its landing area, Zhurong targeted an area inside Utopia Planitia, understood to center on coordinates of 110.318 degrees East longitude and 24.748 degrees North latitude, successfully landing at 109.9 East and 25.1 degrees North.

The rover aims to return data on potential water-ice deposits, weather, topography and geology, complementing science carried out by missions from other space agencies.

The presence of water ice at the low latitudes of Utopia Planitia could have implications for understandings of potential past or present habitability and was as future crewed Mars missions.

Zhurong has a design lifetime of 90 days during which the Tianwen-1 will act in a relay role in its current 8.2-hour orbit. The Tianwen-1 orbiter carries seven instruments of its own and is planned to enter a 7.8-hour orbit to carry out its science objectives. It is unknown if the Zhurong mission will be extended and how this will influence the plans for Tianwen-1.

The Tianwen-1 mission built on technologies and capabilities developed through the Chang’e lunar program orbiters, lander and rovers, as well as head shielding and parachute expertise from Shenzhou human spaceflight endeavors.