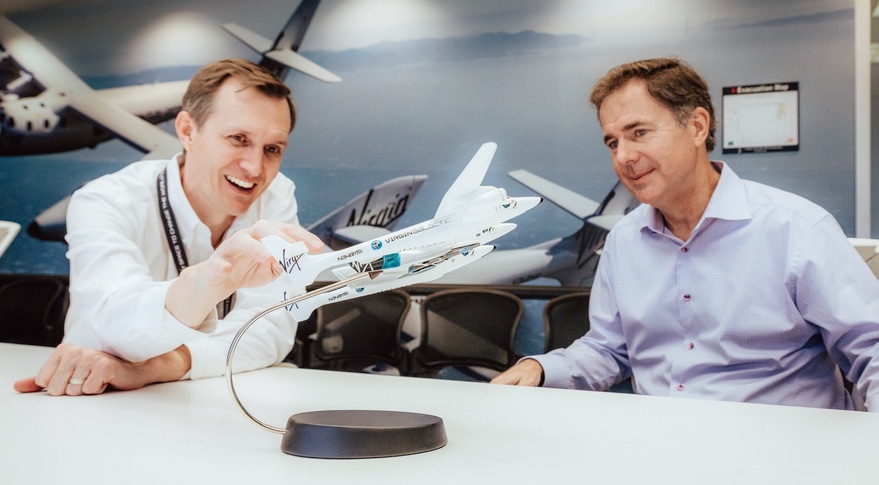 WASHINGTON — The longtime chief executive of Virgin Galactic, who moved into a new position at the company last year, has left the company but will continue to be an adviser to it.

According to company sources, Whitesides said he was leaving the position of Virgin Galactic’s chief space officer to pursue unspecified opportunities in the “public service sector.” The company didn’t announce his departure, but he is no longer listed as a member of Virgin Galactic’s leadership team on its website. The publicly traded company did not make a formal announcement because Whitesides was not considered an officer of the company.

In an email, Whitesides confirmed he was leaving Virgin Galactic but noted he would remain chair of its new Space Advisory Board. That board, which the company announced the formation of Feb. 9, includes former astronauts Chris Hadfield and Sandy Magnus as well as David Whelan, the chief scientist of Cubic Corporation who previously worked at Boeing and DARPA.

The board will provide advice to Virgin Galactic as it prepares to move into commercial operations, including discussing technical and operational best practices, the company explained in its announcement of the board last month. The board “will assist senior management with the mission of opening space for all,” Whitesides said in that statement.

Whitesides joined Virgin Galactic in 2010 as chief executive after serving as chief of staff at NASA Headquarters. He had an earlier connection to the company as part of the first group of customers for its SpaceShipTwo suborbital spaceplane.

In July 2020, Virgin Galactic hired Michael Colglazier, a former Disney executive, as its new CEO. The company created a new position of “chief space officer” for Whitesides, giving him the responsibility of overseeing some of the company’s long-term plans in high-speed point-to-point travel and orbital spaceflight.

“By creating this new role of a chief space officer, we’re going to allow George the ability to dedicate his time and skill sets to brings these really important areas forward,” Chamath Palihapitiya, chairman of Virgin Galactic, said in a call with analysts in July about the leadership change.

Whitesides’s departure is part of a broader change in corporate leadership at Virgin Galactic recently. On Feb. 25, the company announced it was hiring a new chief financial officer, Doug Ahrens. He was previously chief executive of a semiconductor company, Mellanox, that was acquired in 2020. He succeeds Jon Campagna, who left the company effective March 1.

Virgin Galactic also announced Feb. 25 the hiring of two new executives. Swami Iyer will be the new president of aerospace systems at the company and Stephen Justice its new vice president of engineering. Iyer was previously president of GKN Advanced Defense Systems and earlier worked on aerospace programs at Honeywell Aerospace, Ultra Electronics and IAI. Justice worked for four decades at Lockheed Martin Skunk Works, including as director of advanced systems development.

“We are attracting incredible talent to join Virgin Galactic as we accelerate our path to commercialization,” Colglazier said in a Feb. 25 earnings call, discussing the hiring of Ahrens, Iyer and Justice, as well as a group of advisers to support the company’s work on its customer experience and marketing strategy.

Enrico Palermo, who had been chief operating officer of Virgin Galactic and president of The Spaceship Company, the subsidiary responsible for manufacturing SpaceShipTwo, left the company in late 2020 to return to his native Australia as the new head of the Australian Space Agency. Palermo had worked at Virgin Galactic since 2006.