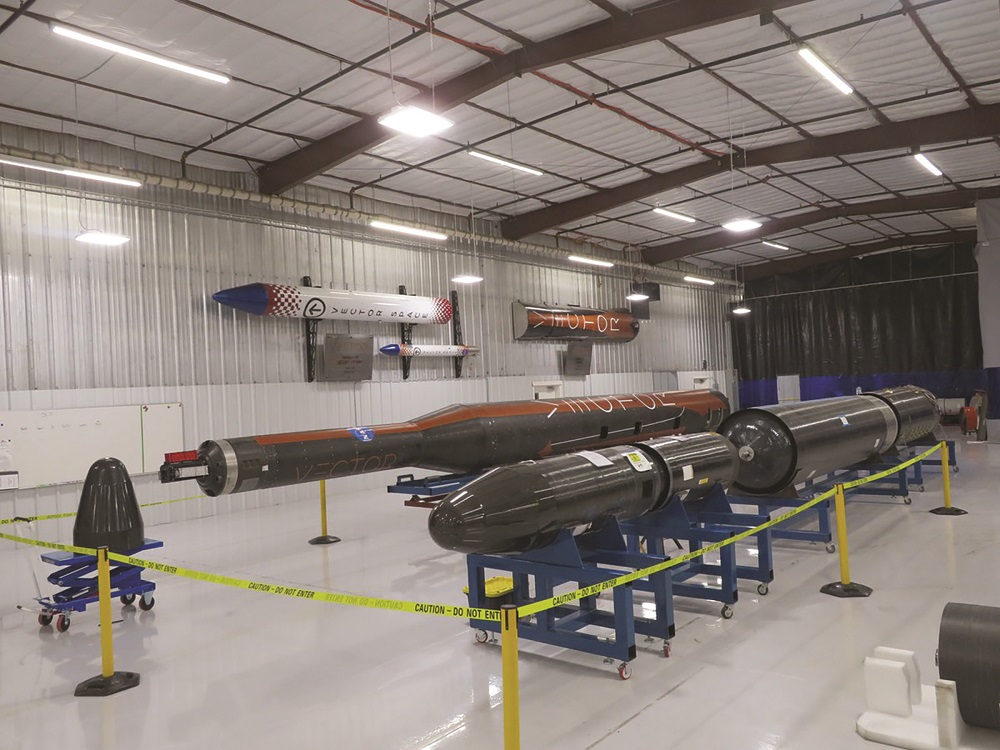 WASHINGTON — Vector, a small launch vehicle developer that went bankrupt in 2019, is getting a second chance under new ownership, with changes to both its technology and initial markets.

Vector has raised more than $100 million to develop a family of small launch vehicles, but suspended operations in August 2019 and laid off most of its employees after one of its key investors pulled out. The company filed for Chapter 11 bankruptcy in December and later decided to sell its assets.

Vector’s satellite assets, called GalacticSky, were acquired by Lockheed Martin in February for $4.25 million. Vector’s launch assets were sold in May to an entity known as TLS Bidco LLC for $1.175 million, according to bankruptcy court filings.

The new owner of Vector’s launch assets is a consortium led by John Moran, president and chief executive of Moran Logistics, a shipping company based in Pennsylvania. They are restarting Vector with Robert Spalding, a retired Air Force brigadier general who previously served on the staff of the National Security Council, as chief executive.

Spalding said in an interview he had been familiar with the original Vector during his time at the White House because of his work at the time on developing secure 5G networks. After leaving government service, he started up a 5G company and talked with Vector about supporting those plans. He kept in contact with Vector after it filed for Chapter 11 and convinced investors to purchase the assets.

One thing they did wrong was the technology the used for their engines. “They had some Achilles’ heels associated with their technical approach. They were trying to use a propellant combination that was untested in the industry,” said Chris Barker, who serves as Vector’s chief rocket scientist. “They were struggling with trying to get performance that they knew they needed for a small launcher to be successful, and ultimately their test program was unsuccessful.”

“With the starting point we got from the assets of out of the bankruptcy and our propulsion technology, we had a technically winning combination,” he said.

Testing of the engines will begin shortly, Barker said, followed by integrating the engines into the existing design of the Vector-R rocket. The company expects to make only limited other changes to the rocket, such as a new helium pressurization system for the engines, but Barker said the company may reconsider the use of a vehicle structure made entirely of carbon composites. The improved performance of the new engines could allow Vector to replace some composite structures with aluminum, reducing cost and complexity.

A first suborbital flight of the revised Vector-R could take place in 12 to 15 months, he estimated. One vehicle was nearly completed at the time Vector went bankrupt, with several more in various stages of assembly. There are also components and materials in stock for dozens of more rockets, which the original Vector purchased as part of its mass production plans.

Another change for Vector is that the company will initially focus on suborbital rather than orbital launches. “If you look at the suborbital market, there’s a lot out there,” Spalding said. “We’re going to focus hard on suborbital and try to take a good chunk of the suborbital business, and then incrementally use that to eventually get into orbital.”

That suborbital market is primarily focused on government customers in the United States and elsewhere. One is sounding rockets, a fairly mature and static market for research applications. “There’s other government uses for this type of vehicle that, quite frankly, are in high demand,” he said.

“There’s a need for suborbital capability that can be very responsive for testing or evaluation purposes,” Barker added. “We’re there to support anyone who needs to get a ride off the ground for whatever purpose.”

Neither would elaborate on those markets, but both emphasized the ability to launch the rockets from a transporter-erector-launcher, or TEL, a mobile launch system traditionally associated with missiles. Barker said they are not developing Vector as a weapons system, but one industry source, speaking on background, said a possible application would be to serve as targets for missile defense tests.

The company has also been secretive about its financing. Spalding said that, in addition to Moran, the company’s owners include “another gentleman from New York” who he declined to name. Those owners are funding the company, but haven’t disclosed how much they are investing into the company.

Spalding said Vector may raise some funding in the near future “as a way of offloading some of the risk of the first 12 months of operation.” A larger fundraising effort would follow in about a year to scale up the company.

Vector is hiring people now, he said, but declined to say how many were working for the company. That includes rehiring some people who previously worked at the company, such as engineers and technicians. “We’re focused on bringing people on that are getting their hands dirty building these rockets,” he said. “We’re going to be a very engineer-heavy company.”

He added, though, there were no plans to hire executives of the original Vector, such as its former chief executive, Jim Cantrell. “This is all new leadership, all new direction,” he said.