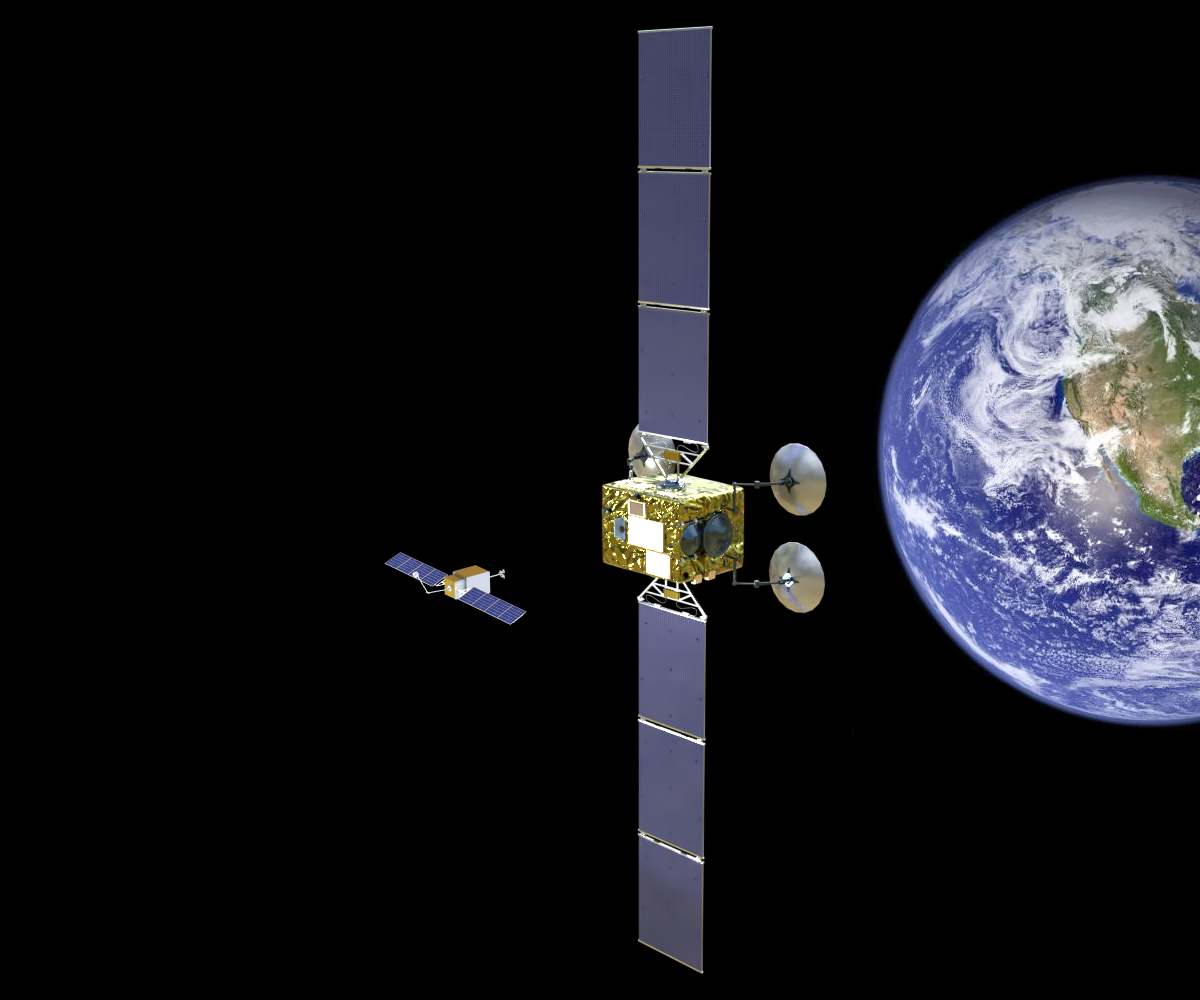 SpaceX is planning to launch tens of thousands of Starlink broadband satellites to join the more than 1,600 it already has in orbit, and a growing number of constellation operators are following suit.

While this creates new opportunities for the expanding space industry, it also poses novel challenges in increasingly crowded skies.

Kent, Wash.-based Starfish aims to launch an all-electric spacecraft called Otter in 2023 or 2024, promising services including extending the operational lives of satellites, moving them to different orbits and removing debris.

It joins an emerging market for in-orbit servicing, which saw Northrop Grumman’s MEV-2 satellite servicer dock to an operational satellite for the first time April 12 to extend its life.

Tokyo-based startup Astroscale plans to carry out its first end-to-end test of key technologies for in-orbit debris removal this summer.

But these spacecraft are significantly larger and more expensive than the Otters that Starfish is developing, according to co-founder Trevor Bennett.

In December, the startup secured $15,000 from Hyperspace Challenge, a business accelerator run by the Air Force Research Laboratory and CNM Ingenuity for the U.S. Space Force, to develop autonomous technology for space.

Bennett said a business case exists now for in-orbit satellite servicing in GEO, particularly for life extension, and will soon emerge for LEO — including debris removal.

“As we launch more and more satellites these problems compound, and the opportunities compound,” he told SpaceNews in an interview.

Starfish envisages operating a fleet of dozens of Otters in orbit that can be called upon to assist another satellite, providing extra thrust to extend its life or de-orbiting it if there is a component failure.

“As we think about the space debris problem, there’s really the external influence — where you’re dodging somebody else’s debris or somebody else’s satellite — and then also your internal problem, where if you’ve already put your satellite up there and you want to maintain your lane of traffic … you have a self-interest to remove your own satellites,” Bennett said.

“And that’s where we can help augment some of these constellations to allow them to operate through uncertainty, because space is an uncertain environment. There could be a number of challenges that might arise.”

Starfish will soon test its flight software on thrusters Benchmark Space Systems is developing, which will be part of a condosat launching in June on a SpaceX Falcon 9 rideshare mission to demo in-orbit refueling.

The thrusters will be refueled with hydrogen peroxide by Orbit Fab’s Tanker-001 Tenzing, in a mission that is taking place on an Astro Digital-built condosat.

Starfish said May 18 it is integrating its Cephalopod rendezvous, proximity operations and docking (RPOD) software with the thrusters.

“Orbit Fab is thrilled to see the enthusiasm and expertise driving innovative collaborations like this one between Starfish Space and Benchmark Space Systems focused on honing capabilities that will fuel the future of space,” Orbit Fab CEO Daniel Faber said in a statement.

“The more partnerships there are pushing new ideas and innovations, the sooner the broader space industry will catch the wave of new in-space services like our Orbit Fab Gas Stations in Space™ tanker set to launch RPOD maneuver demonstrations in a matter of days.”

Bennett added that Starfish will test its software later this summer on a TILE 2 thruster from Accion Systems, which uses electric propulsion and is also on the condosat.

Next summer, he said Otter will demonstrate a capture mechanism it is calling Nautilus.

He declined to disclose how the capture system will work.

While Starfish’s space tows involve two independent bodies that come together in-orbit to interact, others are developing tugs that integrate with satellites on the ground before launch.

They are mainly targeting last-mile delivery services, serving growing demand for sending small satellites to custom orbits once launched on a rocket.

Spaceflight, which is brokering the June rideshare mission that will launch Orbit Fab’s Tanker-001 Tenzing, is expanding a suite of space tugs called Sherpa that will use Benchmark’s thrusters.

Momentus, another in-space transportation startup, has plans to raise $310 million to support its Vigoride service by merging with a SPAC, or special-purpose acquisition company.