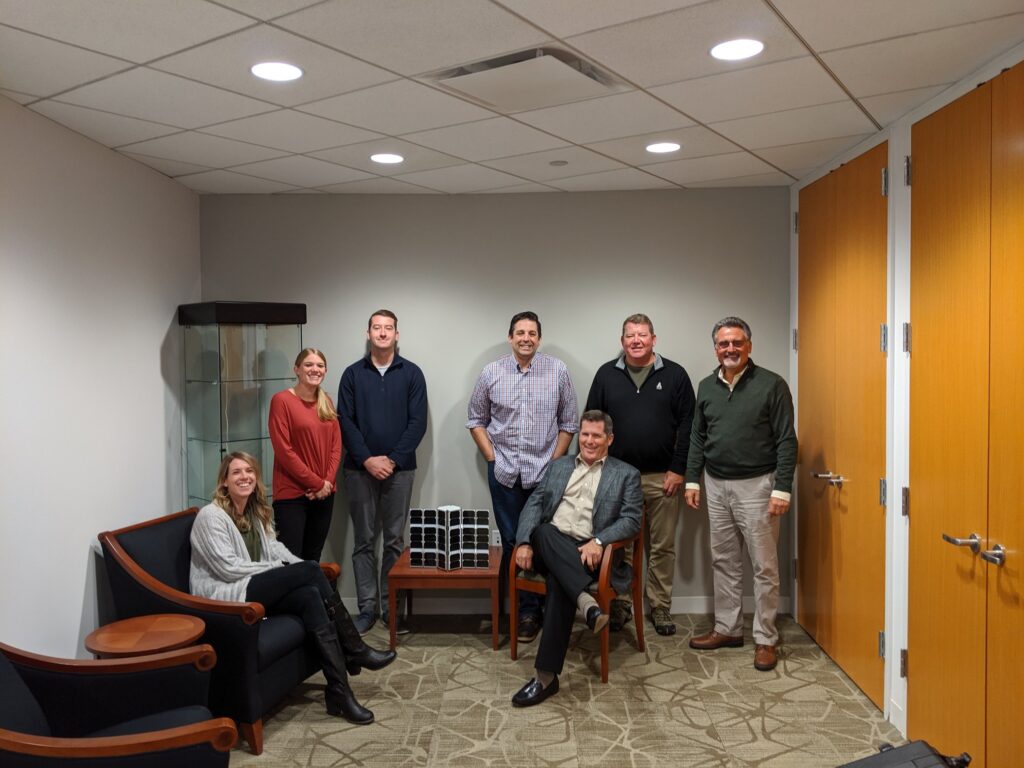 WASHINGTON — Spire Global has opened its sixth office, setting up a team of 10 employees in the nation’s capital as it seeks to gain more U.S. government business.

Spire established its Washington office after finding that its U.S. headquarters in San Francisco and its location in Boulder, Colorado, were insufficient to address government customers, Platzer said in an interview.

“We simply could not manage the demand that was there with the existing people,” Platzer said. “We kept trying to borrow people from other offices, and in the end it just made the most sense to be where the customer is.”

Spire’s cubesat constellation collects weather data, ship location data and, most recently, aircraft tracking data. Platzer said Spire’s weather data is currently the “No. 1 draw” for government customers, but added that that could change following the recent rollout of a “satellite as a service” business.

As one of the early adopters of cubesats, Spire builds its own satellites and operates its own network of 70 ground station antennas across 17 countries, he said. The company also regularly arranges launches for its satellites. Platzer said Spire’s satellite-as-a-service business, initiated this spring, allows the company to use that scale for customers.

“We run the whole infrastructure, you just bring your payload,” he said. Spire would handle satellite manufacturing, launch, and ground communications, he said.

“We push out a satellite a week. We push out a launch about every eight weeks, and we do 45,000 [satellite ground station] contacts a month. We have a massive scale in our operations,” he said.

Platzer said Spire has “reasonable traction” with government customers in its maritime business tracking ships equipped with automatic identification system transponders. He said Spire is partnering with other companies to continue to track ships when they turn off those transponders, since Spire’s satellites can then no longer track them.

Kleos Space, a Spire partner, is launching its first four “dark ship” tracking satellites on an Indian PSLV rocket in December. Other companies have also launched satellites to track dark ships from space, notably Hawkeye 360 and UnseenLabs, by scanning for telltale radio signals.

Platzer said Spire is eager to break what it views as a monopoly by Aireon on aircraft tracking using ADS-B transmissions. Aireon uses a network of hosted payloads on Iridium’s constellation of 66 cross-linked, low-Earth-orbit satellites to track aircraft in near-real time.

“Aireon is a high-priced, low-latency product,” Platzer said, adding that this is fine for airports where air traffic is very concentrated, but not needed elsewhere.

“For any aircraft that just wants to fulfill its regulatory requirement of reporting its position every 15 minutes, or any airline that wants to optimize its fleet, know where its aircraft are, or do preventive maintenance… having that low latency versus a latency of 15 minutes or 30 minutes provides zero extra benefit.”

“The system was built to provide a much higher standard of service required for mission critical, safety-oriented services,” he said by email. “Our position updates every 8 seconds or less, with a less than 2 second latency.”

Platzer said that while Spire’s business is slightly more than half government customers today, the company expects commercial to become the larger side over time. Spire plans to add a few more people to its Washington office, he said, but doesn’t have a final size in mind.