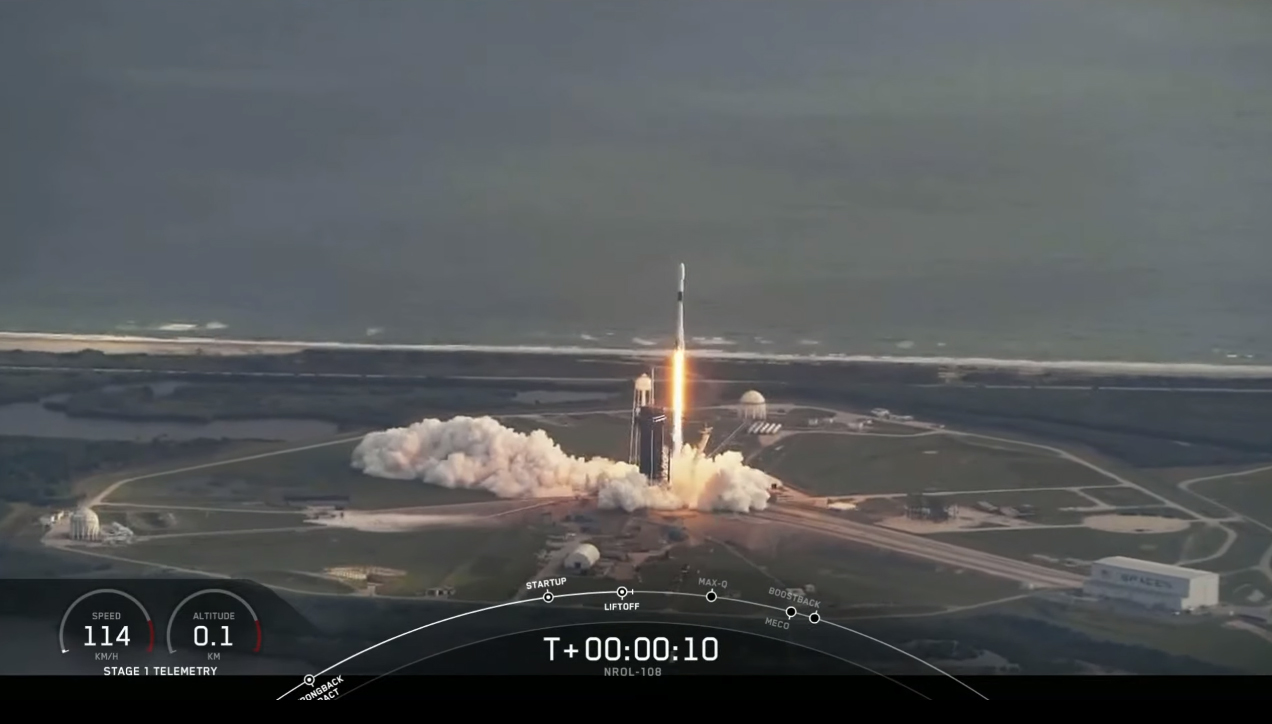 A Falcon 9 carrying the NROL-108 mission lifted off at Dec. 19 at 9:00 a.m. Eastern from Space Launch Complex 39 at Kennedy Space Center.

WASHINGTON — A SpaceX Falcon 9 launched a classified mission for the National Reconnaissance Office Dec. 19. It was the company’s 26th and final launch of 2020.

The Falcon 9 carrying the NROL-108 mission lifted off at 9:00 a.m. Eastern from Space Launch Complex 39 at Kennedy Space Center, Florida.

The launch was originally scheduled on Dec. 17 but was scrubbed after engineers put a hold on the countdown less than two minutes before liftoff. The company delayed the launch to evaluate a high pressure sensor reading in the upper stage liquid oxygen tank.

This was SpaceX’s second launch for the NRO. The first one was NROL-76 which flew on a Falcon 9 in May 2017 from the same pad.

The NRO builds and operates the U.S. government’s spy satellites. The NROL-108 mission and final orbit are classified. SpaceX’s webcast ended about eight minutes after liftoff and did not show the second stage.

The Falcon 9 booster used in the NROL-108 launch completed its fifth flight. It last flew on Aug. 30 when it launched the Saocom Argentine radar satellite from Cape Canaveral.

Although NROL-108 is a U.S. government mission, it was a commercially procured launch and not part of the U.S. Space Force’s National Security Space Launch program. That was also the case with NROL-76 in 2017.

The NRO and other government agencies buy commercial launch services under “delivery in orbit” contracts where the procurement of a satellite is bundled with the launch service.

Wayne Monteith, associate administrator for commercial space transportation at the Federal Aviation Administration, said the NROL-108 mission is an example of the NRO leveraging the commercial licensing process. “It’s a way to reduce costs,” he said Dec. 15 during a Space Foundation virtual event.

The NRO also has procured commercial launches from Rocket Lab, which also are licensed by the FAA.