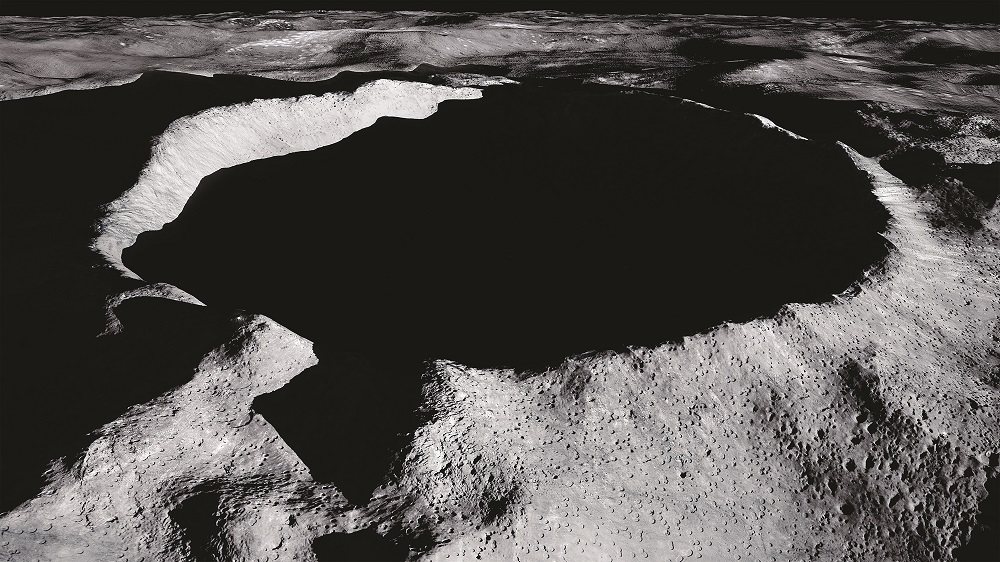 The moon has formed the isolated backdrop for a new era of space exploration. As you read this, there are teams of exploration advocates around the world striving to reach its surface. This goal may be accomplished as early as next year.

This new age is one that is being led not by spacefaring superpowers seeking to fly flags and footprints but instead by numerous private companies, each vying to demonstrate their capability to fly 385,000 kilometers through the vacuous darkness of space and safely soft-land on our celestial neighbor. The rise of such companies follows the renewed focus on the moon by space agencies around the world, spurred on the by the Global Exploration Roadmap, as we prepare once again for crewed deep space exploration. This resurgence of lunar exploration has reached fever pitch and soon these private companies will provide the capability to deploy scientific and commercial payloads to various locations on the moon’s surface for the first time in history.

The price tag to perform such a magnificent feat of engineering? About $1 million per kilogram. Think about that for a second; that’s the mass of just 1 liter of water.

As the space industry continuously vies with the world’s biggest issues for its share of public support (and funding) it is imperative that we do everything we can to lower these costs and deliver milestones that truly benefit those of us left here on Earth. So, with such price tags on our most basic amenities, how could we ever possibly afford to permanently expand humanity’s presence further into space?

The answer lies in going back to the roots of human existence; living off the land. The moon’s barren surface was once described by Buzz Aldrin as “magnificent desolation” and it appears to be exactly that at first glance. But lying within the unmoving surface layers is a treasure trove of resources adequate to nurture a settlement of future explorers.

Among the plentiful resources on the moon are various metals trapped as oxides in the surface material (regolith). These oxides can be used in the coproduction of oxygen and pure metals to provide astronauts with breathable air and sturdy 3D-printed structures in which to shelter from micrometeorite impacts and the constant stream of potentially lethal cosmic rays that emanate from supernova explosions far outside our solar system.

Looking much further ahead, rare Earth metals may also be extracted for use in our advanced electronic devices or even Helium-3 for fuel in our yet-to-be-built fusion reactors. But the most immediate, and to me the most exciting, avenue for resource utilization on the moon is lunar ice.

Water has long been theorized to exist on the lunar surface due to a unique quirk of the entwined orbital geometry between the Earth and the moon. Due to this very stable set up, which has existed for billions of years, the moon’s axis is tilted only 1.5 degrees relative to the sun’s incoming rays. This means that at the lunar poles there exist regions within deep craters that are utterly untouched by sunlight.

This, coupled with the fact that there is little-to-no atmosphere, means that there are extreme temperature differences between light and dark on the moon, upward of 150 degrees Celsius. These unlit regions within craters, referred to as permanently shadowed regions, or PSRs, are now known to host vast quantities of water ice that have been lying in perfect isolation for hundreds of millions of years. Although an exceedingly difficult number to quantify, it is commonly believed that the quantity of water in these PSRs exceeds 100 million tons.

Companies and agencies around the world are already investigating if this lunar water can be successfully and efficiently harvested. If so, it will unlock untold possibilities for our future in space.

The beauty of lunar water is that it may prove to be remarkably easy to harvest with robotic technologies. ESA already has plans to demonstrate this through a proposed mission called Heracles. By utilizing a new NASA-led space station around the moon, the Gateway, which is slated for construction in 2024, astronauts can tele-operate a rover and collect lunar samples for eventual return to Earth. What’s more, many of the transportation companies that intend to fly to the moon within the next few years seek to demonstrate roving capability once on the surface. This means that within the next decade there may be tens of companies with the ability to harvest water robotically in preparation for the return of humans to the surface.

A mission profile which relies heavily on precursor robotic utilization, although perhaps not as exciting as watching a human bounce gleefully across the dusty lunar surface in low gravity, will reduce risks for astronauts. If enough water can be harvested in advance by their robotic companions, astronauts can arrive at a rudimentary base with preliminary supplies, thereby reducing the amount of propellant used at every step in the mission.

With access to lunar ice, we can finally realize our vision of sustainable, affordable expansion beyond low Earth orbit. Of course, the most obvious examples of this are purifying lunar ice through a simple boil-off procedure into drinking water. Or one could use solar arrays to harness the sun’s energy to electrolyze the ice and form oxygen for astronauts to breathe; a practice which is already commonplace aboard the International Space Station. Water will allow us to begin cultivating fresh food, which will have huge benefits for astronaut’s physical and mental health during future missions.

The list goes on. Water is even vital when not being consumed. Due to its high hydrogen content, it can be utilized as an efficient radiation protection to help shield astronauts from the never-ending stream of cancer-inducing space radiation.

In the far future, it will also be possible to convert lunar ice into liquid hydrogen and liquid oxygen to form a rocket propellant with impressive characteristics. By leveraging the moon, or more precisely cislunar space, as a refueling station on the highway to deep space it may be possible to drastically lower the price of space exploration — as we would no longer have to lift hundreds of tons of extra propellant off the surface of the Earth. This point, I should note, is heavily contested due to the difficulties in storing liquid hydrogen over long durations. However, the skeptics would appear to be betting against the world’s richest man, Jeff Bezos, and his space company Blue Origin—it is no coincidence that their lunar lander, Blue Moon, will rely on a newly developed engine fueled by liquid hydrogen and liquid oxygen.

Skeptics aside, there is no doubt in my mind that the moon is the ideal next steppingstone on our global exploration journey. And by utilizing the available resources in-situ, we will gain the ability to greatly reduce the costs of exploring the moon and work toward a truly sustainable and permanent outpost in space. Over the coming decades, and with the right nourishment from national agencies, new deep space industries will mature, and a lunar economy will be born: an economy with lunar water at its heart.

Calum Hervieu is a mission analyst at Planetary Transportation Systems GmbH (formerly PTScientists GmbH), a Berlin-based company that aims to land a privately funded spacecraft on the moon.

This article originally appeared in the Oct. 21, 2019 issue of SpaceNews magazine.