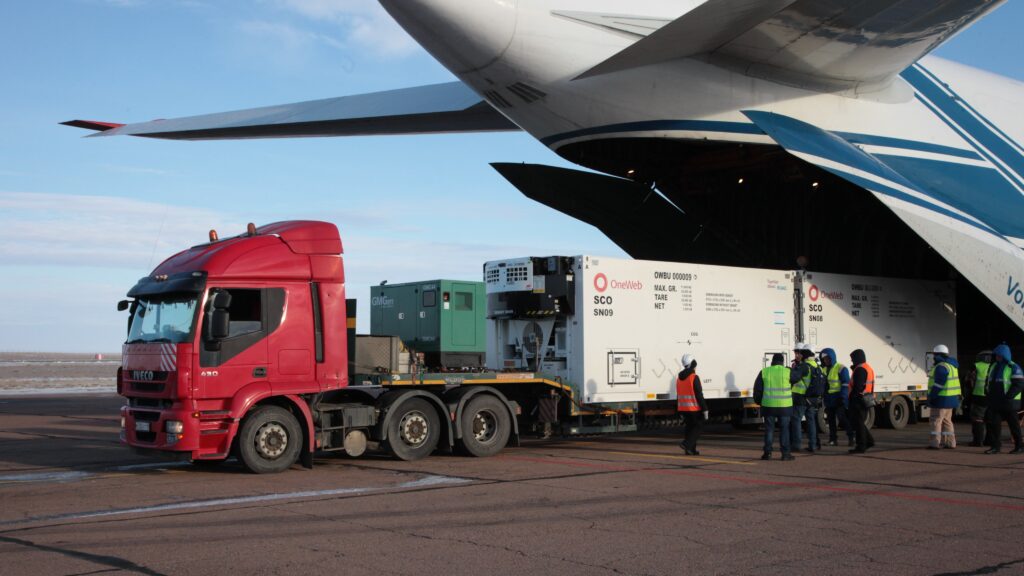 WASHINGTON — As OneWeb prepares to begin monthly launches for its broadband constellation next month, the company and a U.S. Senator are pushing the FCC to act on an application filed nearly two years ago for 1,260 more satellites.

OneWeb and Sen. Tim Kaine (D-Va) contacted the U.S. Federal Communications Commission about the application, which if approved would allow OneWeb to provide internet access in the United States with a total of 1,980 satellites. The company is currently authorized for service with 720 satellites, of which six are in orbit and the next 34 launch Feb. 7.

OneWeb, in a letter filed Jan. 24 and released Jan. 27, said it will soon need to arrange more launches so that it can continue expanding its constellation after 2021. The company has secured rides to orbit for roughly 720 satellites already with Arianespace on 20 Soyuz rockets and the inaugural flight of the Ariane 6 late this year.

OneWeb, which is headquartered in the United Kingdom, does not need FCC approval to launch satellites, but views the U.S. market as significant enough to influence its constellation plans. One of the company’s first customers is Alaska-based Pacific Dataport, which hopes to start offering OneWeb satellite internet in the fourth quarter of this year.

Kaine sent a letter to the FCC on Dec. 4 inquiring about the OneWeb application.

“It is my understanding that [OneWeb’s] modification application has been pending at the Commission for more than 18 months,” Kaine wrote. “Accordingly, please give full and fair consideration to OneWeb’s project, which could benefit Americans across the country.”

FCC Chairman Ajit Pai responded to Kaine Jan. 14, saying the FCC “continues to work on OneWeb’s modification request,” and is “considering how the increase in the number of satellites may impact the licensees of the first processing round.”

“Please be assured that all applications will be given full and fair consideration throughout this process,” Pai wrote.

OneWeb first applied for Ku- and Ka-band satellite frequencies with the FCC in April 2016, triggering a wave of 11 additional applications that included SpaceX, SES and Kepler Communications.

OneWeb said it found the length of the FCC’s review for its modification request “surprising,” since other modifications have been accepted. The FCC in 2018 approved additional satellites for SpaceX and Telesat Canada, and has approved two changes to SpaceX’s constellation.

OneWeb said it sought to modify its application in March 2018 after the FCC relaxed its deadlines for satellite operators to keep their market access rights.

After the rules changed, OneWeb sought to match its FCC market access with the full number of satellites in its filing with the International Telecommunications Union.