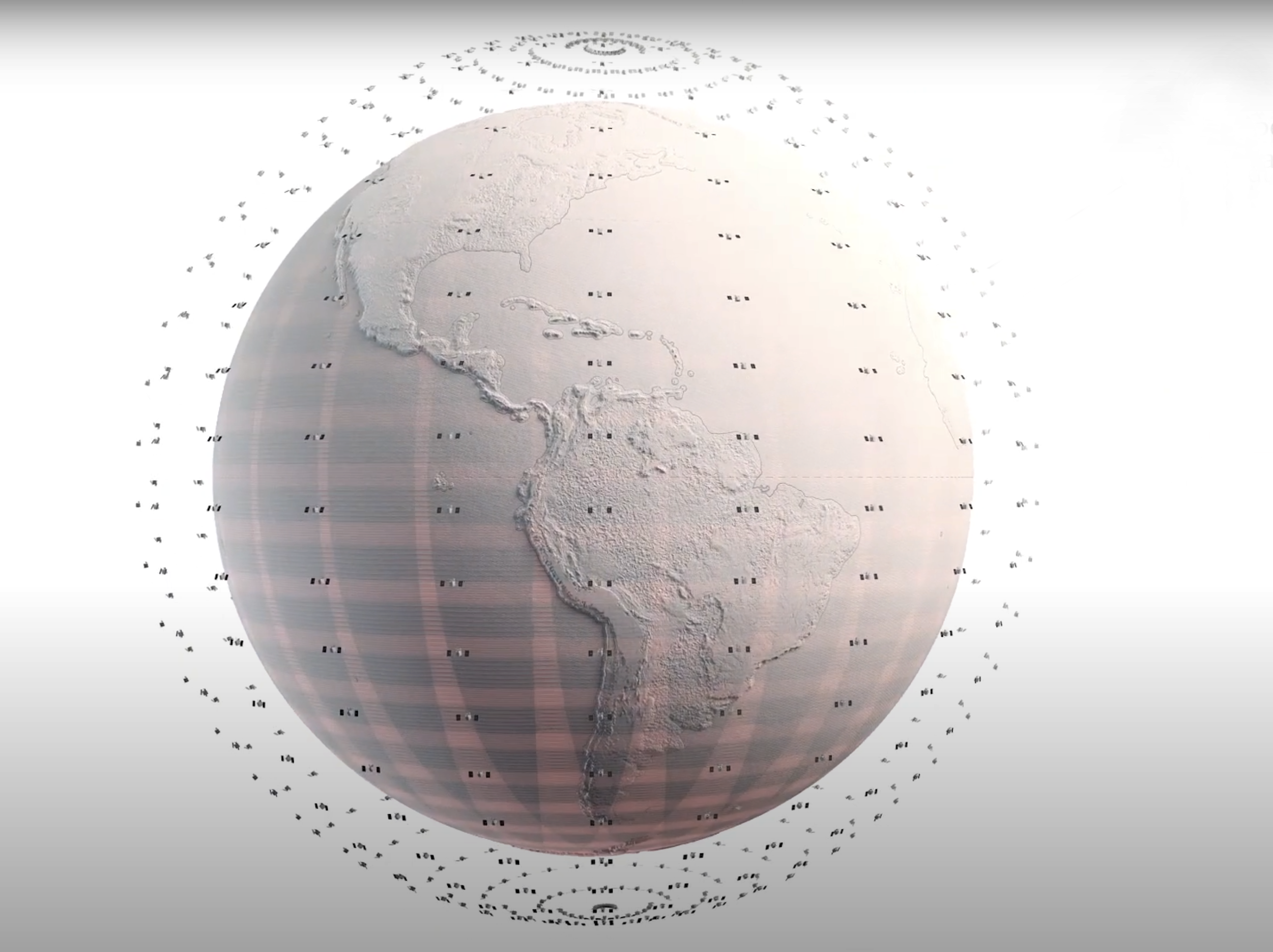 OneWeb said Oct. 26 it is partnering with NEOM Tech & Digital Holding Company, a business entity Saudi Arabia created as part of an effort to develop a planned modern city and tourist destination in the northwest of the country.

The OneWeb partnership is part of NEOM’s goal to secure access to tens of terabytes of scalable capacity by 2030, helping it attract urban and rural businesses and communities to the region. In addition to OneWeb’s low Earth orbit (LEO) satellites, the strategy includes the construction of subsea and terrestrial communications cables, 5G cellular towers and fiber networks.

NEOM is spending $170 million to buy satellite capacity from OneWeb under a seven-year contract.

The holding company is also investing $30 million in a joint venture with OneWeb that will resell the capacity in Saudi Arabia, the broader Middle East and neighboring East African countries.

With more than half its 648-strong satellite constellation deployed to date, OneWeb expects to launch commercial services in the upper part of the Northern Hemisphere this year, with global services to follow in 2022.

However, OneWeb expects its contract with NEOM to exclusively distribute its services in target regions to commence in 2023.

“This agreement includes a ground station in Neom so the timeline reflects the need to buil[d] that but we will commence global services in 2022,” a OneWeb official said via email.

At 348 satellites, OneWeb said it is the second-largest LEO operator and the only one licensed in Saudi Arabia.

SpaceX’s Starlink broadband constellation is currently the largest in LEO with more than 1,600 in-orbit so far.

OneWeb said its joint venture with NEOM builds on an agreement it signed with Saudi Arabia’s Ministry of Communications and Information Technology (MCIT) back in 2017, when they agreed to collaborate on solutions to extend connectivity to more homes across the country.

NEOM will help test and develop satellite-based cybersecurity solutions under the joint venture announced Oct. 26, in addition to positioning and navigation capabilities that OneWeb is exploring for the U.K. government.

The British government is an investor in OneWeb, and the venture said the partnership with NEON also strengthens ties between Saudi Arabia and the U.K.

“It demonstrates that the UK Government’s investment in OneWeb continues to be a catalyst for international collaboration, while securing jobs at home and driving investment into the UK space sector.”