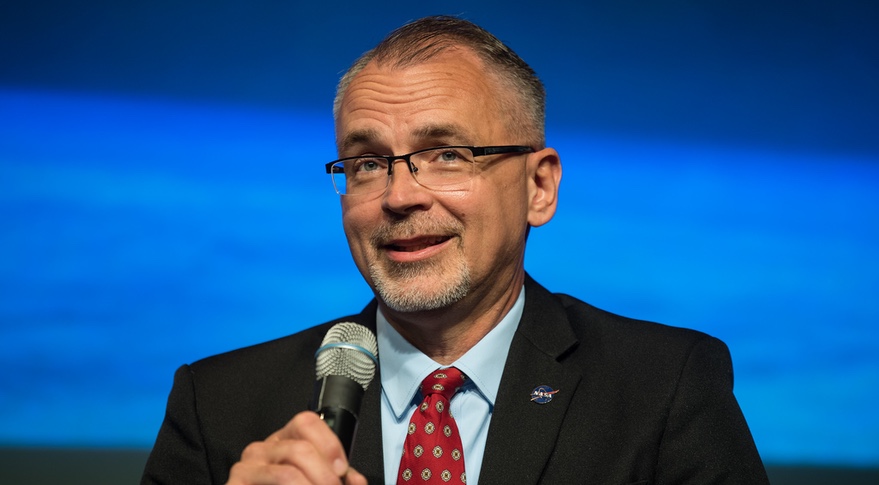 DUBAI, U.A.E. — NASA will provide an update on its plans for the Artemis program as the new head of the agency’s exploration efforts works to get up to speed on both near-term and long-term priorities.

NASA will hold a media teleconference Nov. 9 to “provide an update on the agency’s exploration plans under Artemis,” the agency said in a Nov. 5 statement. NASA didn’t provide further details about the update or who will speak at the event.

The announcement came a day after a federal judge ruled against Blue Origin in its lawsuit against NASA regarding the agency’s decision to make a single Human Landing System (HLS) award to SpaceX in April. Blue Origin, which filed the suit after the Government Accountability Office rejected a protest about the HLS award in July, effectively conceded after the judge’s decision, with company founder Jeff Bezos tweeting “we respect the court’s judgment, and wish full success for NASA and SpaceX on the contract.”

NASA had been able to say little about the HLS program while both the protest and the lawsuit were ongoing, halting work on the contract. “We’re awaiting the court decision,” Jim Free, NASA associate administrator for exploration systems development, said in an interview last month during the 72nd International Astronautical Congress.

The agency has been working on longer-term lunar lander efforts, including plans to seek bids for lunar lander services after the single demonstration mission included in HLS. “The HLS team has been thinking about what we’re doing for lunar transportation services for the long haul,” he said, such as the series of “Appendix N” risk reduction awards announced Sept. 14. “We’re trying to buy down the risk for future landers with Appendix N.”

Lunar lander development is just a small part of his portfolio, which includes the Space Launch System, Orion and Exploration Ground Systems. Those programs are facing their biggest test with the upcoming Artemis 1 uncrewed test flight, now scheduled for no earlier than February.

“The priority is Artemis 1,” he said. “We have to do that mission correctly. We have to ensure that we’re ready to go.”

The formal creation of those two mission directorates is still a work in progress, Free said. “We have milestones that we have to do with our internal stakeholders and our external stakeholders as we develop that,” he said, ranging from the agency workforce to members of Congress. A goal is to have a plan to present to the agency’s leaders by the end of November.

Free said the new structure won’t simply duplicate what existed before the formation of HEOMD in 2011, when the exploration systems and space operations were combined. “We’re just not repeating the past. We’re trying to structure it around the Artemis program,” he said, including both the initial Artemis missions to the moon and planning for later missions to Mars. “Our organization structure will include a focus on Mars.”

Another aspect of the new structure is the intent to shift programs developed by the Exploration Systems Development Mission Directorate to the Space Operations Mission Directorate once they are ready for normal operations. “We have to hand over programs. That’s the whole premise of what we’re doing here,” he said.

Figuring out when those programs shift from one directorate to the other is still being worked out. He said that, as one example, Orion might be ready to move over to space operations after Artemis 3, once it’s demonstrated the ability to support astronauts and perform dockings around the moon. However, those decisions will also depend on other factors, like contracts. “Each one is going to look a little bit different,” he said.

Free was a former director of the Glenn Research Center and a deputy associate administrator in HEOMD before going to the private sector in 2017. He said agency leaders, including Deputy Administrator Pam Melroy and Associate Administrator Bob Cabana, contacted him about returning to NASA to lead the new Exploration Systems Development Mission Directorate.

It was, he suggested, not a tough sell. “How do you not take the job where you get the chance to lead going back to the moon and to Mars?” he said.