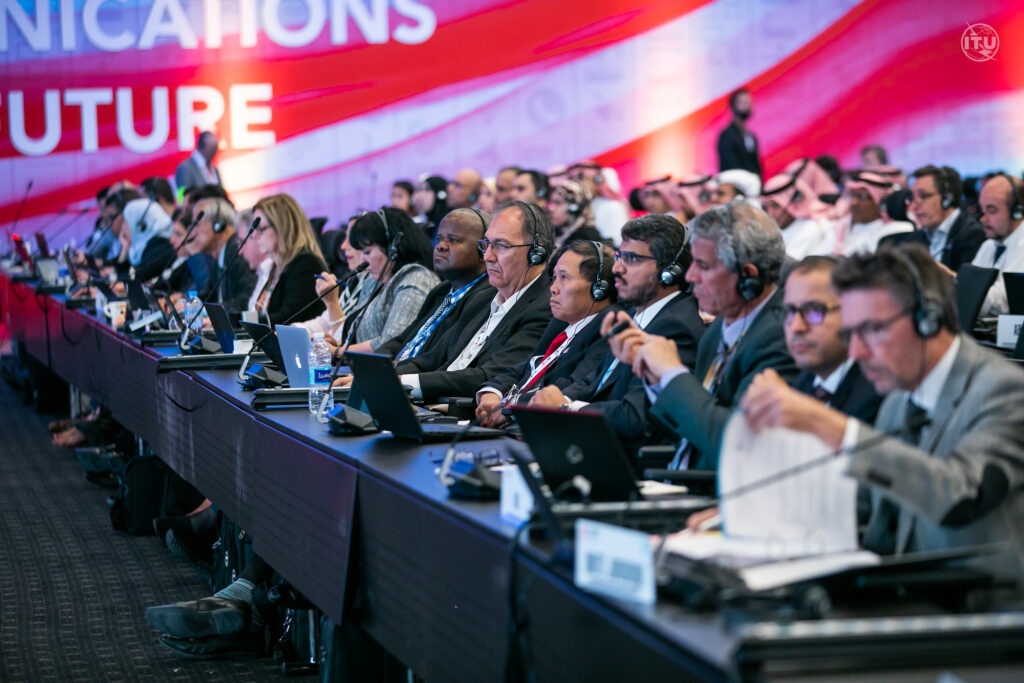 Grace Koh, the ambassador leading the U.S. delegation at WRC-19 in Sharm el-Sheikh, Egypt, this month, said there are several space-related topics the U.S. is following closely at the four-week event. There, regulators from around the world discuss and decide on the best ways to use spectrum for everything from satellites to cellphones.

The WRC-19 discussion on establishing deployment milestones that require satellite operators continue launching spacecraft to maintain their spectrum priority status, “will be quite critical,” she said during a call with reporters.

Koh said the U.S. developed a proposal with other countries in North and South America that it will support at the conference through CITEL, the Inter-American Telecommunication Commission.

Ajit Pai, chairman of the U.S. Federal Communications Commission, said the Americas region is supporting milestones that would call for constellation operators to launch 10% of their satellites in three years, 50% after five years and 100% after seven years.

“That is the mission we have consistently advocated this week,” Pai said.

He didn’t say if those milestones would have a set start date or would follow a seven-year window for operators to prove their need of the spectrum through a “bring into use” procedure.

Today, prospective satellite operators have seven years to launch a single satellite for a constellation of any size, and operate it for 90 days to bring the spectrum into use. After completing this process, later ventures must design their systems to avoid interference with the original operator.

Rules at the international level are not the same as what the FCC requires of companies wanting to do business in the United States. Constellations authorized for U.S. market access have six years to deploy half their constellation, and nine years to reach 100% deployment, otherwise their FCC approval is capped at the number already launched when the clock runs out.

Koh said the U.S. is also following discussions on spectrum coordination between NGSO systems and satellites in higher up geosynchronous orbit. WRC-19 discussions around the optimal spectrum parameters for satellite terminals on vehicles and other moving platforms, called earth stations in motion, are also of interest to the United States, she said.

Koh confirmed that delegates from National Space Council will be attending WRC-19, specifically during the weeks of Nov. 4 and Nov 11. She said the National Space Council doesn’t have an assigned role as part of the U.S. delegation — which represents the entire U.S. government and not any one agency — but that she expects the council “will be able to advocate for U.S. positions.”

Pai said the U.S.’s goal is to have a balanced approach to all communications technologies, be they in space or elsewhere.

“I’ve been very gratified by the fact that all members of the [U.S.] delegation share the view that we are not here representing our particular organization or company or even technology,” Pai said. “We’re here to represent the United States.”

Pai said the U.S. delegation is finding a receptive audience at WRC-19 for its proposals, at least so far. “We’ve seen delegates very willing and able to talk to us,” he said. “I’ve been very impressed with the fact that our presence on the international stage has been very well received.”

Pai’s assessment marks something of a turnaround from what the U.S. delegation experienced four years ago. FCC Commissioner Michael O’Rielly said last year that some countries at the 2015 WRC blocked U.S. proposals for what was apparently no other reason than to frustrate the U.S.

Pai cautioned, though, that WRC-19 is a long event, and outcomes remain to be determined.

“The WRC is a marathon not a sprint, [but] even in the early legs of that marathon, I think the fact that we have seen such openness to considering our positions is a good sign of things to come,” he said.

Koh said the U.S. has ideas ready for future agenda items, such as a discussion on spectrum procedures regarding inter-satellite links. Future agenda items, once finalized at the end of WRC-19, are set for discussion at the next such conference in 2023. WRCs occur every three to four years, and are organized by the International Telecommunication Union, a division of the United Nations.