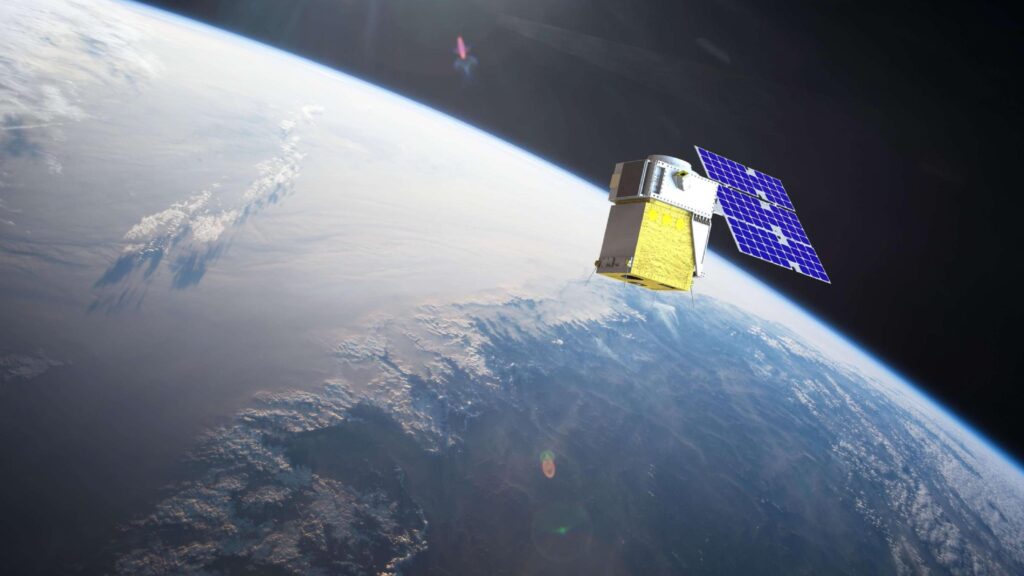 WASHINGTON —  Loft Orbital has raised a fresh $13 million to continue development of a constellation of small satellites purpose-built to carry a mix of payloads for customers who don’t want to fly their own satellites.

Sunil Nagaraj, who invested in Rocket Lab and Spire as principal at Bessemer Venture Partners, also participated in Loft Orbital’s Series A through Ubiquity VC, a $30 million fund he founded after leaving Bessemer.

YAM-2  — short for Yet Another Mission — will carry five payloads: an Internet of Things telecom payload for Eutelsat; a methane sensor for Orbital Sidekick; a satellite positioning payload for Fugro; an imager for the UAE government; and a blockchain payload for SpaceChain.

Loft Orbital’s business model entails buying satellite buses from spacecraft vendors and outfitting them with a mix of payloads provided by customers who pay a fee for space on the Loft Orbital-owned-and-operated satellite.

Loft Orbital, a 30-person startup, is integrating YAM-2 in house using a satellite bus supplied by Blue Canyon Technologies, a Boulder, Colorado-based small-satellite manufacturer. Loft Orbital hasn’t said who will build the buses for the YAM-3 mission launching in 2020 and the YAM-4 mission launching in 2021, but expects to announce its vendor choice by the end of this year, Greenberg said.

Pierre-Damien Vaujour, Loft Orbital co-founder and chief executive, said YAM-2, YAM-3 and YAM-4 will be built on individually ordered satellite buses, but the company plans to place a batch order by April for 10 to 20 satellite platforms from a single vendor.

Loft Orbital says it’s satellites will weigh roughly 100 kilograms, including customer payloads. Greenberg said YAM-3 is 85% booked, thanks in part to returning customers, and YAM-4 will be split between a national space agency and a Fortune 100 company he declined to name.

Though Loft Orbital’s deployment schedule has slipped a few months due a launch vehicle delay for YAM-2 and customer readiness for YAM-4, Greenberg said the company should have the first two satellites in orbit next year and its third in 2021.

That delay hasn’t deterred investors. Nagaraj, who counts Loft Orbital as his first investment at Ubiquity VC, praised the startup for its speed.

“The pace with which they’ve built products and closed deals with customers is virtually unheard of in this community,” he said in a statement.