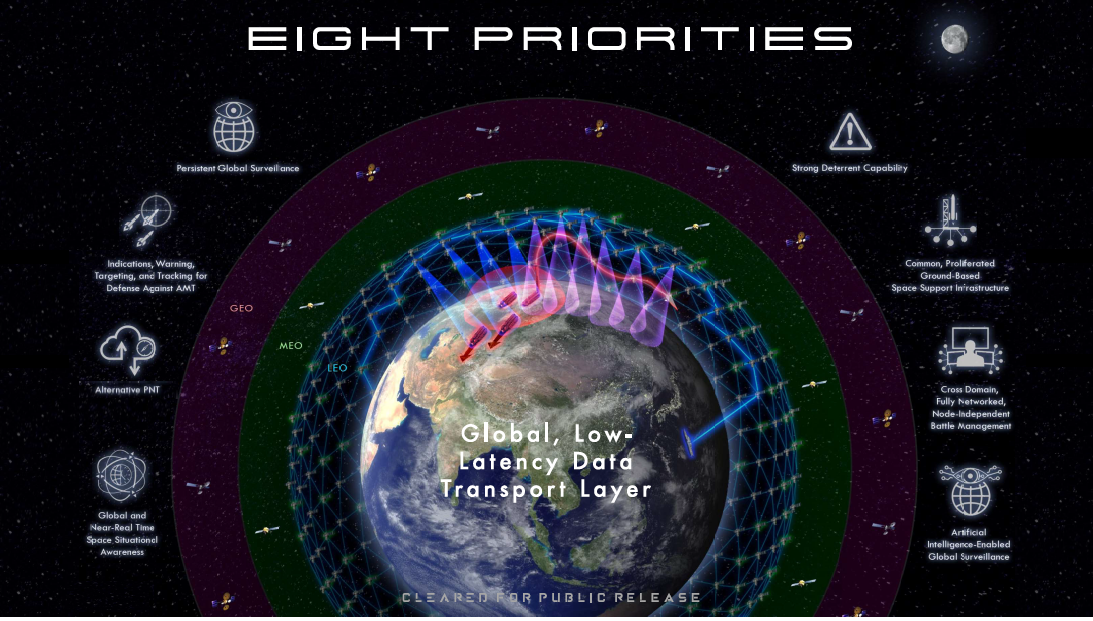 Griffin’s resignation leaves the SDA without a major advocate inside the Office of the Secretary of Defense.

WASHINGTON — Undersecretary of Defense for Research and Engineering Mike Griffin and his deputy Lisa Porter submitted letters of resignation to Defense Secretary Mark Esper on June 23 and plan to leave their posts by July 10.

Esper in a June 24 statement praised Griffin and Porter for advancing “critical work on the department’s modernization priorities” and for leaving behind a “legacy of excellence in the research and development of technology that ensures American military advantage on land, at sea, in the air and in space.”

The departure of senior political appointees is not unusual in the months preceding a presidential election. In a joint email to DoD staff, Griffin and Porter said they leaving because a “private-sector opportunity has presented itself to us.”

But the timing of the resignation has stirred questions inside the Pentagon and in the space industry about what it portends for the future of the Space Development Agency, a 15-month-old organization that Griffin pushed hard to get stood up and he characterized as a “personal cause.”

Griffin in recent months has been fighting an internal dispute with the Department of the Air Force on the timing of the transfer of the agency to the Space Force. Air Force Secretary Barbara Barrett wants the Space Force to take control of the SDA in the near future whereas Griffin has pushed to delay the transfer on grounds that the agency needs time to deploy its first constellation of satellites before a major reorganization.

DoD has tasked the SDA with providing a “transport layer” of satellites in low Earth orbit to serve as the future communications backbone for the military’s command-and-control networks.

The Senate version of the 2021 National Defense Authorization Act says the Space Development Agency must be transferred from the Office of the Secretary of Defense to the Space Force by October 1, 2022, or earlier.

The bill says the SDA should have the same acquisition authorities as the Space Rapid Capabilities Office, an organization that is now part of the Space Force and was created to develop technologies on accelerated schedules.

The Senate language suggests that SDA, even if it’s under the Space Force, would remain a separate entity.

According to current plans, the SDA and the RCO would be aligned with the Space Force’s acquisition arm, the Space and Missile Systems Center, under a larger umbrella organization.

The commander of the Space and Missile Systems Center Lt. Gen. John “JT” Thompson told SpaceNews that he could not comment on the timing of the transfer of the SDA to the Space Force but insisted that SMC plans to work closely with the SDA.

“It is imperative space-focused organizations remain unified in our efforts,” Thompson said. “SMC has a great and growing relationship with the SDA. We’re aligned well with SDA’s work on both the space transport layer and space tracking layer, and we’re looking forward to supporting their ground segment and launch needs; as well as, continuing numerous efforts on space architectures.”