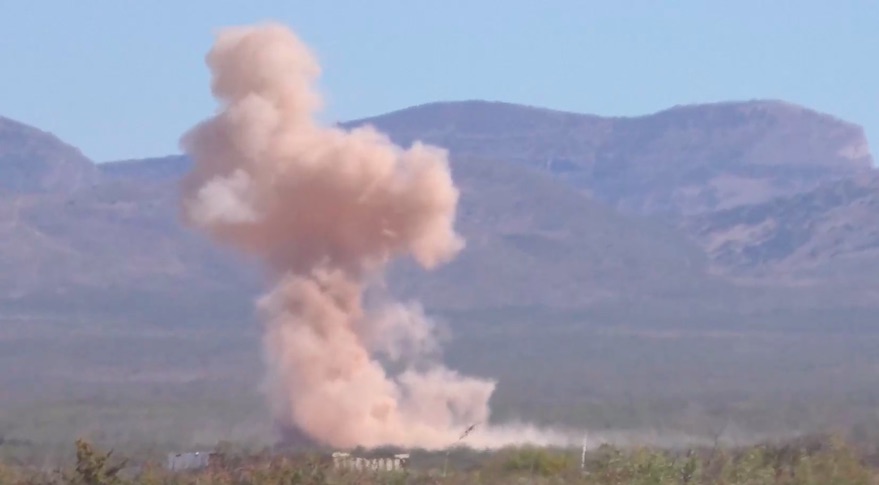 WASHINGTON — Exos Aerospace said the failed launch of a reusable suborbital sounding rocket last month was caused by a structural failure of the rocket shortly after liftoff.

In a statement released by the Texas-based company Nov. 14, Exos said its Suborbital Autonomous Rocket with GuidancE, or SARGE, rocket was lost 48 seconds after its Oct. 26 liftoff from Spaceport America in New Mexico.

“We are still in the process of evaluating video and telemetry data; however, it appears a structural failure resulted in an abort and deployment of the recovery system at speeds far beyond its design capability,” the company stated.

That launch was the fourth flight of SARGE, a reusable sounding rocket designed to carry payloads, but not people, to the edge of space. The vehicle had suffered guidance problems on two previous flights, and on its latest flight appeared to suffer a loss of attitude control shortly after liftoff.

Exos said in its statement, though, that the guidance system on the rocket was operating as expected, including its inertial measurement unit (IMU). “Flight 4 confirmed that we made substantial improvements in the [guidance, navigation and control] software, and the new IMU performed as designed,” the company stated. “From observing the air to ground telemetry, indications are good that the vehicle was going to continue to fly well.”

Exos said it plans to work on a second SARGE rocket, incorporating lessons learned from earlier launches. The company hopes to have that rocket ready by early 2020, but hedged its bets in its statement, saying that “we will have to beat the onset of high winds in April/May” at the launch site.

The company, in its statement, attempted to elevate itself to the same level as Blue Origin and SpaceX, claiming that those companies were the only ones other than Exos to launch the same vehicle four times. SpaceX performed the fourth launch of a Falcon 9 first stage Nov. 11, while Blue Origin’s New Shepard suborbital vehicle has two propulsion modules that have each made five launches and landings.

“In that respect, we stand amongst two giants in the industry, SpaceX and Blue Origin, as the only others in the world we know of that can make that claim,” the company stated.

In fact, Virgin Galactic’s current SpaceShipTwo suborbital spaceplane, VSS Unity, has performed five powered flights so far, including two that have flown beyond the 50-mile boundary used by U.S. government agencies to award astronaut wings. Masten Space Systems has built a number of reusable vehicles that have performed hundreds of rocket-powered vertical takeoffs and landings, although on flights to low altitudes only.