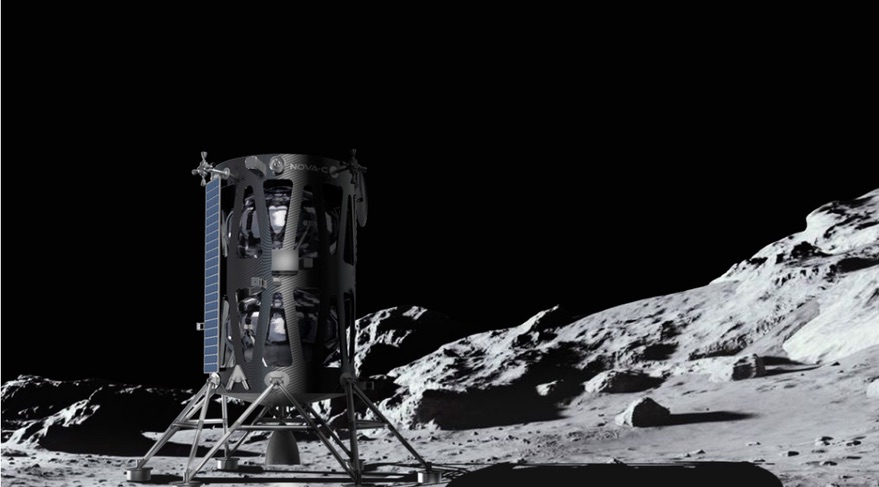 HOUSTON — As NASA adds new companies to a commercial lunar landing services program, some existing participants worry its value to them may now be diminished.

NASA announced Nov. 18 that it had selected five companies to join the Commercial Lunar Payload Services (CLPS) program, a NASA initiative to purchase rides on commercial lunar landers for scientific instruments and technology demonstration payloads. Those companies, along with nine others selected nearly a year ago, are now eligible to bid on NASA task orders for delivering those payloads to the moon.

With 14 companies now part of CLPS, some participants worry that there are, in effect, too many companies competing for too few missions. NASA awarded two task orders in May, one to Astrobotic and the other to Intuitive Machines. NASA also selected OrbitBeyond for a third task order, but the company asked to be released from the agreement in July, citing internal issues. However, it remains part of the overall program.

NASA recently distributed to companies a draft for a new task order that would cover the delivery of the agency’s Volatiles Investigating Polar Exploration Rover, or VIPER. Steve Clarke, deputy associate administrator for exploration in NASA’s Science Mission Directorate, told members of the NASA Advisory Council’s science committee Nov. 19 that the agency hopes to select a company to deliver VIPER in late January or early February.

At that meeting, Clarke outlined a notional schedule for future task orders that includes three in 2020 for missions in 2022 and 2023, going both to the polar regions and elsewhere on the moon. That chart also projected one in 2021 and another in 2022, both for landings in 2024.

The increased competition for a modest number of missions is a concern for some companies. Asked during a panel discussion at the SpaceCom Expo here Nov. 20 if the five new companies diluted the value of the contract for existing participants, Steve Altemus, chief executive of Intuitive Machines, offered a one-word answer: “Yes.”

He added that NASA currently was doing a “fantastic job” with CLPS, including the pace of task orders. “If that cadence keeps up, that’s great for innovation and competition,” he said.

However, a change in the pace and size of task orders could be a problem, he argued. “If those procurements come out in too large of a chunk, it limits the amount of innovation and the amount of people who can sit at the table,” he said.

“Fourteen is a lot,” said Shea Ferring, vice president of mission assurance at Firefly Aerospace, another of the original nine CLPS companies. “It will be interesting to see what happens after the next few task orders, and how many stay.”

Dan Hendrickson, vice president of business development at Astrobotic, also expects the number of participating companies to decrease. “I don’t necessarily think in 10 years we’re going to see 14 still around doing what we do,” he said.

NASA’s perspective is that the more the companies in CLPS, the better. “The government wants competition. This is how we enable innovation in industry as well as opportunity and lower costs,” said Christopher Culbert, the CLPS program manager at NASA’s Johnson Space Center. “We also know that this is a brand new industry. Consolidation is going to happen.”

Ferring, though, said the competition benefits NASA more than the companies. “The benefit of NASA doing a program like this is that NASA gets all those lessons learned and can reapply it back to themselves,” he said. By contrast, he argued, there’s no easy way for companies involved in CLPS to share their own lessons learned.

Altemus, though, argued that without CLPS, there would be few, if any viable lunar lander companies. “Without a major government sponsor like NASA, the moon is an empty and barren place and will remain so,” he said, noting the failure of any team to win the Google Lunar X Prize. “It is really pivotal and key that the U.S. government plays a part in jump-starting and instigating this whole return to the moon.”

Astrobotic, a former Google Lunar X Prize competitor, had already lined up customers for its first lunar lander mission prior to winning its CLPS task order in May, but saw new business after getting the award. “We’ve already seen the effect that it’s had,” Hendrickson said, with two new customers signing up since getting the task order.

Firefly hasn’t won a task order, but Ferring said simply being a part of the CLPS program has helped the company recruit new employees. “Hiring in this arena is very difficult. There’s a lot of competition,” he said. Having a NASA contract for lunar lander missions, he said, makes the company look more attractive to prospective employees.

Altemus said its CLPS award has opened doors for potential customers worldwide, while aiding the company’s finances. “We’ve built a more robust financial portfolio with different financial institutions and investors,” he said. “Without NASA, I don’t believe all of that would be there. With NASA, that just enables the whole economy of the moon to move and evolve at a much more rapid rate.”