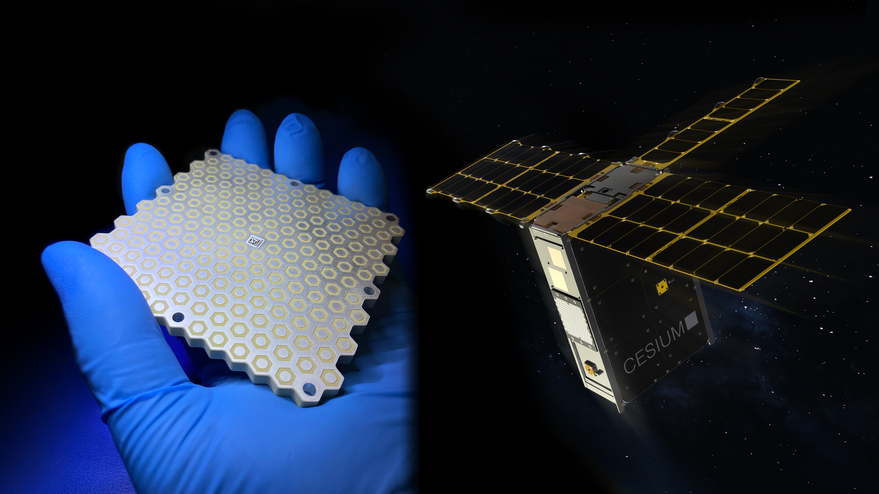 At the time, engineers spent three to five years building a geostationary communications satellite that cost hundreds of millions of dollars to perform a specific job. If that job was broadcasting television programming to the United States, the satellite’s fixed beams offered coverage in the shape of the U.S. map.

“I thought, ‘Why aren’t we building all communication satellites around active phased arrays,’” Shabripour told SpaceNews. “We should be able to have lots of beams we can put where the customers are. When the business plan changes, just go ahead and change the beams.”

For the next 25 years, Sabripour watched as the cost of phased array technology dropped and the entrepreneurial space sector blossomed. “I just couldn’t get out of my mind,” he said.

Sabripour was tempted to form his own company in the late 1990s, just before the dot-com bubble burst and low Earth orbit telecommunications constellations like Iridium, Globalstar and Teledesic struggled.

“If there was ever a time for this technology, it’s now,” Shabripour said. “There’s more demand on spectrum and low Earth orbit constellation require phased array technologies.”

“One of the pillars of the company is providing the full stack a payload requires,” Shabripour said. “We want it to work right out of a box, where all you should need is a high-speed data cable to steer your beams.”

CesiumAstro plans to offer Lego-like building blocks for full-stack phased arrays in frequencies from L-band to V-band. The company has built, qualified and begun shipping its first-generation S-band products with the Ka-band products scheduled to ship in the spring of 2021.

With the latest funding, CesiumAstro plans to launch two cubesats to prove its technology in space and to expand the number of frequencies it offers customers.

The company established a second office in Broomfield, Colorado, in May to build end-to-end cubesat missions for customers. CesiumAstro also is preparing to open a design center for radio frequency payloads in El Segundo, California, in early 2021.