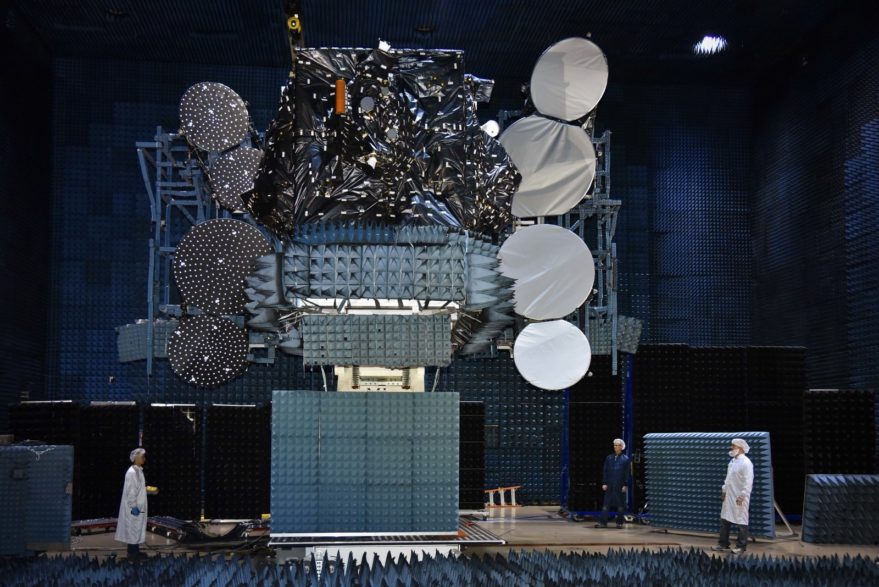 Johnson has spent more than 20 years at Boeing, where he was most recently president of Boeing Satellite Systems International. At Boeing, Maxar said he was responsible for strategy, capture, development and manufacturing of the company’s commercial satellite business.

“We are exceptionally pleased to have a leader of Chris’s caliber join Maxar’s executive leadership team and take on this critical role,” Maxar CEO Dan Jablonsky said in a statement.

“His track record of performance and deep understanding of every aspect of satellite manufacturing and space programs will be invaluable as we continue to grow our space business and deliver innovative, reliable and cost-effective solutions for our commercial and government customers.”

Johnson’s new position will be effective May 24 when he will succeed Paul Estey, who was Maxar Space Solutions executive vice president for customer relations before taking on the role on an interim basis Jan. 29.

Estey replaced Megan Fitzgerald, who is no longer with the company.

Johnson joins as Maxar deals with the in-orbit failure of the Sirius XM-7 satellite that came to light after its December launch.

Jablonsky said during Maxar’s latest financial results Feb. 24 that it was still troubleshooting the issue.

Maxar, which is building another satellite for the company called Sirius XM-8, is due to hold a conference call May 3 to discuss financial results for the first three months of 2021.

In a regulatory filing submitted March 4, Telesat said Maxar was investigating an anomaly affecting the in-orbit Telstar 19 VANTAGE spacecraft that it built for the Canadian satellite operator.

Telesat said the satellite, launched in 2018, “suffered a number of failures of a component that supports the operation of two of the three batteries” on the spacecraft.

It added that services have not been affected, and it believes it can implement a workaround to maintain operations even if there are additional component failures on the affected batteries.

Ryan Reid, Boeing’s program manager for the mPower broadband constellation it is building for Luxembourg-based operator SES, is filling in Johnson’s role until it makes a permanent appointment.