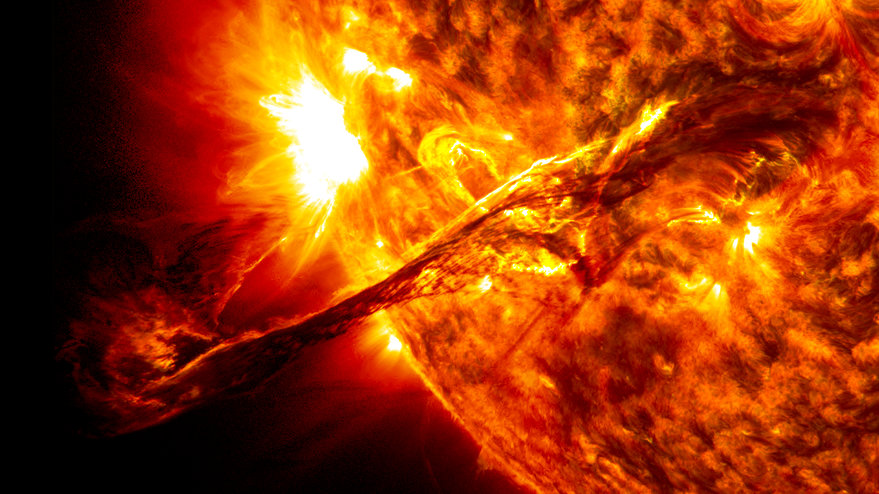 The Air Force also awarded a $1.8 million contract to Teledyne Brown Engineering of Huntsville, Alabama, to assemble ECP-Lite, a sensor developed by the Aerospace Corp. “ECP-Lite is a low size, weight and power sensor that will provide a focused subset of space environmental data,” Toner said.

The contracts, announced in January on the Space Enterprise Consortium website, are part of the Air Force’s effort to improve space weather monitoring. Air Force Secretary Deborah Lee James issued a memo in 2015 calling for ECP sensors on all new Air Force satellites.

The Space Enterprise Consortium solicitation for ECP sensor bids said that after completion of the prototype contracts, the Space and Missile Systems Center “intends to award a follow-on production contract.”

“We’re looking at incorporating ECP sensors where it makes sense to provide better anomaly attribution,” said Maj. Janelle Jenniges, Air Force Space Weather Integration chief, said at the American Meteorological Society conference in Boston in January. “There are two charged particle sensors. We will evaluate the differences between them.”

The sensors built by Applied Technology Associates and Teledyne Brown Engineering are scheduled to be launched on different spacecraft in late 2020 and early 2021, Toner said. “Testing will occur within 12 months of launch,” she added.

COVID vaccine immunity is waning — how much does that matter?
U.S. generals planning for a space war they see as all but inevitable
Raymond: Small satellites and fast data transforming space business
One size does not fit all: A compost procurement policy for all cities
British energy firms fear collapse as Europe’s gas crisis sees prices surge 250%