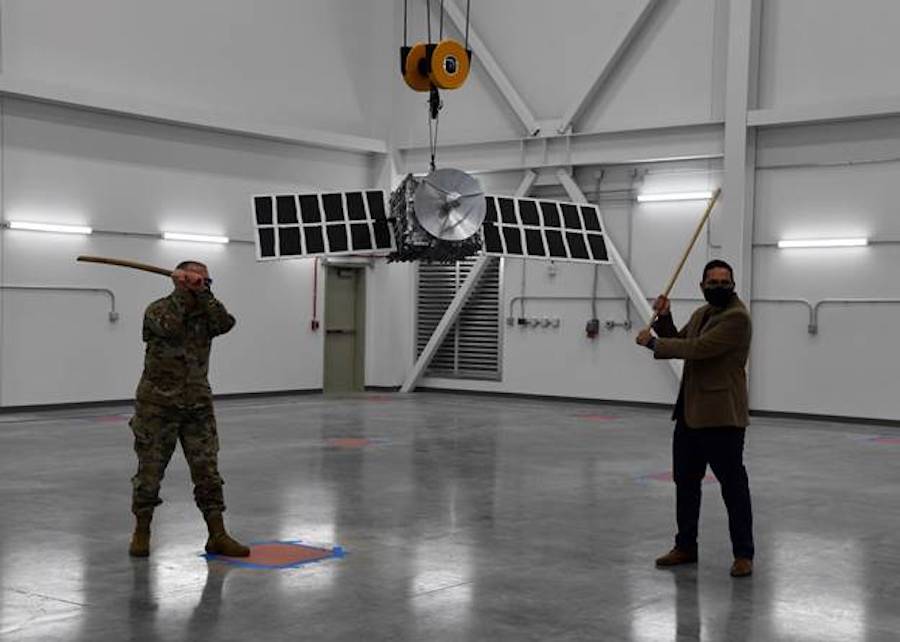 The Air Force Research Laboratory’s Space Vehicles Directorate will use the new facility to test advanced composite materials and structures.

The so-called Deployable structures Laboratory will be part of AFRL’s Space Vehicles Directorate. A ribbon-cutting ceremony was held Oct. 29 at Kirtland Air Force Base, New Mexico. Construction of the 7,000 square-foot laboratory began in December 2019.

“I’m excited to have a facility that was specifically built for testing novel deployable space structures,” Benjamin Urioste, AFRL research engineer, said in a news release.

Urioste said the new facility will be used by AFRL to test advanced composite materials and structures, bringing “large satellite capability” to smaller satellites. He said the testing equipment will help AFRL reduce the risk of future missions by ensuring satellites are more reliable,

The facility can test 20 meter by 15 meter (65.7 feet by 49.2 feet) structures in a secure, climate-controlled, vibration isolated laboratory, said AFRL.

“Some of the first structures that we look forward to testing in this new lab are those required for our Space Solar Power Incremental Demonstration and Research (SSPIDR) project, one of our top priority programs,” he said. “SSPIDR is a system that will collect solar energy in space, convert it to radio frequency, and beam it to forward operating bases.”