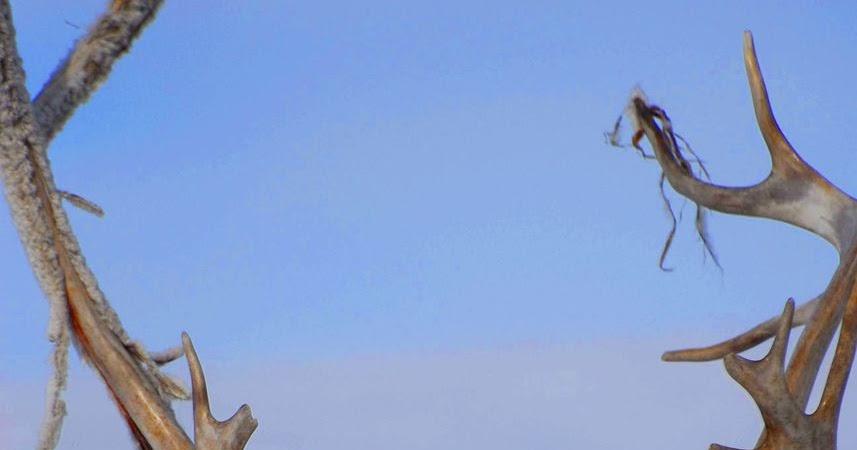 You may recall the most famous reindeer of all, though you might not have realized that a species of reindeer really does have a particularly rosy snout.

In the study, published in the holiday edition of the British Medical Journal, the team of researchers found that reindeer noses contain a dense network of capillaries that are rich in red blood cells.

The scientists studied the noses of five human volunteers and two reindeer volunteers using a handheld video camera that can image individual blood vessels and record the flow of blood in real time.

The camera capitalizes off of the fact that tissue and blood vessels absorb light differently. Green light (530nm) is readily absorbed by both oxygenated and deoxygenated blood but bounces (scatters) off of the surrounding tissue. Shining green light inside the nose of reindeer and humans, the researchers were able to take detailed videos of the nasal circulatory system, tracking the rate of blood flow through individual blood vessels.

The researchers wrote their own image analysis software that can determine the density of blood vessels and track velocity of red blood cells through the dense network of blood vessels.

Despite the tongue-in-cheek premise of this study, researchers have not previously used this imaging technique to study nasal circulation. The team found that humans and reindeer noses both feature hairpin-shaped blood vessels and similar capillary networks. Most pertinent to their aim, they found that the density of blood vessels in reindeer noses is 25% greater than the density in human noses, leading to a rosy tint.

“These factors explain why the nose of Rudolph, the lead flying reindeer employed by Santa Claus to pull his sleigh, is red and well adapted to carrying out his duties in extreme temperatures,” the authors conclude in their paper.

The annual BMJ holiday issue is a great read– check out other great findings from the holiday issues including: whether 27 is actually the dangerous age for musicians, how fast you have to walk to beat Grim Reaper, and the dreamed-of expose on tooth fairy malpractice.

What happens when several thousand distinguished physicists, researchers, and students descend on the nation’s gambling capital for a conference? The answer is “a bad week for the casino”—but you’d never guess why.
Lexie and Xavier, from Orlando, FL want to know: “What’s going on in this video ? Our science teacher claims that the pain comes from a small electrical shock, but we believe that this is due to the absorption of light. Please help us resolve this dispute!”
Even though it’s been a warm couple of months already, it’s officially summer. A delicious, science-filled way to beat the heat? Making homemade ice cream. (We’ve since updated this article to include the science behind vegan ice cream. To learn more about ice cream science, check out The Science of Ice Cream, Redux ) Image Credit: St0rmz via Flickr Over at [email protected] there’s an easy recipe for homemade ice cream. But what kind of milk should you use to make ice cream? And do you really need to chill the ice cream base before making it? Why do ice cream recipes always call for salt on ice?
This article was originally published by Google.com. Read the original article here.
Share on Facebook
Share on Twitter
Share on Pinterest
Share on LinkedIn