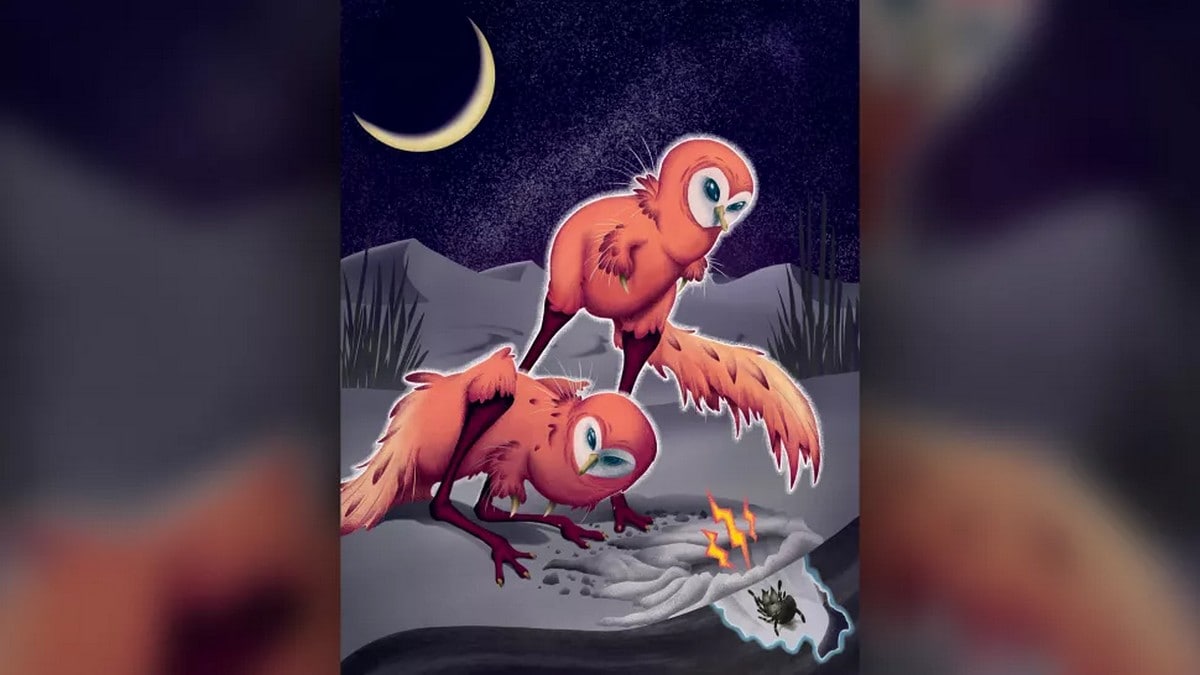 A new study has revealed that a tiny, carnivorous dinosaur, which had an exceptional low-light vision and whose hearing ability was as good as an owl’s, hunted its prey at night. Measuring only 2 feet, the three-toed dinosaur species named Shuvuuia had large eyes and longer cochlea — the part of the inner ear canal that holds sensory receptors. The creature used these abilities to see in the dark and hear even better than the barn owl. This particular species roamed the Earth about 75 million to 81 million years ago (late Cretaceous period) in the present-day Gobi Desert region in Mongolia.

Shuvuuia, though related to the fearsome Tyrannosaurus rex (T-rex), was an odd-looking dinosaur. Animals that live together in a geographic location are forced to share their resources to survive and to outwit their competition they tend to develop nocturnal and daytime preferences for hunting their prey, the researchers say. But, they add, it is difficult to know this preference by just looking at the fossil records of extinct animals and this is something that is understood by looking at living species.

The findings have been published online in the journal Science and reported by Live Science. The report said that researchers studied the fossilised eye bones and examined ear anatomy using CT scans to construct digital 3D models of the animals’ skulls. They found that the scleral ring, the bones that form a circle in the eye socket, of this dinosaur were large.

Its ear canal suggested that its hearing would have been “off the charts, study lead author Jonah Choiniere, a professor in the Evolutionary Studies Institute at the University of the Witwatersrand in Johannesburg told the news outlet.

This combination of better vision capability and superior hearing led the researchers to conclude that Shuvuuia would have been highly effective night-time predator.

Study co-author Lars Schmitz, an associate professor of biology at the W.M. Keck Science Department at Scripps College in Claremont, California, US, said it’s the first time that such deep findings have been documented for hearing and vision in an extinct dinosaur.

Just like modern species, the extinct species too showed complex behaviours, but fossils generally reveal little of these details.

Is Mi 11X the best phone under Rs. 35,000? We discussed this on Orbital, the Gadgets 360 podcast. Later (starting at 23:50), we jump over to the Marvel series The Falcon and the Winter Soldier. Orbital is available on Apple Podcasts, Google Podcasts, Spotify, Amazon Music and wherever you get your podcasts.