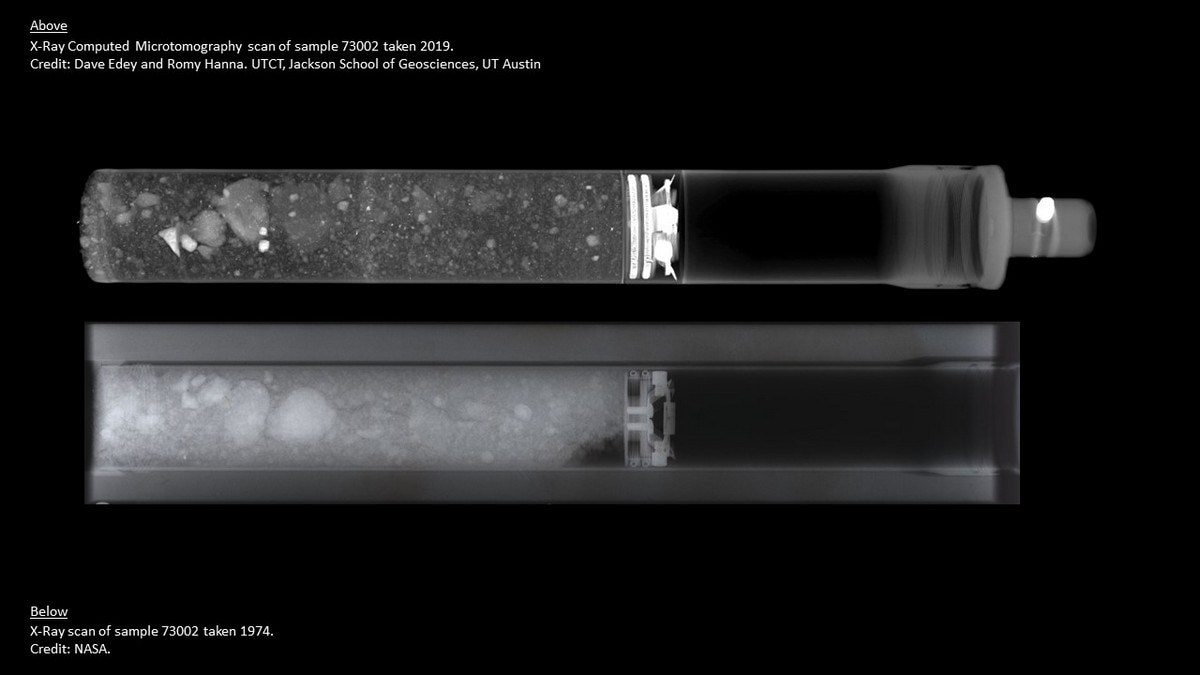 As NASA plans to return humans to the Moon in 2024, scientists opened an untouched rock and soil sample from the Moon returned to Earth as part of the the US space agency’s final mission of the Apollo programme.

The sample, opened on Tuesday, was collected on the Moon by Apollo 17 astronauts Gene Cernan and Jack Schmitt, who drove a 4-cm-wide tube into the surface of the Moon to collect it and another sample scheduled to be opened in January 2020, NASA said in statement on Wednesday.

This marks the first time in more than 40 years that a pristine sample of rock and regolith from the Apollo era has been opened.

The sample was opened as part of NASA’s Apollo Next-Generation Sample Analysis (ANGSA) initiative, which is leveraging advanced technologies to study Apollo samples using new tools that were not available when the samples were originally returned to Earth.

“We are able to make measurements today that were just not possible during the years of the Apollo programme,” said Sarah Noble, ANGSA programme scientist at NASA headquarters in Washington.

“The analysis of these samples will maximise the science return from Apollo, as well as enable a new generation of scientists and curators to refine their techniques and help prepare future explorers for lunar missions anticipated in the 2020s and beyond.”

Advances in techniques such as non-destructive 3D imaging, mass spectrometry and ultra-high resolution microtomy will allow for a coordinated study of the unopened samples at an unprecedented scale.

Under its Artemis programme, NASA will send a suite of new science instruments and technology demonstrations to study the Moon ahead of landing astronauts on the lunar surface by 2024, and establishing a sustained presence by 2028.

The agency will build on its past to leverage its Artemis experience to prepare for the next giant leap – sending astronauts to Mars.