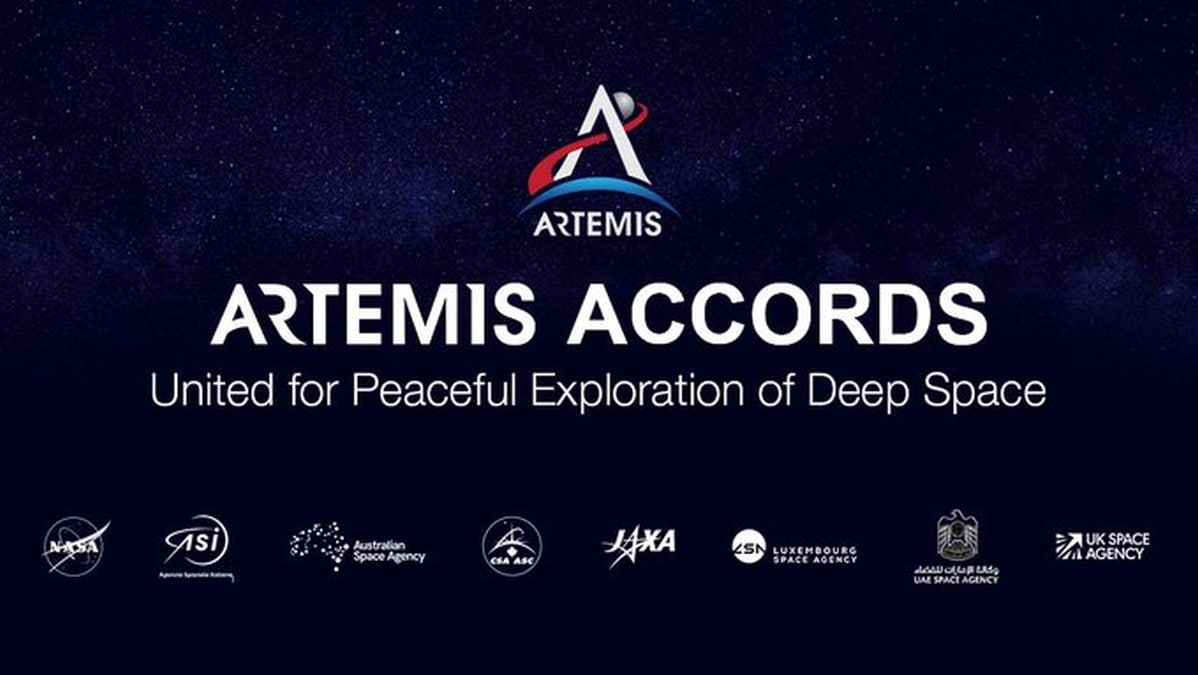 NASA announced on Tuesday that eight countries have signed an international agreement called the Artemis Accords that outlines the principles of future exploration of the Moon and beyond.

The treaty paves the way for its founding members, Australia, Canada, Italy, Japan, Luxembourg, United Arab Emirates, Britain and the United States, to participate in NASA’s Artemis programme, which aims to return humans to Earth’s nearest neighbour by 2024.

“Artemis will be the broadest and most diverse international human space exploration programme in history, and the Artemis Accords are the vehicle that will establish this singular global coalition,” said NASA Administrator Jim Bridenstine.

“With today’s signing, we are uniting with our partners to explore the Moon and are establishing vital principles that will create a safe, peaceful, and prosperous future in space for all of humanity to enjoy.”

While NASA is leading the Artemis programme, it has emphasised the need for international partnerships in building up a sustainable presence on the Moon, something the agency views as key ahead of an eventual human mission to Mars.

The agency hopes, for example, to excavate ice from the Moon’s south pole to supply both drinking water and to split the molecules apart to make rocket fuel for the onward journey.

NASA said the Artemis Accords reinforce and implement the 1967 Outer Space Treaty, and are split broadly into 10 principles.

The signatories commit, for example, to adhering to peaceful exploration in a transparent manner, to create hardware systems that are operable by every member nation, and to registering their space objects.

Other principles include affirming that they will render assistance to each other in case of emergency, make their scientific data public, preserve the heritage of outer space and plan for the safe disposal of space debris.

The announcement came a day after Dmitry Rogozin, the head of the Russian space agency Roscosmos, said Moscow was unlikely to participate in the Gateway space station, marking the probable end of the type of close cooperation seen for two decades on the International Space Station (ISS).

China has an active lunar program with its own international collaborations.

Last month, a Chinese-German team published daily radiation measurements on the lunar surface recorded by the Chang’E 4 lander in 2019.

They concluded that the level of radiation limited astronauts to two or three months on the Moon, vital information that the US Apollo missions of the 1960s and 1970s had not gathered.

Mi TV Stick vs Fire TV Stick Lite vs Mi Box 4K vs Fire TV Stick 4K: Which is the best budget streaming device for TVs in India? We discussed this on Orbital, our weekly technology podcast, which you can subscribe to via Apple Podcasts, Google Podcasts, or RSS, download the episode, or just hit the play button below.

Exxon CEO responds to White House’s call for investigation of ‘anti-consumer behavior’ at fuel companies
Is the Population of Endangered Fin Whales Finally Recovering?
Omicron is supercharging the COVID vaccine booster debate
4 analysts break down Bret Taylor’s pretty sweet week
What you need to know before investing in quantum technology