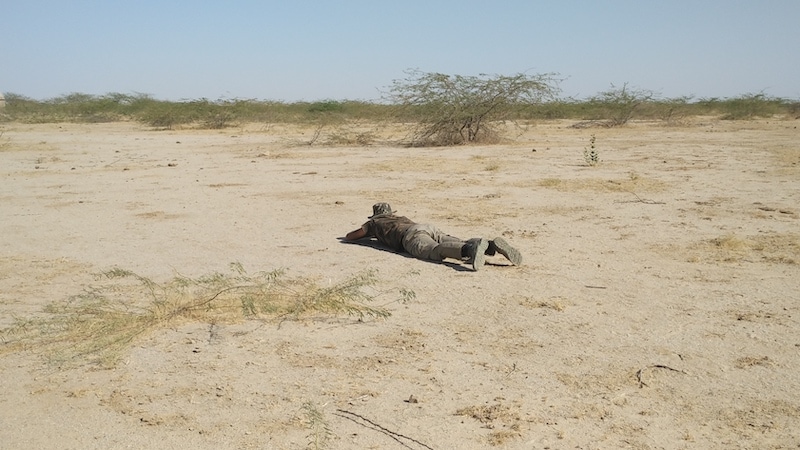 Have you ever lost something and never found it again? I just sometimes wish that everything should have some sort of a GPS device attached to it so that we know its location always. Might sound pretty impractical but then just imagine, I could have found my favorite jacket that was left behind on a connecting flight or the Bluetooth headphones that went missing on a bumpy bus ride or even an umbrella that was forgotten in a rainforest. But I am not here to give you an account of lost umbrellas; rather, I hope that my experience will help you in finding what you are looking for.

My work with consultancies and research organizations involves conducting wildlife and forest surveys. These entail traveling to remote locations to document diverse habitats and the species they support. A major part of my work involves mapping these habitats to understand the study area and what species to look for there. I enjoy every bit of the experience, being outdoors, meeting people and watching their amused faces, when I ask if they have spotted a “chamgadar” or bats. It also feels a little like a detective, following leads, trying to uncover the secrets of nature.

When I first started doing these surveys, I was using a dedicated GPS device, one that accurately triangulated my position to about three-meter accuracy. I was using a Garmin eTrex 20 (ironically, I think I misplaced one of those too—a device meant to find places), which is a rugged piece of hardware for the field. However, when you know that everything from little toys to refrigerators have touch screens now, a device without one starts feeling almost prehistoric.

To my amusement, I have found myself tapping on its screen on more than one occasion. The device also didn’t have any map in the background as a base map. Imagine Google Maps to be just a blank screen with an arrow showing your position. Trying to figure out ways to add a base map to the GPS also seemed like too much work.

So, after a few trials, I began researching Android apps that could serve the same purpose. Points collected using the GPS are viewed using the desktop-based Google Earth software, but there was no Google Earth for android back then. Enter Locus Maps Free.

Locus Maps is unique, for its ability to support a large number of file formats that are used in different desktop mapping software. It also recognizes the standard “.gpx” extension files generated by the GPS device. With an intuitive interface and a built-in compass, this software wins you over completely. To top it off you can choose any base map in the background by installing an add-on app from the Google Playstore. This allows one to load Google imagery as a base map. 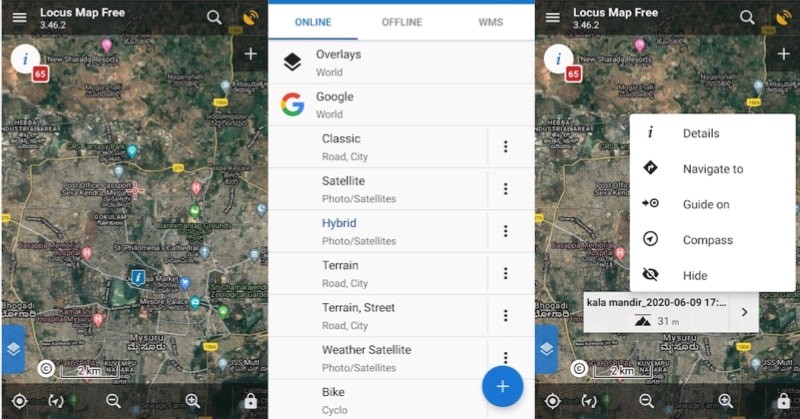 So now, before I begin my field-work, I transfer all the data layers like the study area, forest or protected area boundaries, settlements, and water bodies to my android device and then load them onto Locus Maps. This way I know where I have to visit and can visualize and plan my next survey location based on road connectivity and time constraints.

However, there is one incident that made Locus Maps permanent in my app-list. This happened at a remote location in the middle of a scrub forest (whose location shall remain undisclosed due to a confidentiality agreement). It could have happened to anyone. I mean so many of us have forgotten our phones in an autorickshaw or left it on the restaurant table. Unfortunately, this time the phone wasn’t left behind in such an easy to access location.

The whole of that day had been a washout with hardly any sightings. My colleague and I were on a lookout for raptors or birds of prey like eagles or buzzards. Sightings, although rare, were very important for our study as these birds are considered critical. This scrub forest seemed promising but was navigable only in a four-wheel drive with an experienced driver. So, we had taken our time and scheduled this part of the survey for the evening. While on one of these tracks, I spotted a bird, perched on a small stump. The setting sun was right behind the bird, which made it impossible to identify it.

We stopped at a safe distance so that we don’t disturb it. I slowly opened the door, got down on all fours, and started crawling towards the bird with my camera swung on to my back. To get close to it, I had to be quick before the sun disappeared behind the horizon but do so stealthily. I discovered that it was an adult Long-legged Buzzard, a raptor that breeds in the Himalayas and Central Asia and spends winters in the North Indian plains. I quickly got some pictures and returned to the car. We decided to head back to the hotel after noting down the last survey point.

About half-an-hour into the drive, I realized my phone was missing. I searched calmly on the seat, in my bag and each of the six to eight pockets of my cargo pants. Nothing! Panic-stricken, I told the driver to turn on the cabin light as it was getting dark and began searching again. That’s when it hit me!

While getting out of the car to take that last picture, I had got down on all fours. Knowing that I might have to crawl, I had taken my phone out from my front pocket and placed it—not in my bag, not on my seat, not in any of my seven other pockets, but the small space on the footrest of the car. I told the driver to stop and jumped out of the car to check if my phone had managed to cling to the footrest with its dear life. Of course not, who was I trying to fool?

The next things happened fast, we turned the car around and started heading back towards our last location. Reaching there before dark was critical. Luckily, I had brought another phone loaded with Locus Maps, which I had been using for recording the survey points. I tapped on the last point, that brought up a small pop-up with details like the distance and direction from my current location. I tapped on an option to navigate to the point. Just like Google Maps, Locus Maps started giving me instructions at each turn. By the time we entered the scrub forest, it was already dark. My colleague started calling on my number hoping that our ears will be able to pick up the ringtone as the car winded its way towards the last point. About a hundred meters from there, my eye caught a dim light in the dusty track below. There it was, covered in dust but still intact. It was a miracle that we hadn’t run over it in the first place, but thankfully, Locus Maps had saved the day!

Rohit is an independent environmental consultant, professional trainer and a documentary photographer based in Mumbai. Over the last decade, he has been a part of inter-disciplinary research and consultancy projects on climate change, urban biodiversity, environmental education, open-source mapping and citizen science initiatives.

When not with his camera, he can be found tending to plants or fighting writer’s block on his Instagram handle. You can also mail him here.