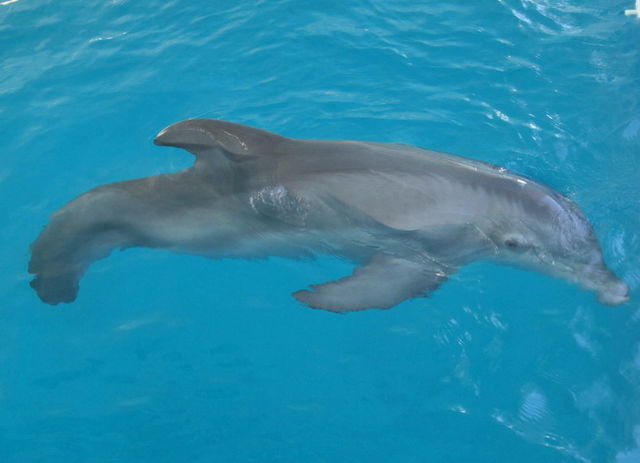 According to aquarium authorities, Winter, the prosthetic-tailed dolphin from the “Dolphin Tale” movies, died Thursday evening in a Florida zoo despite life-saving efforts to cure a gastrointestinal issue.

With heavy hearts, CMA announced tonight that Winter the Dolphin died at approximately 8 p.m. as animal care experts from around the country worked to treat her gastrointestinal abnormality. The CMA family is devastated.

Winter, a 16-year-old female bottlenose dolphin, died while being held by animal care professionals preparing her for surgery at the Clearwater Marine Aquarium, where she had been for many years.

In a statement made by the aquarium, veterinarian Dr. Shelly Marquardt stated, “While we are heartbroken by Winter’s passing, we are comforted knowing that our team did all necessary to offer her the greatest shot at life.”

The aquarium worked with specialists and marine mammal experts from all around the nation, according to Marquardt. Still, the dolphin died while being held by careers despite being in serious health and decreasing.

The aquarium would be closed on Friday to allow personnel to grieve, according to the statement. It had previously stated that the shutdown on Friday would let personnel focus on the dolphin’s medical treatment to reopen on Saturday.

The aquarium’s president, James “Buddy” Powell, told reporters on Thursday that the facility’s employees and outside specialists were doing all they could to get the dolphin back to health.

According to Powell, Winter had previously suffered digestive difficulties, which are typical in dolphins, but they had never impacted her like this. However, he stated that Winter was not responding to therapy as well as in the past and that there was no proof that Winter was infected with the coronavirus.

Winter’s tail became hooked in a crab trap at Cape Canaveral when she was two months old, forcing her amputation. Winter’s rehabilitation and the extraordinary, protracted attempt to equip her with a prosthetic tail were depicted in the 2011 film “Dolphin Tale.”

The movie, which stars Harry Connick Jr., Ashley Judd, Kris Kristofferson, Morgan Freeman, and Nathan Gamble, was shot mostly at the Clearwater Aquarium and other Tampa Bay sites. It elevated the non-profit aquarium, which initially opened in 1972 on a disused water treatment facility site, to international prominence.

Winter’s story of recovery has inspired disabled people worldwide, and the aquarium has received hundreds of notes of support since the news of Winter’s sickness broke.

“Her tenacity inspires many, and this incredible response reminds us of how profoundly she has influenced millions, including so many people on their health journey,” the aquarium said in a statement.

Three years later, “Dolphin Tale 2,” featuring Winter and Hope, another rescued dolphin cared for by the Clearwater aquarium, was released.

Bottlenose dolphins have a lifespan of up to 60 years and are thought to be one of the most intelligent animals on the planet.

To manage the hordes that have come on the aquarium since the publication of “Dolphin Tale” a decade ago, an $80 million expansion was just completed, including a 1.5 million gallon (5.6 million-liter) new dolphin complex.

What the passage of Article 6 means for carbon markets
Spanish startup PLD Space gears up for 2022 suborbital launch
Better.com gets $750M cash infusion in new agreement with its SPAC backers
What you need to know before investing in quantum technology
Quantum physicist David Deutsch bags Isaac Newton medal and Prize