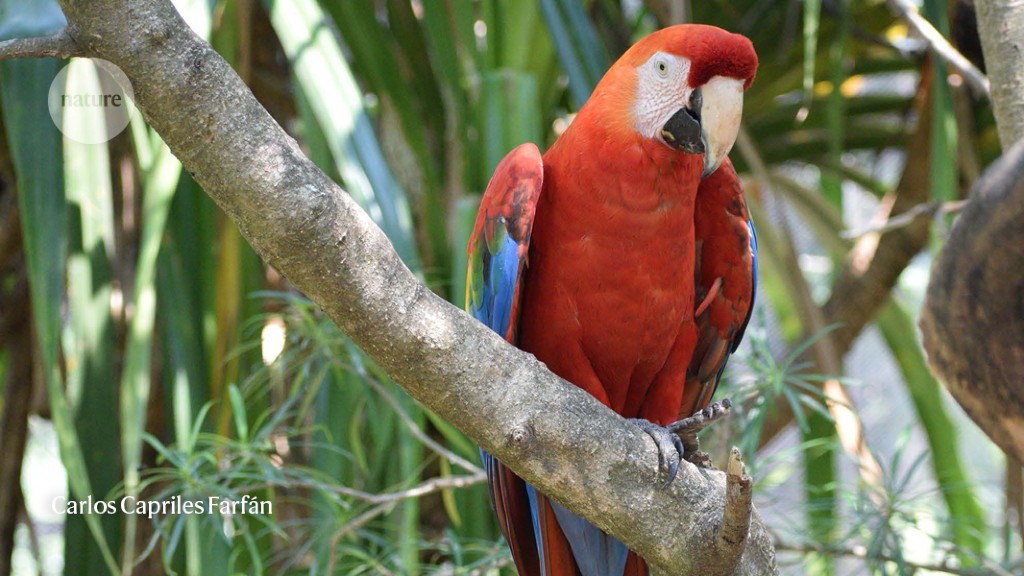 Deep in one of the world’s most arid deserts, people living centuries ago displayed their status by keeping an unlikely pet: the scarlet macaw, a large and demanding parrot imported from tropical forests hundreds of kilometres away.

José Capriles at Pennsylvania State University in University Park and his colleagues examined parrot mummies, body parts and feathers unearthed at six archaeological sites in the Atacama Desert in Chile. The team’s analysis showed that the specimens came from at least six parrot species, including the scarlet macaw (Ara macao). Four of the species make their homes in humid jungles — a habitat not found for several hundred kilometres from the Atacama sites.

Radiocarbon analysis of the parrots’ tissues showed that they dated to ad 1100–1450. Some bore signs of repeated plucking, perhaps by humans intent on collecting the brilliant feathers for ceremonial purposes and ritual garments. But the birds’ captors had, in some cases, also trimmed the parrots’ overgrown claws and beaks, and had nursed their pets as the birds recovered from broken bones.