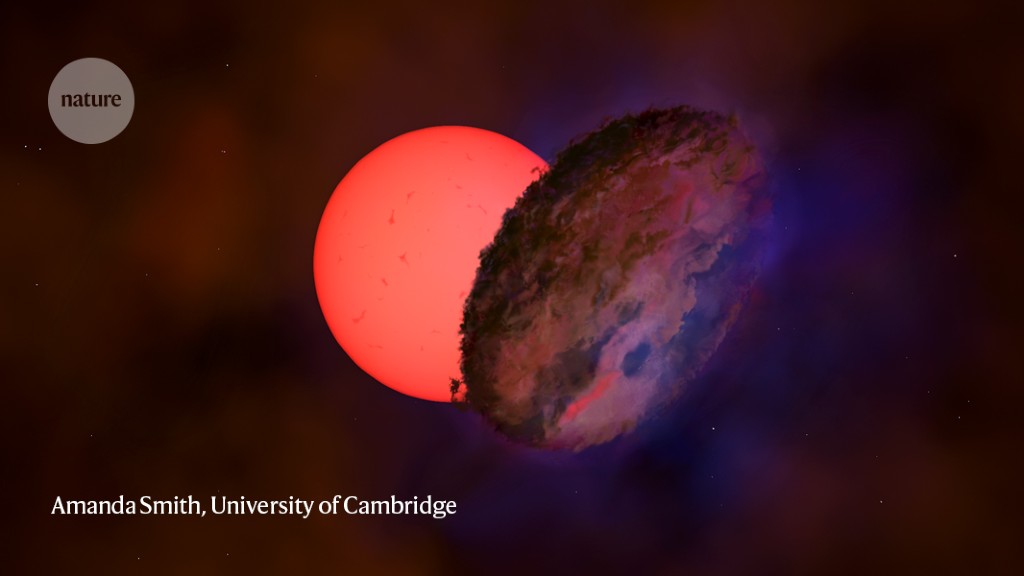 An enormous blinking star has been spotted at the heart of our Galaxy.

Many stars dim and brighten regularly because they pulsate or are eclipsed by a companion star. Even the Sun varies in luminosity by about 0.1% over an 11-year cycle. But it is extremely unusual for a star to become fainter over several months before slowly recovering.

Leigh Smith at the University of Cambridge, UK, and his colleagues unexpectedly discovered such a blinking star in data collected by the VISTA telescope in Chile. The star is roughly 100 times bigger than the Sun and resides on the opposite side of the Galactic Centre, relative to the Solar System. Over a few hundred days, the huge star dimmed by 97% and then gradually returned to its former brightness.

The team hypothesizes that an object, such as an orbiting planet or a companion star, passes in front of the star once every few decades, and that this object is circled by material that forms an opaque disk. The disk is much larger than the giant star, which therefore dims when blocked by the disk.