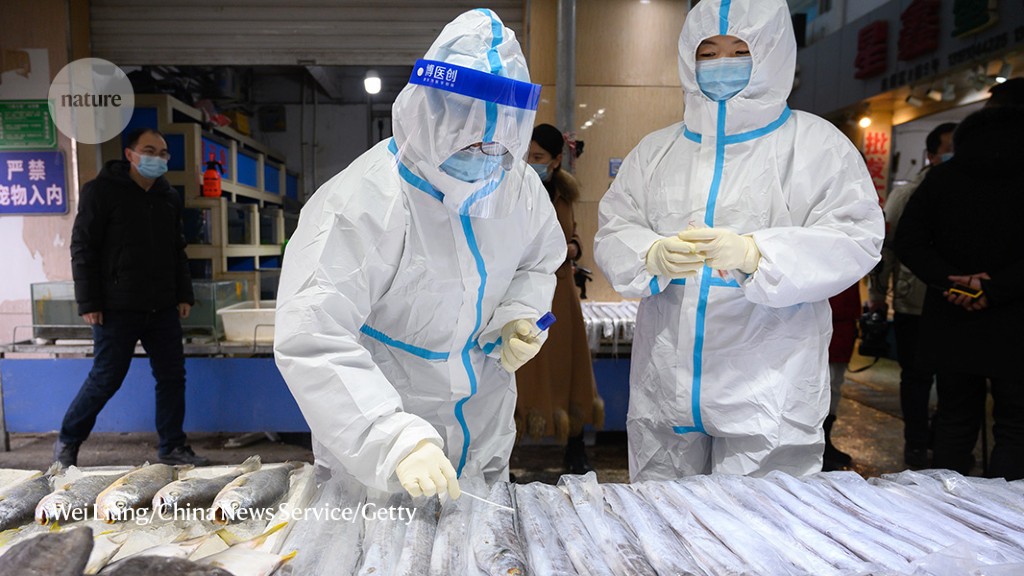 Researchers say that a World Health Organization (WHO) report on the pandemic’s origins offers an in-depth summary of available data, including unseen granular details. But much remains to be done to establish the provenance of the virus — knowledge that will help to prevent future pandemics.

The report was the result of a joint investigation between Chinese and international researchers that included a four-week trip earlier this year to Wuhan, China, where COVID-19 was first detected.

The details in the report were helpful, but didn’t include much new information, says David Robertson, a virologist at the University of Glasgow, UK. “The extensive data presented confirmed a lot of what was already known, particularly on the timing of events and early cases in Wuhan.”

Challenges remaining include finding the animal that probably carried the virus from bats to humans, and determining how that spillover into people occurred.

“This is just a very first step on an expectedly long trip to find the origin,” said WHO team member Thea Fisher, a public-health virologist at the North Zealand Hospital in Copenhagen, at a press briefing on 30 March.

Nature spoke to scientists about what needs to come next.

What’s new in the report?

The report describes the results of many lines of investigation, including when SARS-CoV-2 was first detected in people and which animals might have harboured it. It places the start of the outbreak in the months before mid-December, when the virus could have been spreading undetected. It was perhaps introduced to the community through an unknown animal that acted as an intermediary between bats, which carried an ancestral virus, and people. 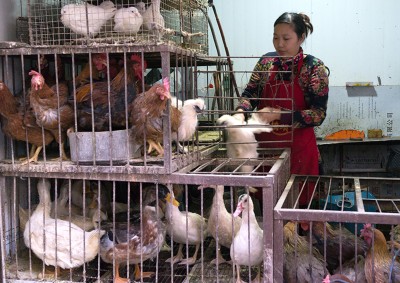 WHO report into COVID pandemic origins zeroes in on animal markets, not labs

The team didn’t find that species, even though researchers in China tested tens of thousands of wildlife and livestock samples, but team members point to wild-animal markets for future leads. They also conclude that it is “extremely unlikely” that the virus leaked from a laboratory.

The report reveals much about the first known people to contract COVID-19 — and about their links to the Huanan market, where many early cases were identified — says Virginie Courtier, an evolutionary geneticist at the Jacques Monod Institute in Paris. It is the most comprehensive molecular epidemiological study on the Wuhan outbreak, she adds.

What do scientists still want to know?

Many key questions remain, including about the intermediate animal carrier and where and when that spillover occurred. The report includes recommendations for further studies, including following the trail of farmers and suppliers trading in animals and animal products at markets across Wuhan.

The priority should be to “follow the animals”, starting at the Huanan market, says Eddie Holmes, a virologist at the University of Sydney in Australia. Given the large number of animal species that SARS-CoV-2 can infect, that sampling should be as expansive as possible, say researchers.

And it should definitely include bats. The closest known relative of SARS-CoV-2 is a bat coronavirus called RaTG13, isolated from a bat in a mine in Mojiang, southern China. But it shares only 96% of its genome with SARS-CoV-2, meaning that it is only distantly related. Courtier says that more bats should be sampled from that mine, and that researchers should share the sequences of other coronaviruses isolated there.

But Linfa Wang, a virologist at Duke–National University of Singapore Medical School, doubts whether closer relatives will be found, given the exhaustive sampling done in the cave by researchers over the past decade. “If you gave me a billion dollars, I would not sample in Mojiang cave. I would sample in Southeast Asia,” adds Wang, who says that sampling should extend to lesser-sampled regions such as Thailand and Cambodia, where other relatives of SARS-CoV-2 have recently been isolated.

To pin down when the virus first occurred in people, the “obvious low-hanging fruit” is to test archived blood samples for antibodies at the Wuhan Blood Center, says Wang. The centre receives 200,000 donations a year and stores them for two years. The report recommends testing samples in blood banks across China and globally, focusing on the six months before the first known cases.

Other researchers say that more details about the first known cases are needed, including full genome sequences to reveal their diversity and what the early virus looked like.

What will happen next in the origins search?

With many unanswered questions, a lot still needs to be done. The visit to Wuhan was the first phase in a WHO process that started in May 2020; it will be followed by longer-terms studies, according to an agreement between China and the WHO.

Dominic Dwyer, a virologist at New South Wales Health Pathology in Sydney, and a WHO team member, says that some of the work has already started, including a re-analysis of surveillance data on influenza-like illnesses in China before January 2020. But other work, including testing donated blood, will take longer to get under way. Other projects are identifying wildlife farms supplying markets in Wuhan and assessing how long the virus can persist in frozen foods that might also have been a source of transmission.

Tedros Adhanom Ghebreyesus, the WHO’s director-general, said in a statement that the organization was committed to continuing the search. “It is clear that we need more research across a range of areas, which will entail further field visits.”

The focus of research into COVID-19’s origins should now be to mitigate future spillovers from animals to people of SARS-CoV-2 and other viruses with pandemic potential, says David Heymann, an infectious disease epidemiologist at the London School of Hygiene & Tropical Medicine. “We need to change the paradigm from rapid detection and response, to prevention at the source,” he adds.

Robertson agrees that assessing the risk of such events should be a priority. “If, as the data suggests, SARS-CoV-2 didn’t have to change much, or at all, to be so transmissible in humans, there’s very little barrier to future emergence,” he says.

Groups not involved with the WHO study have already ramped up sampling and sequencing of archived samples from bats and possible intermediate animals, in China and across Southeast Asia, to look for potential ancestral viruses. In the past month, researchers in Yunnan, a province in the southwest of China, have identified several new bat coronaviruses that are closely related to SARS-CoV-2.

What’s next for the lab-leak theory?

The report concludes that the chances of COVID-19 having originated in a lab accident are slim. But there is growing pressure, including some from researchers, for a more comprehensive inquiry into this possible route.

WHO team members did not have the required background to investigate a biosafety breach, says Filippa Lentzos, a biosecurity researcher at King’s College London.

Tedros agreed that further investigation was needed, and was willing to send additional missions involving relevant experts. He said that the team’s assessment, based on lab visits and interviews with researchers, was not extensive enough, adding that “as far as WHO is concerned, all hypotheses remain on the table”.

A key argument against the lab-leak hypothesis is that SARS-CoV-2 was an unknown virus before the pandemic, with no trail in public databases and research articles. But some researchers say that it is not possible to know exactly which viruses had been sampled around the world.

Wang says it’s highly unlikely that a lab would keep such information secret, but he adds that there’s a small chance that someone doing research on bats inadvertently got infected by an unknown virus while collecting bat samples in a cave, and that this infection seeded the pandemic.

Nikolai Petrovsky, an immunologist at Flinders University in Adelaide, Australia, says that given the lack of evidence, the team “would have been best to have been silent on the question because, scientifically, we simply don’t know”.

What do scientists think about the WHO’s handling of the joint mission?

The question of the pandemic’s origins has been politically fraught from the start. Many researchers say that the team did an excellent job of synthesizing the available evidence under difficult circumstances. 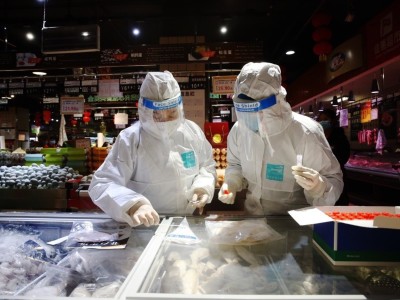 Given the constraints they were under, the report is a “useful and thorough appraisal of what we know and what we need to do”, says Holmes. These constraints included the brief, four-week time frame, restrictions on access to material and the narrow scope of the work, he says.

But others are disappointed with how politics seems to have overshadowed the search for answers. The “WHO have handled this as a diplomatic mission and not as an independent scientific investigation into all possible sources,” says Petrovsky.

Following the report’s release, the United States and more than a dozen other countries issued a statement raising concerns about delays and the team’s limited access to raw data. This called for “a renewed commitment by WHO and all member states to access, transparency, and timeliness”.

However, others point out that for China to open up and allow the team in to conduct such an investigation was in itself unusual. “If you consider other highly industrialized countries, I am not sure they would,” says Heymann.

Will scientists ever find the origin of the virus?

Given the politics and the many unanswered questions, some scientists have wondered whether the origins of the pandemic might forever remain elusive. But those familiar with tracing origins say that it takes time, and a bit of luck.

The sources of many human viruses took years to understand, says Robertson. “Viruses are tricky, as rare events can have massive implications.” However, with sufficient sampling of animals, researchers should be able to identify where, and in which animals, the ancestors of SARS-CoV-2 were circulating, he says.

Courtier is optimistic that studies of molecular evolution will help to confirm whether the outbreak was the result of a laboratory accident or a natural spillover, because they will show whether viruses have been stored or manipulated.

But Lentzos argues that the origins might forever be shrouded in uncertainty. “I seriously doubt we’ll find a smoking gun,” she says. “There won’t be an undisputable origins answer. All we’ll have are likelihoods and probabilities.”