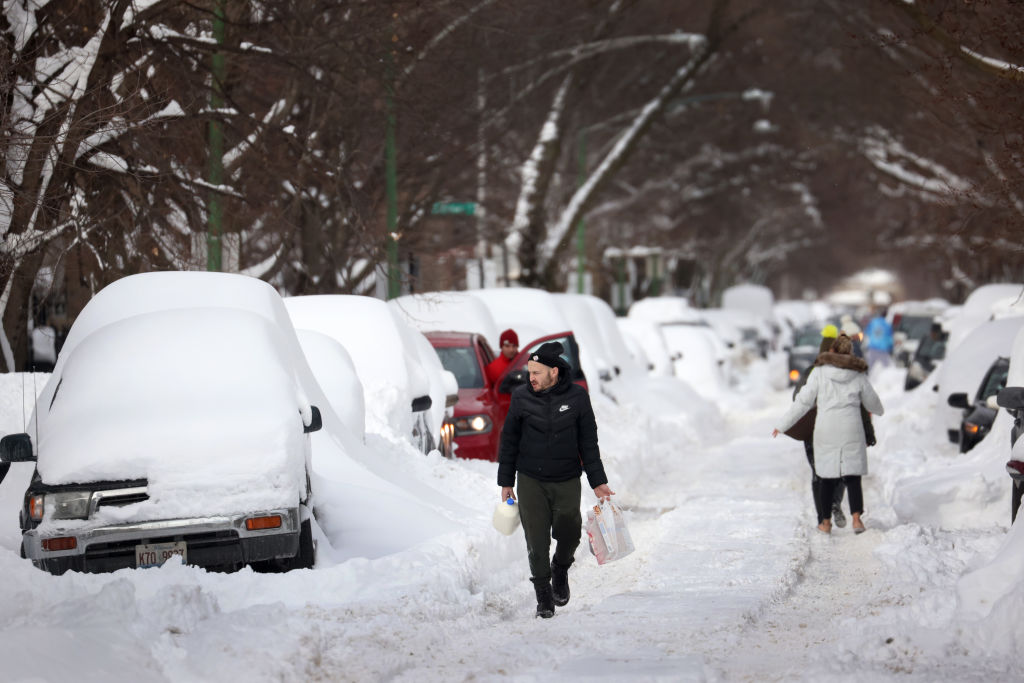 Unfortunately, the sub-zero temperature snow storm that is currently happening in parts of the United States is not yet ending. Another storm is expected to hit parts of New Jersey, and nearby states.

Here’s everything you should know. 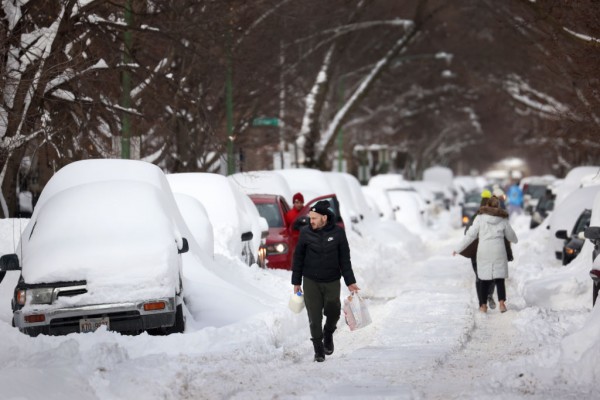 (Photo : (Photo by Scott Olson/Getty Images))
People navigate a snow-covered street on February 16, 2021 in Chicago, Illinois. Chicago residents are working to recover after a snowstorm coupled with lake-effect snow dumped more than 17 inches in some areas of the city.

Escalated on Monday, Feb. 15, the chilling snow storm– first hit Texas– has now resulted as incovenience and emergency to all Americans.

Millions of people are now stuck in their households without power. At least 23 people have died due to different reasons, across the country.

Though the situation is not yet getting better, National Weather Service (NWS) predicts that it could get worse. Some parts of the country are expected to experience upcoming storm in the coming days, even until Thursday, Feb. 18.

Yahoo News reported that portions of snow and ice will head to South and Midwest on Wednesday before slamming into the Mid-Atlantic and Northeast on Thursday.

Estimatedly, 115 million Americans will get affected by this another set of snow storm. 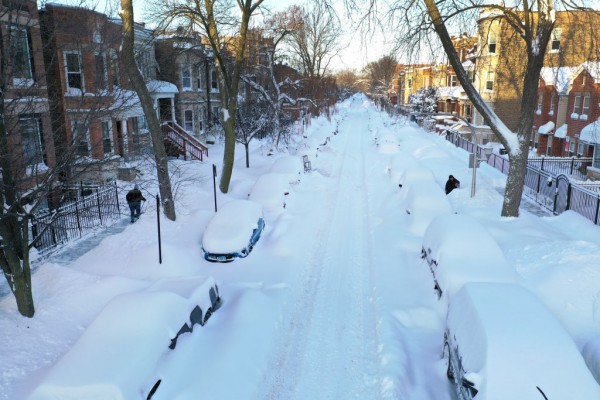 (Photo : Photo by Scott Olson/Getty Images)
Residents clear snow from in front of their homes on February 16, 2021 in Chicago, Illinois. The city is digging out after a snowstorm dropped more than 17 inches of snow in the some areas of the city in the past 24 hours.

Since the snow storm is transferring from coast to coast, experts have predicted that the upcoming days could be a “period of very dangerous wind chills.”

Local forecasters in Oklahoma and Arkansas said this prediction and warned that their areas could see 8 inches of snow by Wednesday.

Despite warnings, the government is now sending shelters to house most residents that were still under outages. NWS still warned every Americans to stay in their homes, and avoid unnecessary travels.

“Ice accumulations ranging between a quarter to a half inch are possible, which would make for hazardous travel conditions, induce more power outages, and cause additional tree damage in these areas,” the weather service said.