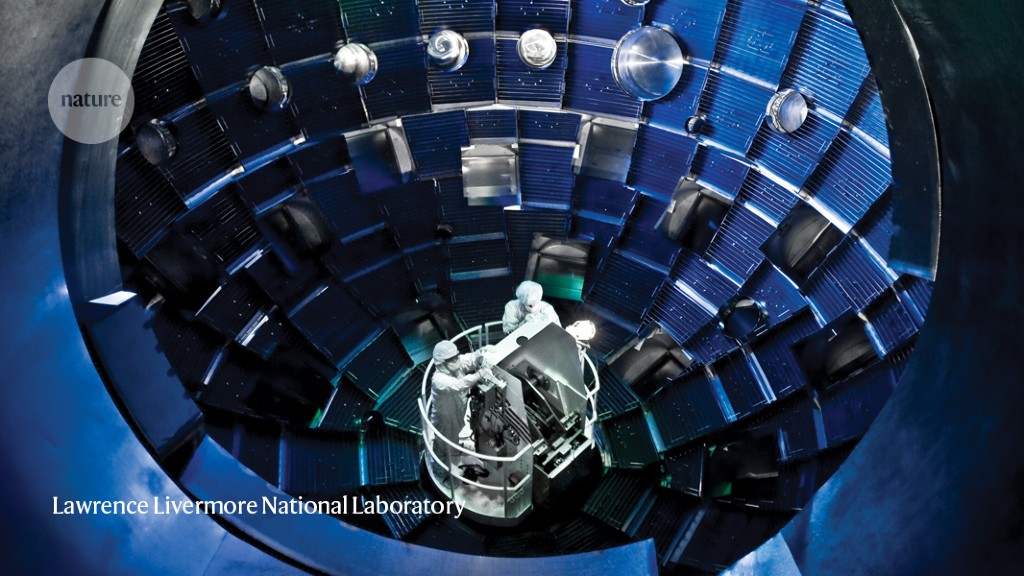 Scientists at the US Department of Energy’s flagship laser facility shattered their own record earlier this month by generating more than 10 quadrillion watts of fusion power for a fraction of a second — roughly 700 times the generating capacity of the entire US electrical grid at any given moment. News of the breakthrough has revived hopes that the long-troubled National Ignition Facility (NIF) might yet attain its goal of producing more energy than it consumes in a sustained fusion reaction. 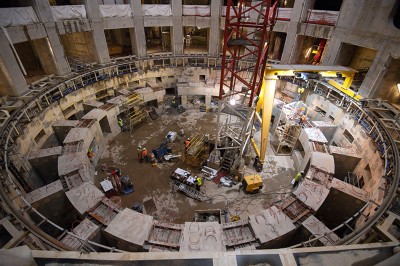 Housed at Lawrence Livermore National Laboratory, the US$3.5-billion facility wasn’t designed to serve as a power-plant prototype, however, but rather to probe fusion reactions at the heart of thermonuclear weapons. After the United States banned underground nuclear testing at the end of the cold war in 1992, the energy department proposed the NIF as part of a larger science-based Stockpile Stewardship Program, designed to verify the reliability of the country’s nuclear weapons without detonating any of them.

With this month’s laser-fusion breakthrough, scientists are cautiously optimistic that the NIF might live up to its promise, helping physicists to better understand the initiation of nuclear fusion — and thus the detonation of nuclear weapons. “That’s really the scientific question for us at the moment,” says Mark Herrmann, Livermore’s deputy director for fundamental weapons physics. “Where can we go? How much further can we go?”

Here Nature looks at the NIF’s long journey, what the advance means for the energy department’s stewardship programme and what lies ahead.

How does the NIF achieve nuclear fusion?

Ten storeys high and spanning the area of three American football fields, the NIF houses an array of optics and mirrors that amplify and split an initial pulse of photons into 192 ultraviolet laser beams, ultimately focusing them onto a target that is smaller than a pencil eraser. The beams hit the target — a gold cylinder — with around 1.9 megajoules of energy in less than 4 billionths of a second, creating temperatures and pressures seen only in stars and thermonuclear bombs.

Faced with this pulse power, the cylinder, which holds a frozen pellet of deuterium and tritium, collapses as the hydrogen isotopes at the pellet’s core heat up, fuse and generate helium nuclei, neutrons and electromagnetic radiation. The goal is to unleash a cascade of particles that leads to more fusion and more particles, thus creating a sustained fusion reaction; by definition, ‘ignition’ occurs when the fusion reaction generates more energy than it consumes. Preliminary results from the experiment on 8 August indicate that fusion reactions generated a record-shattering 70% of the power that went into the experiment — nearly achieving ignition.

The NIF began operations in 2009. Why has it taken so long to (nearly) achieve ignition?

Nobody said it would be easy, but building the NIF proved to be a more complex endeavour than officials originally thought. Construction began in 1997 and ended more than a decade later, several years behind schedule and at least $2.4 billion over budget.

The NIF missed its goal of achieving ignition by 2012; scientists have spent the years since fine-tuning the facility and introducing optimized targets into the reaction chamber. The recent success was achieved after multiple changes to the massive system, including new diagnostics, improved target-fabrication techniques and enhancements to the precision of the lasers.

Long before the NIF fired its first shot, it was surrounded by controversy. Independent scientists raised questions about both the design and management of the facility. As recently as May 2016, the US National Nuclear Security Administration (NNSA), a branch of the Department of Energy (DOE) that oversees nuclear weapons and funds the NIF to the tune of around $350 million per year, questioned whether the facility would ever achieve its ignition goal.

But even long-time critics of the facility have acknowledged the recent breakthrough as a significant step forward. Stephen Bodner, a plasma physicist who formerly worked at the US Naval Research Laboratory in Washington DC, said he is both “surprised and pleased” with the result — assuming it’s reproducible. “I look forward to reading the scientific report that explains it,” he says.

The Livermore team and its collaborators are just beginning to pore over results, but preliminary data suggest an eight-fold increase in energy yield compared with experiments conducted several months ago, and a 25-fold increase compared with the previously reported record, set in 2018. Laboratory officials said they made the announcement about the experiment before peer-reviewed publication because news of the results was already spreading through the fusion community.

If the NIF achieves full ignition, what could the results teach scientists about nuclear weapons?

In theory, the NIF could offer a better understanding of the precise conditions necessary to initiate and sustain a fusion reaction — which is, in a sense, what the facility’s scientists have been working out as they’ve optimized the system over the past 12 years. This question is also at the heart of the stockpile stewardship programme. 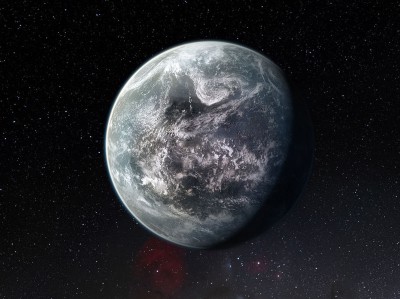 The labs that forge distant planets here on Earth

Since 1992, physicists have been building a comprehensive programme to study the US nuclear arsenal with increasingly powerful supercomputers and dozens of other research facilities designed to test everything from nuclear materials and components to explosives. Although the NIF is not detonating miniature bombs, says Herrmann, its experiments could help scientists improve the computer models they use to simulate how weapons will detonate, potentially reducing uncertainties. Other experiments might test how the electronics and other components in a weapon hold up in the face of intense bursts of radiation expected in a hostile war environment.

Many scientists argue that the facility also bolsters confidence in the nation’s weapons stockpile — and wards off external threats — by helping to attract young researchers to the nuclear field and maintaining a broader scientific enterprise. “There is an overall element of showing scientific prowess that is important as well,” says Herrmann.

But is the NIF essential to the US stockpile stewardship programme?

Some critics have questioned whether scientists need the facility to maintain the United States’ nuclear weapons. They say the stewardship programme has already bolstered confidence in the stockpile within the NNSA, and point out that the agency is now proposing to build what are effectively new nuclear weapons, rather than simply maintaining the current cache with minimal changes. 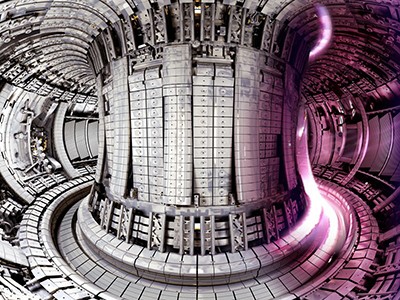 “That shows either an enormous amount of hubris, or an incredible confidence that you can build a lot of what we need for the next 50 years, even without a functioning NIF,” says Hans Kristensen, who heads the nuclear information project at the Federation of American Scientists in Washington DC.

Herrmann argues that the NIF can still help, though. He says nuclear weapons scientists are constantly extrapolating from limited experimental data as they evaluate their computer simulations. Information gathered from more energetic fusion reactions at the NIF, he says, will allow them to test the models more directly, hopefully reducing uncertainties and making it easier for the NNSA to certify that weapons in the arsenal will detonate if needed, and not before.

So what happens next for the NIF?

The ultimate test — whether the team can replicate its 8 August success — could come as early as October, say laboratory officials. Meanwhile, scientists are rushing to understand and publish their findings. Because the facility is operating at the scientific edge of what is possible, even slight variations in the manufacture of the target capsule or the tuning of the lasers could cause the system to produce more, or less, energy than the earlier experiment, says Herrmann. “We can’t do the exact same target experiment, because we blew the target up,” he says. But with time, he adds, the science team should be able to repeat and build on this success — and push the facility even further.

Unusual width of the superconducting transition in a hydride

Sympathetic cooling of a trapped proton mediated by an LC circuit

Possible overestimation of isomer depletion due to contamination

Reply to: Possible overestimation of isomer depletion due to contamination

Electric cars and batteries: how will the world produce enough?