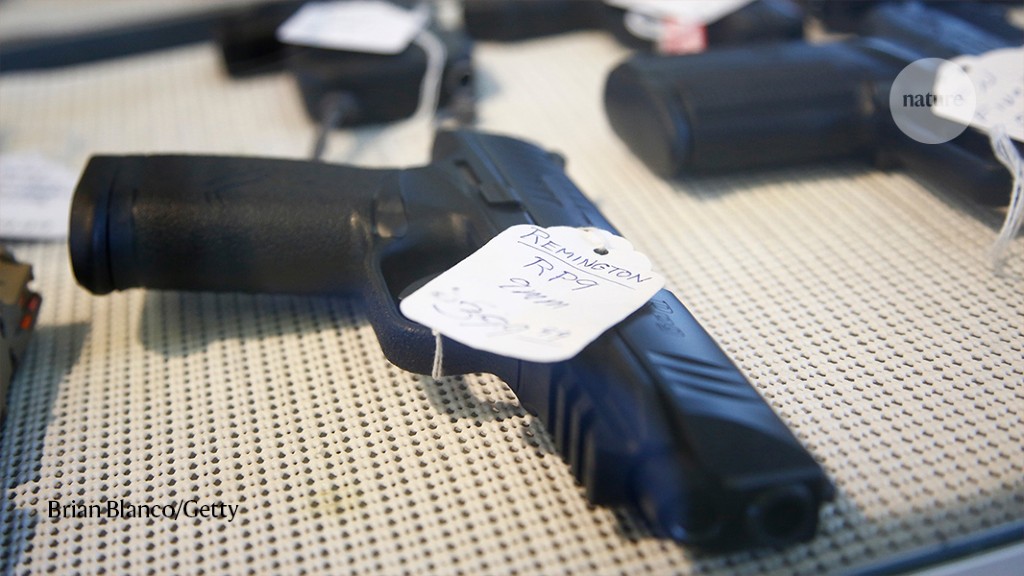 US lawmakers have reached an agreement that would fund gun-violence research for the first time in more than 20 years.

A spending bill introduced on 16 December includes US$25 million for studies on the issue, split evenly between the Centers for Disease Control and Prevention (CDC) and the National Institutes of Health (NIH). The House of Representatives and Senate are expected to approve the legislation this week, clearing the way for President Donald Trump to sign the bill into law.

“It’s a good start,” says Garen Wintemute, director of the Violence Prevention Research Program at the University of California, Davis, who has been studying gun violence for decades. “Violence prevention policy should be guided by solid scientific evidence.”

“Is it adequate? Absolutely not. But is it meaningful and is it important? Absolutely yes,” says Mark Rosenberg, president emeritus of the non-profit Task Force for Global Health in Atlanta, Georgia, and the founding director of the CDC’s National Center for Injury Prevention and Control.

The CDC says that 39,773 people died of gun-related injuries in 2017, the last year for which it has released a full analysis.

The federal government stopped funding for gun-violence research after Congress passed a rule called the “Dickey Amendment” in 1996. It barred the CDC from using funds “to advocate or promote gun control.” That was widely interpreted to prohibit funding research into gun violence.

Jay Dickey, the Republican congressman from Arkansas who wrote the amendment, reversed his position on gun-violence research in the years before his death. “Both of us now believe strongly that federal funding for research into gun-violence prevention should be dramatically increased,” Dickey wrote in the Washington Post in 2015, along with former NCIPC chief Rosenberg.

Last year, Congress clarified that the ban on federal dollars for “advocacy” or the promotion of gun control did not extend to a ban on research. But lawmakers did not immediately set aside money for such research.

The current legislation requires that the CDC and NIH directors report back to Congress to ensure that any grants they award “support ideologically and politically unbiased research projects”.

David Studdert, a who studies health law at Stanford Law School in California, says that the push to fund gun-violence research at the NIH and CDC is encouraging, but that meaningful research would require sustained support.

“We’ve lost several generations of researchers in this filed and it’s going to take a while to build that back up,” Studdert says.

The federal government is best positioned to undertake such an immense financial commitment, says Andrew Morral, a senior behavioral scientist at the RAND Corporation in Arlington, Virginia, and director of the National Collaborative on Gun Violence Research, a philanthropy that funds research on the topic. “Where are illegal guns coming from? Are different state laws effective? Are the programs that are being developed to counter firearm suicide effective? There are so many questions that we don’t have answers for.”

Democrats in the House of Representatives had proposed setting aside $50 million for research on gun violence, before compromising on the lower figure during negotiations with the Republican-controlled Senate.

“This is a drop in the bucket compared to what the comparable diseases and comparable killers receive for research. We can only go up from here,” says Katherine Phillips, federal-affairs manager at the gun-safety group Giffords in Washington DC. The group was cofounded by former Congresswoman Gabrielle Giffords who was shot in 2011, and then turned to advocating for safer gun laws.

“It shows they’re serious and they know we’ve waited too long.”