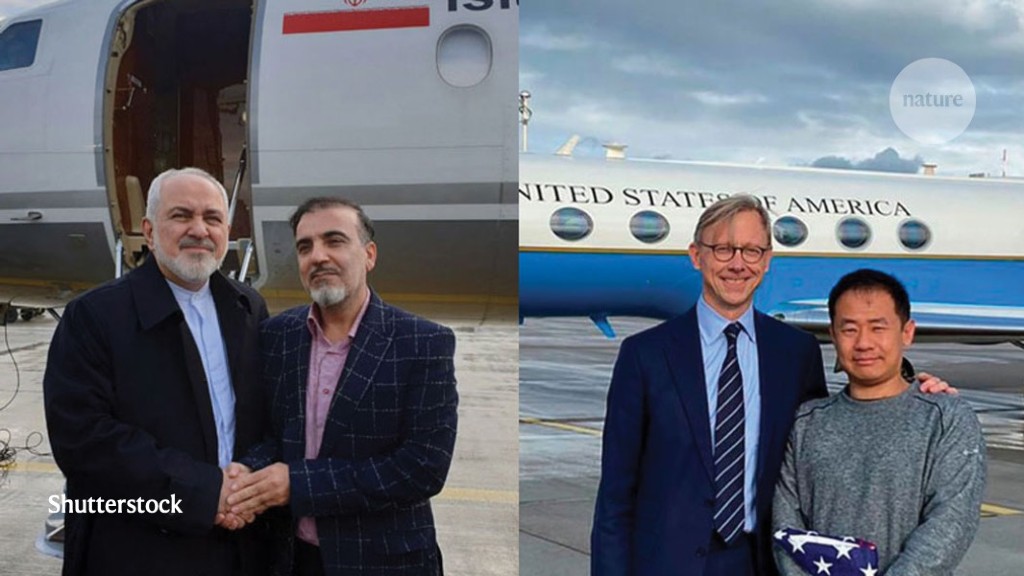 US authorities have dropped charges against two researchers accused of attempting to export chemicals to Iran in violation of trade sanctions. The decision follows a prisoner swap in which the United States freed a third researcher who was charged alongside them — and imprisoned. Iran released a jailed US researcher in exchange and both were allowed to return to their home countries last week.

The scientist freed by the United States was Masoud Soleimani, an Iranian biologist arrested on 25 October 2018 after flying to the United States to take up a temporary research position at the Mayo Clinic in Rochester, Minnesota. He returned to Iran last week on 7 December after US authorities dropped all charges against him. The same day, Iran’s government released historian Xiyue Wang, a US citizen jailed in Iran in August 2016 on spying charges.

Brian Hook, the US government’s special representative on Iran, said in an interview with Voice of America that the exchange is “a good first step, and I hope this leads to bigger and better things”.

US authorities had also arrested two of Soleimani’s former students, Mahboobe Ghaedi and Maryam Jazayeri shortly after detaining Soleimani. Both were released on bail pending a trial, but on 11 December, the US government announced it was also dropping all charges against them.

Jazayeri’s lawyer Pate Page says the government told him it “did not believe it fair to continue the case against the two defendants when the main defendant [Soleimani] has been released”. At the time of the arrests, Ghaedi was a stem-cell researcher at Yale University in New Haven, Connecticut; Jazayeri is a biochemist based in Louisville, Kentucky, and is a US citizen.

Iranian authorities imprisoned Wang, who was studying for a PhD in Persian history at Princeton University in New Jersey, in 2016. He was detained on spying charges while visiting Iran to work in the country’s national archives in Tehran. In a statement issued after his release, Princeton University’s president Christopher Eisgruber said the university is looking forward to welcoming Wang back to campus after his “unjust imprisonment”.

Soleimani, a stem-cell researcher at Tarbiat Modares University in Tehran, and his former students were all charged with attempting to export chemicals known as growth factors without obtaining permission from the US Treasury department, according to US prosecutors. Growth factors are used to culture cells in regenerative medicine. Page told Nature that if the case had come to trial, his client Jazayeri would have pleaded not guilty on the grounds that growth factors used in medical research, in his view, did not require special authorization for export to Iran.

Ghaedi had bought the growth factors in the United States — where they are readily available and cheaper than in Iran — at a time when the administration of President Barack Obama was relaxing US sanctions on Iran. Ghaedi then sent the vials to Jazayeri, who would take them to Soleimani during her next trip to visit family in Iran. But when she tried to board her plane at Atlanta airport in September 2016, US federal agents confiscated the growth factors.

The prisoner swap and the subsequent dropping of charges is significant, says Ali Herischi, a human rights lawyer based in Bethesda, Maryland, because it “is the first case of cooperation between Trump and Iran” since the United States pulled out of the Joint Comprehensive Plan of Action — also known as the Iran nuclear deal.

According to Mehrnoush Yazdanyar, a member of Soleimani’s defence team, it is also a sign that the two nations are talking to each other, in spite of often strong rhetoric from Tehran and the White House. “Both the United States and Iran were open about the fact that this was a deal,” says Yazdanyar.

In a 7 December tweet, US President Donald Trump thanked Iran for what he called “a very fair negotiation”, adding: “See, we can make a deal together!” Two days later, Iran’s foreign minister Mohammad Javad Zarif tweeted that Iran was “fully ready for comprehensive prisoner exchange”.

The news of the prisoner swap came as a surprise to Soleimani, Yazdanyar says. The dismissal of charges means, in theory, that Soleimani could return to the United States. However, Iran’s foreign ministry issued a warning this week to its citizens — and particularly scientists — to avoid travelling to the United States, “even to take part in scientific conferences”.