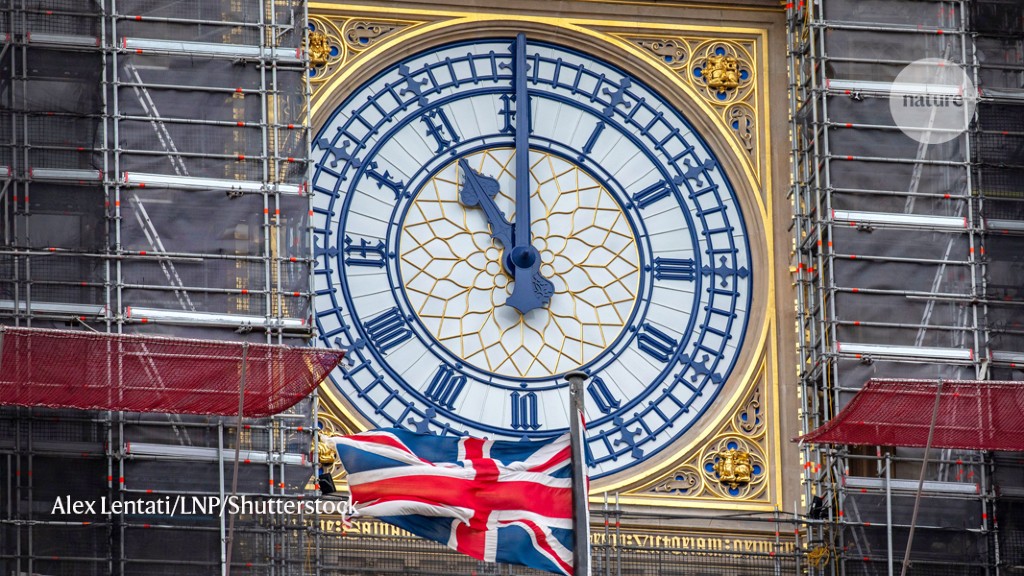 At the stroke of 11 p.m. on 31 January, researchers will be among those lighting candles to mark the United Kingdom’s departure from the European Union. Most scientists didn’t want Brexit. Scientists co-founded a national campaign for a second referendum on the country’s EU membership, fearing that the split would destroy a union that has promoted collaboration and the advancement of knowledge for the past 47 years.

They were unsuccessful — and the next 11 months will be an uncertain time as the United Kingdom enters a transition period in which it must negotiate the terms of its future links with the EU. UK researchers do not yet know if they will be part of joint EU research programmes. However, in one piece of welcome news, the futures of the many EU researchers who want to make their lives in Britain now lie in the hands of the UK Research and Innovation agency, and not the UK Home Office — an institution that, for much of the past decade, enacted and implemented policies to reduce immigration to the United Kingdom.

But it’s not only the act of separation that will be so painful. Research has always been central to European unity. Back in 1973, Britain joined much more than the ‘European Economic Community’, which is what later became the EU. It joined an organization that had been founded to further a number of principles — that it is better for nations in the same neighbourhood to make decisions together; that conflicts must be resolved through negotiation and compromise; and that it benefits everyone if richer countries can assist poorer ones.

Each of these principles was rooted in the same goal — to avoid a repeat of the brutal war from which the EU’s founders had emerged. The continent’s scientists were very much part of the Second World War, which is why the bloc’s architects deliberately planned for joint research — and especially technology — to be part of the glue for European integration. The idea that research cooperation can assist peace-building has inspired other regional unions, from Africa to Latin America and the Caribbean.

As the EU was taking shape, some of Britain’s scientific leaders were sceptical about collaborating with European colleagues. But scepticism faded as the benefits of a European research area — not unlike that of the United States — with pooled funding and freedom of movement became clear. Britain’s researchers received the second largest share of their country’s EU funds (after farmers), and as of June 2019, this was more than €1 billion (US$1.1 billion) a year. Much of this went towards collaborative projects with societal impact, such as the European Social Survey, which tracks changing social attitudes in 38 European nations; the Clean Sky programme, in which researchers from 27 countries work together to reduce aircraft carbon emissions and noise; or the Innovative Medicines Initiative, where researchers collaborate to develop medicines for under-served conditions such as tuberculosis.

Mindful of what it could lose, the government is investigating whether Britain could pay to join — or be ‘associated’ with — EU programmes. But at the same time, ministers have been preparing for the possibility that this will not happen. That’s because UK membership of EU research programmes will require some form of freedom of movement and, so far, the UK government has said freedom of movement must end in its current form. Joining EU programmes also depends on the wider terms of the United Kingdom’s future EU relationship to be thrashed out this year. Within government, there are varying views as to how close Britain should remain to the laws and regulations of its former EU partners — what is called ‘alignment’. But from the perspective of researchers and society as a whole, there are more benefits in alignment than in moving out of the EU’s orbit, at least for now.

It’s in everyone’s best interests that Britain should continue to align, to some degree, with the continent’s carefully crafted decision-making frameworks on the environment, data, employment, food safety and the broader life sciences. Environmental issues are international by their very nature, so there is no sense, nor logic, in Britain creating its own standards, or aligning with a minority of countries. The same applies for regulations on technologies such as those involved in gene editing and artificial intelligence. UK researchers must be part of global efforts.

The United Kingdom should also consider continuing to contribute to what is called ‘cohesion funding’. These are EU funds that go to poorer regions, and include funding for research. Between 2014 and 2020, Britain’s less developed regions — including those in Wales, Cornwall and the northeast of England — received €10.6 billion in cohesion funding. Under EU rules, this contribution must be matched from national sources, doubling the available money.

The government has pledged to replace some cohesion funding through a ‘Shared Prosperity Fund’, and on a visit to northeast England last week, science minister Chris Skidmore promised to “level up” research funding between the UK regions. Such an announcement could not have come sooner. The government’s own data show that, in 2017–18, the northeast and Wales each received 2% of Britain’s gross expenditure on research and development. By contrast, 35% went to institutions in London and the southeast of England.

But at a conference organized by the Institute for Public Policy Research in Newcastle upon Tyne, UK, on 22 January, it was pointed out that the various regions will be required to compete with each other for this new funding — creating winners and losers. And there were fears that UK funding for the poorest communities would be less than what has been obtained through EU funding. “Nothing I’ve heard says the government knows what to do to solve the problems of the North of England,” said political scientist Anand Menon, director of the UK in a Changing Europe research programme.

The government needs to listen to these warnings if it is to make good on its promises. As the prime minister and his senior advisers start to make decisions in the coming months, leaders of the research community must continue to use their influential voice and ensure that UK researchers are generously funded, that under-served communities do not lose out and that research policies continue to reflect an international consensus.

“The European Union is seen by many as a model. And Britain must be part of that model.” The German–British philosopher Ralf Dahrendorf wrote these words in frustration in 1995 when a previous Conservative UK government found itself in turmoil over Britain’s relationship with the EU.

Dahrendorf was unusually placed in that he could see Britain’s relationship with the EU from many sides. He could see how EU membership was being interpreted by some as a loss of sovereignty in a post-imperial nation. But as a refugee from Nazi Germany who had been welcomed by Britain, he also understood the EU’s crucial importance as the backstop against a return to authoritarianism in continental Europe.

Dahrendorf’s wish will be denied. But it is essential that both the United Kingdom and the remaining 27 EU member states and EU institutions do not let Brexit diminish that mission. The EU exists to protect democracy and the rule of law. It ensures continued peace and prosperity through negotiation and compromise, through the freedom to travel and trade, and by the strong helping the weak — all catalysed by knowledge, research and innovation. These are values to which every nation must aspire, including the United Kingdom even if it is no longer part of the EU.