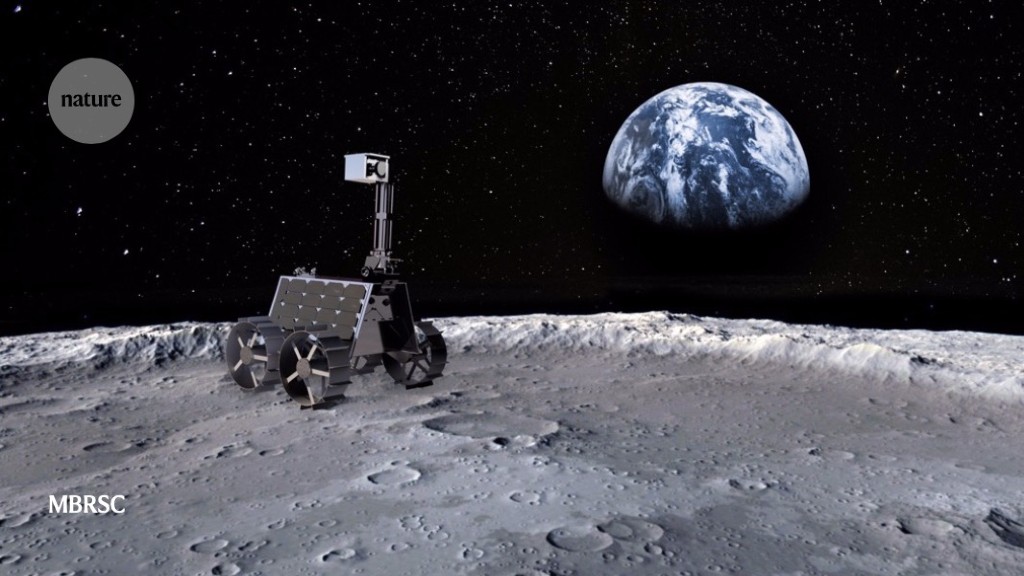 The United Arab Emirates (UAE) has announced plans to send a compact rover named Rashid to study the Moon in 2024, marking an intensification in the small nation’s space-faring ambitions. If it is successful, the UAE Space Agency would become only the fifth to succeed in placing a craft on the Moon’s surface, and the first in the Arab world.

The Mohammed Bin Rashid Space Centre (MBRSC) in Dubai says its in-house teams will develop, build and operate the 10-kilogram rover, which is named after the late Sheikh Rashid bin Saeed Al Maktoum, who ruled Dubai at the UAE’s creation in 1971.

The team will hire an as-yet unannounced space agency or commercial partner to carry out the launch and landing, the riskiest part of the mission. If successful Rashid would be one of several rovers made by private firms and space agencies that are set to populate the Moon by 2024.

For a country with just 14 years’ experience in any kind of space exploration — and which this year launched its first interplanetary orbiter on a journey to Mars — building a rover presents a host of fresh challenges.

The relatively simple rover will have six scientific instruments, including four cameras. “They’re not biting off more than they can chew at this stage,” says Hannah Sargeant, a planetary scientist at the Open University in Milton Keynes, UK. “I think they’re actually being quite smart about it.”

Rashid will have just one-tenth of the mass of China’s Chang’e-4, the only currently active lunar rover. The UAE craft will include an experiment to study the thermal properties of the Moon’s surface, providing insights into the composition of the lunar landscape. Another experiment will study the makeup and particle size of lunar dust in microscopic detail, says Hamad Al Marzooqi, project manager for the lunar mission at the MBRSC.

Rashid’s most exciting instrument is a Langmuir probe, says Sargeant. A first on the Moon, this will study the plasma of charged particles that hovers at the lunar surface, caused by the streaming solar wind. This environment electrically charges dust in a process that is little understood, she says.

Surface-based experiments to understand the charged environment are essential, because the conditions make lunar dust stick to surfaces, which could be dangerous for future crewed missions, she adds. “It’s really sharp, tiny grains that get everywhere, that stick everywhere and can be hazardous to astronauts if they inhale a lot.”

Rashid will land at an unexplored location at a latitude between 45 degrees North or South of the equator on the Moon’s near side. This allows for easier communication with Earth than would be the case for a far-side probe, and should also mean a landing that is less rocky than one in the Moon’s polar regions. The precise location, however, has yet to be selected from a shortlist of five.

The mission is scheduled to last at least one lunar day — around 14 Earth days — and Rashid could travel anywhere from a few hundred metres to several kilometres. The team is hoping the craft will also last through the equally long lunar night, when the temperature drops to around −173 °C. Previous rovers often carried a heat source. But overnight survival will mean developing new technology for a diminutive rover, says Adnan Al Rais, programme manager for the UAE’s long-term initiative to settle humans on the red planet, known as Mars 2117, which also encompasses lunar exploration. He declined to reveal the Rashid mission’s budget, but said that all scientific data would be openly available to the international community.

The Emirates Lunar Mission is the first of a series of missions that are intended as a platform for developing technologies, says Al Rais. The technologies will eventually support missions to the Martian surface, and address food, energy and water-security challenges back home, where natural resources can be similarly scarce. “It’s challenging, but as you know we love challenges here in the UAE,” says Sara Al Maeeni, an engineer on the Rashid’s communication system.

Rashid’s low weight also means it can fly on a commercial lander, which could reduce the mission’s overall cost. Being small and light means “it’s faster in development and easier to find a lift to the lunar surface”, says Al Marzooqi. This will allow the UAE to send frequent missions to the lunar surface, with a variety of locations and scientific objectives, he adds.

The UAE Space Agency is just 6 years old, its satellite programme only 14 years old and the country awarded its first PhD in any field just 10 years ago. It rapidly became a spacefaring nation through a policy of hiring international academic and industry partners to help build and design missions, while training home-grown engineers.

Although the country now has expertise in satellites, orbiters and remote-sensing instruments, a robotic mission will require new skills — in building the rover’s mechanical structure, and its heating and communication systems. Particularly challenging will be sending signals across the 384,000 kilometres to Earth with only the limited power and antenna length of a lightweight rover, says Al Maeeni.

The rover team at the MRBSC has been working on the project for around two years, and is designing Rashid based on previous successful probes. They also plan to model and hone a series of rapid prototypes, says Al Marzooqi. Unlike the country’s Hope Mars mission, which was largely built in the United States by both US and Emirati engineers, Al Marzooqi stresses that the entire lunar rover will be developed in the UAE. However, it will still involve international partnerships, he says.

That Rashid will get to the Moon is not a given. So far only European, Chinese, Russian and US space agencies have landed probes safely on the Moon, and no private company has yet succeeded. More than 20 landers have crashed; India’s 2019 Chandrayaan-2 mission was the most recent to do so. And although the mission’s 2024 date coincides with Artemis — an international NASA-led return of humans to the Moon — the Emirates Lunar Mission will go ahead even if Artemis stalls, adds Al Rais. “Our plans are totally independent.”

The next few years could see a flurry of rovers and landers as a precursor to the Artemis project. NASA plans to pay companies to fly scientific and technical experiments to the Moon beginning in 2021, while the European Space Agency, China, India, Israel, Japan and Russia are among the nations planning to send landers or rovers in the next five years.

“Everyone is rushing to go to the Moon, and we want to be a key contributor to these international efforts,” says Al Marzooqi.