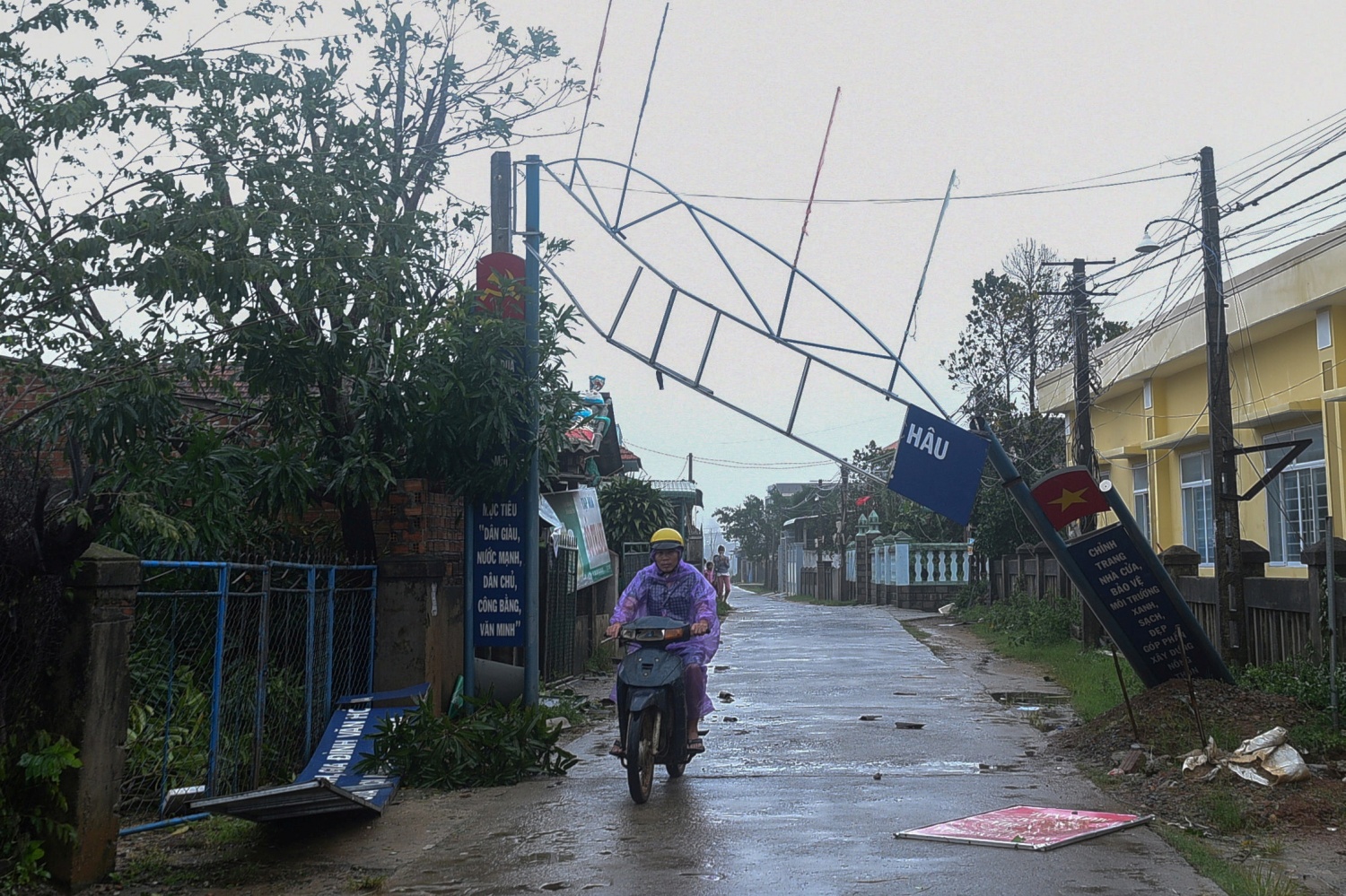 Typhoon Molave left the Philippines on Tuesday and struck Vietnam on Wednesday. The typhoon claimed 16 lives in the Philippines, while the death toll in Vietnam is now at 19. 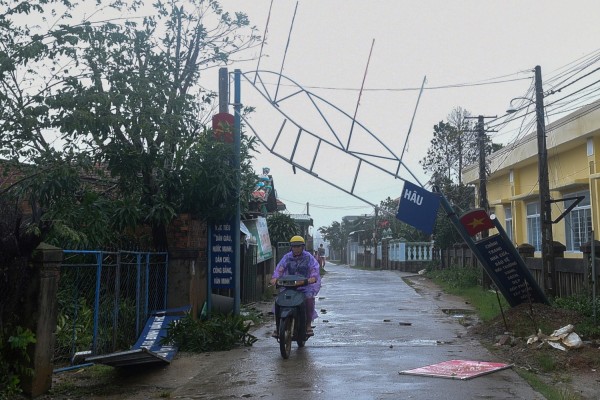 (Photo: Reuters Connect )
Typhoon Molave left the Philippines on Tuesday and struck Vietnam on Wednesday. The typhoon claimed 16 lives in the Philippines, while the death toll in Vietnam is now at 19.

Officials estimate that the death toll from the storm has reached 19, and a total of 64 people are missing. The count includes the 26 crew members from two fishing boats that sank on Wednesday.

The landslides in remote areas in the central province of Quang Nam on Wednesday claimed the lives of 13 people. The government said the rescue efforts are being hampered by bad weather conditions due to the tail end of the storm.

The typhoon brought with it torrential rains which triggered landslides in Vietnam. Hundreds of soldiers and machinery were deployed on Thursday to search for survivors from one of the strongest typhoons in the region in decades.

Deputy Prime Minister Trinh Dinh Dung said that although they may be able to forecast the number of rains or the path of the storm, they could not predict when landslides will happen.

Millions of people were without electricity as Typhoon Molave swept Vietnam. About 56,000 houses were damaged.

READ: Hurricane Zeta Fifth Storm That is Named that Hit Louisiana in 2020

On Thursday morning, soldiers were able to dig up eight bodies in Tra Van, Quang Nam Province. The hillside collapsed to residential areas. Vietnam News Agency reported that the victims sought shelter in the community as the typhoon approached.

In Tra Leng, another village about 45 kilometers from Tra Van, a landslide buried several houses occupied by around 45 people. Four of which managed to escape. Vietnam news said rescuers were able to recover three bodies and are racing against time to save others.

Tra Leng remains isolated due to damaged roads and landslides. Bulldozers and excavators are being used to open up roads to bring in more rescuers and heavy equipment.

Vietnam has been hit by storms, heavy rains, and floods since October and has already affected one million people.

After making landfall in Vietnam on Wednesday, the typhoon has weakened into a tropical depression and is expected to reach Laos on Thursday.

Vietnam’s weather agency said that residents should expect heavy rains of up to 27.5 inches in central Vietnam until Saturday. 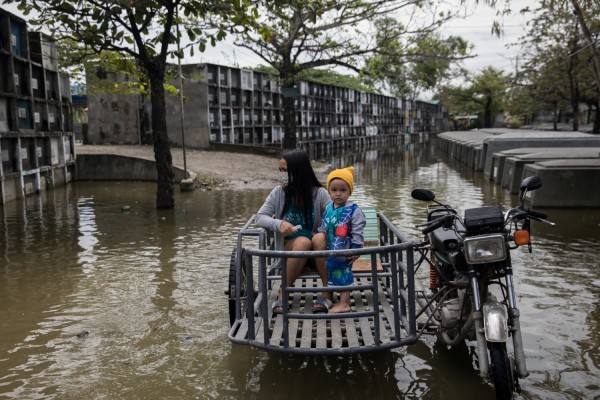 (Photo: Reuters Connect )
A woman and a boy stay on a rickshaw while a relative lights a candle for their departed loved one in a flooded cemetery following Typhoon Molave, in Masantol, Pampanga, Philippines, October 27, 2020. REUTERS/Eloisa Lopez

Typhoon Molave in the Philippines

Typhoon Molave or Quinta made landfall in the Philippines on October 25 and left the Philippine Area of Responsibility on Tuesday. Disaster officials reported on Thursday that the death toll has now reached 16 people, 22 were injured while four people are still missing.

Disaster officials report that 242,220 residents or 57,742 families from 1,008 villages in Central Luzon, Calabarzon, Mimaropa, Western and Eastern Visayas were affected by the typhoon.

Quinta also prompted the evacuation of 65,579 persons or 16,830 families into evacuation centers.

The damage to agriculture and infrastructure is now estimated to be Php737.1 million. The highest cost of damage in Calabarzon is worth Php 593.1million.

READ NEXT: Louisiana Governor Declares the Storm State of Emergency Before Hurricane Zeta Arrival as It Approaches Gulf Coast