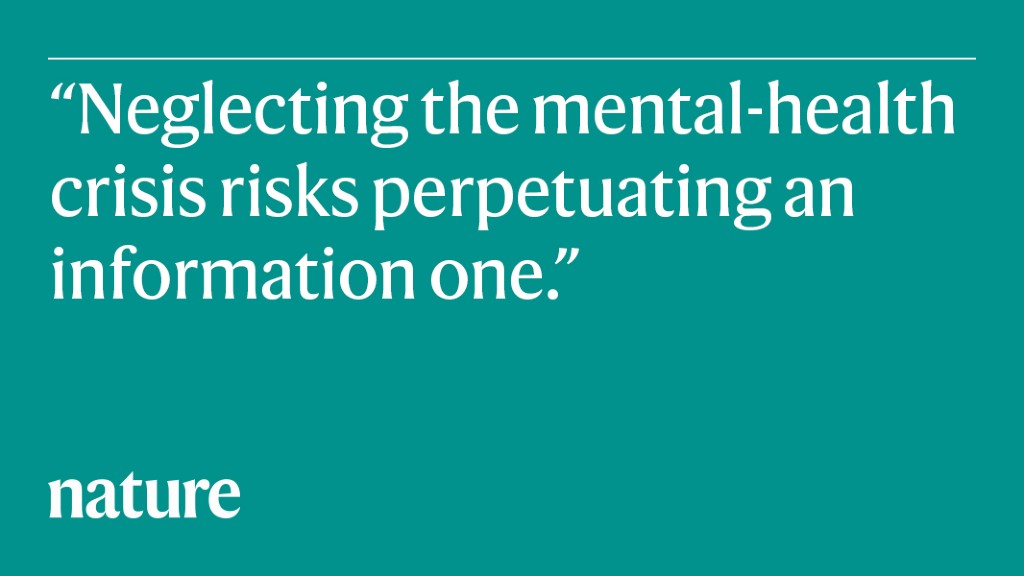 Conspiracy theories can undermine political participation, discourage environmental protection and incite violence. Involvement in online conspiracy-theory communities, such as QAnon, can contribute to violent extremism, according to an analysis this year (A. Amarasingam and M.-A. Argentino CTC Sentinel 13(7), 37–44; 2020). And those who believe conspiracy theories are less likely than those who don’t to comply with public-health measures. The World Health Organization has called on countries to manage the spread of false information.

But how? I was part of a network of more than 100 academics that this year produced the Routledge Handbook of Conspiracy Theories. Of its 48 chapters, just one directly explores how to counter conspiracy theories. It concludes that it is easier to spread them than to refute them. Correcting entrenched beliefs is very difficult.

So it is better to prevent falsehoods taking root than to try to weed them out. That means looking beyond their content and the platforms and algorithms that fuel their spread. We need to examine what makes people susceptible. I study how psychological traits and motives affect beliefs. Ideological convictions are a product of top-down cues from politicians and the media, and bottom-up psychological mechanisms. Hundreds of studies have applied this model to conspiracy beliefs, collecting both experimental and correlational data. My collaborators and I suggest that three broad psychological needs underlie conspiracy beliefs: the need to understand the world; to feel safe; and to belong and feel good about oneself and one’s social groups.

Those who feel defensive about themselves are more likely than others to embrace conspiracy theories, perhaps to deflect blame for their shortcomings. Conspiracy beliefs have also been linked to feelings of powerlessness, anxiety, isolation and alienation. Those who feel that they are insignificant cogs in the political machinery tend to assume that there are nefarious influences at play.

Politicians who feel threatened fan these fears. Amid this year’s presidential campaign, US President Donald Trump talked about “dark shadows” and planes filled with thugs. Similarly, Jarosław Kaczynski, leader of Poland’s Law and Justice party, insinuated last month that protests against an abortion ban were organized by forces aimed at destroying the nation, and that they bear marks of specialized training.

The COVID-19 pandemic created a perfect storm for vulnerability to conspiracy narratives. Uncertainty and anxiety are high. Lockdown and social distancing bring isolation. People struggling to understand this unprecedented time might reach for extraordinary explanations.

First, being able to mix more freely might ease some social needs — but feelings of grief, uncertainty, powerlessness and marginalization will continue for those who have lost health, loved ones, jobs, education and so on. Recovery plans should look beyond economic upturns and physical health. Neglecting the mental-health crisis risks perpetuating an information one.

Second, we know too little about how individuals’ vulnerability to conspiracy theories changes over time. Even daily psychological fluctuations might have a role: people are more likely to entertain conspiracy theories in anxiety-inducing moments. And understanding the long-term effects of major life or world events is important, too. An analysis of letters to the editors of The New York Times and the Chicago Tribune between 1890 and 2010 observed peaks in conspiratorial content in the early 1950s, in the aftermath of the Second World War (J. E. Uscinski and J. M. Parent American Conspiracy Theories https://doi.org/ggtcsb; 2014). Yet longitudinal research in the field, particularly on within-person changes, is difficult and scarce. The surge of studies tracking psychological responses to the pandemic could yield insights to guide interventions.

Meanwhile, we should not abandon other methods of correcting misinformation and stemming its spread. Debunking is extremely difficult, but can work. Debunkers must explain why something is false, drawing attention to the strategies used to deceive and providing facts, rather than simply labelling information false or misleading.

‘Prebunking’ is more effective. Like a misinformation vaccine, this technique warns people that they might encounter misinformation before they buy into it. Online games such as Bad News and Go Viral! show how fake news is spread, and seem to make people more sceptical. Nudging people to consider accuracy discourages them from sharing fake news.

These effects might be amplified by addressing people’s psychological needs. This could make conspiracy theories and other misinformation less tempting, and also improve well-being. Education counters conspiracy beliefs because it develops analytical thinking and because it empowers people. Other interventions could promote a sense of common identity, to boost feelings of belonging and meaning.

What happened in New Zealand during the pandemic is encouraging. Prime Minister Jacinda Ardern stressed solidarity and transparent decision-making, and offered people a sense of purpose. Early data suggest that despite an increase in distress during lockdown, New Zealanders showed no increase in conspiracy thinking, and more trust in science. We should expand this approach globally.