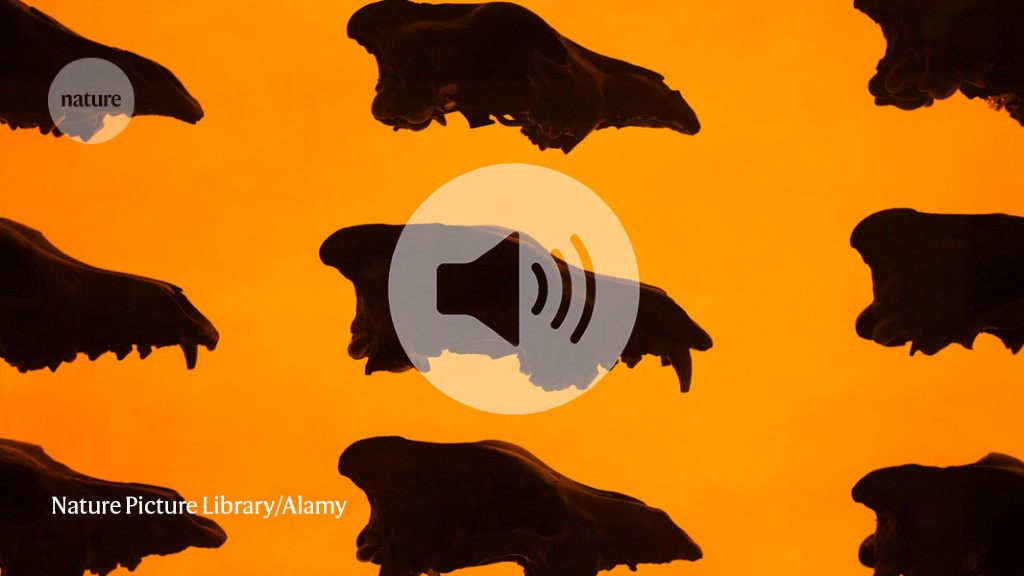 Dire wolves were huge predators that commonly roamed across North America before disappearing around 13,000 years ago. Despite the existence of a large number of dire wolf fossils, questions remain about why this species went extinct and how they relate to other wolf species. Now, using DNA and protein analysis, researchers are getting a better understanding of what happened to these extinct predators.

The secret to Pluto’s blue haze, and the neural circuitry underlying mice empathy.

In December, a last minute trade-deal between the UK and EU clarified what the future relationship between the two regions would look like, after Brexit. We discuss the implications of this trade-deal for science funding, the movement of researchers, and data sharing.

News Explainer: What the landmark Brexit deal means for science

We discuss some highlights from the Nature Briefing. This time, concerns about contaminating water on the moon, and the spy satellites that spied out environmental change.

Nature News: Will increasing traffic to the Moon contaminate its precious ice?

The New York Times: Inside the C.I.A., She Became a Spy for Planet Earth

Subscribe to Nature Briefing, an unmissable daily round-up of science news, opinion and analysis free in your inbox every weekday.