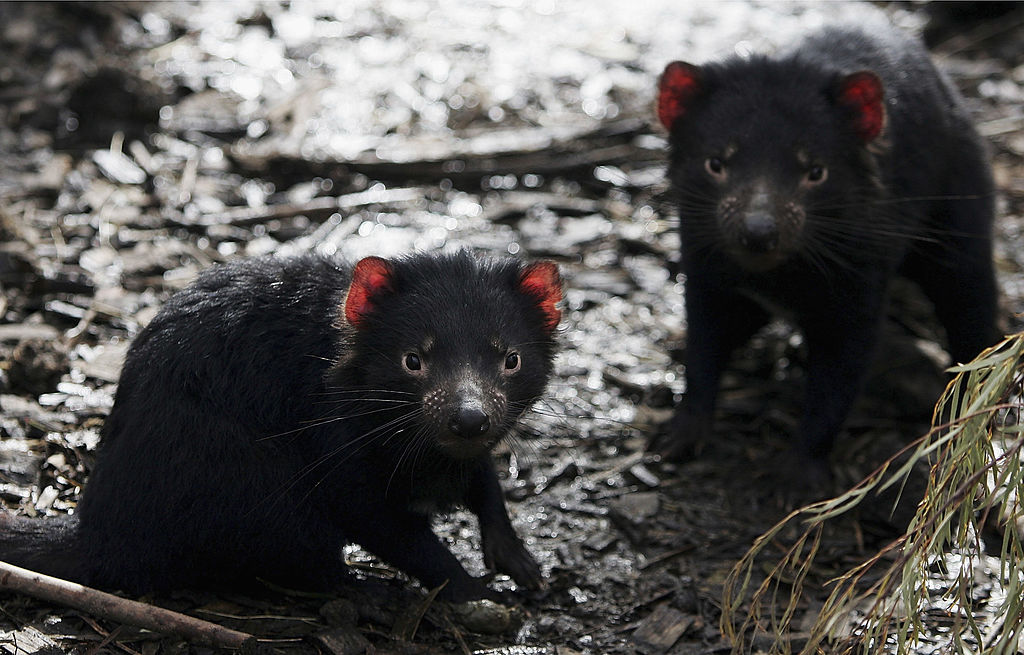 Robbins Island off north-west Tasmania plans to build a windfarm that could threaten the disease-free Tasmanian devil population according to federal environment officials.

The planned windfarm worried environmental officials about the potential damage it could impose to the Tasmanian Devils and their survival.

According to Guardian Australia, the threat this could bring can be serious as there is currently ‘no comparable habitat’ anywhere that could compensate for the project’s impact on the island’s unique devil colony. 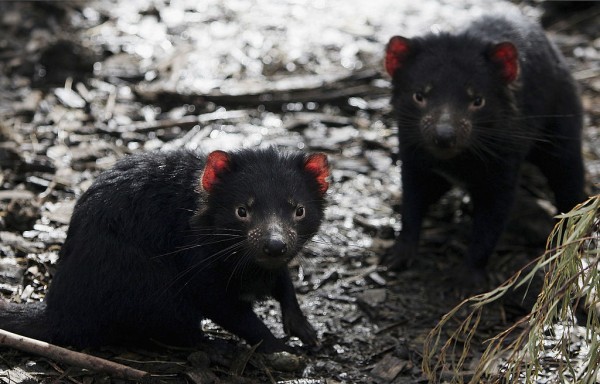 (Photo : Photo by Ian Waldie/Getty Images)
HOBART, TAS – AUGUST 31: Tasmanian Devils at a quarantine facility August 31, 2005 in Hobart, Australia. The Devil, a native marsupial unique to Tasmania, is under threat from Devil Facial Tumor Disease (DFTD) which is decimating numbers throughout Tasmania.

A Home for Disease-Free Tasmanians

One of few remaining wild colonies in the island were the 150 endangered Tasmanian devils free of facial tumour disease. Environmental activists such as former Greens leader Bob Brown opposes to the plan as it will significantly affect the Tasmanian’s natural beauty and also harm other critically endangered birds and wildlife, without bringing economic benefit.

UPC/AC Renewables plans to put up about 122 turbines with combined tower and blade tip with around 270 meters in length, involving a new bridge to connect to the Tasmanian mainland.

While the UPC/AC Renewables claims to have addressed potential offsets for devil’s habitat and developed the plan thoroughly since 2017, federal officials said otherwise. In fact, they said that the infrastructure was to be built and operated in extensive foraging and denning habitat areas, yet no offsets had been drafted by the company.

“This healthy, abundant population is likely a stronghold for the survival of the species,” said the officials.

Also read: 6,000 Penguins Wiped Out From Australian Island After Tasmanian Devils Were Reintroduced

The environmental activists drafted an email that proves lack to no offsetting proposal for the island’s unique devil colony. Under the Australia’s environmental offsets policy, offsetting is vital when clearing a habitat to lessen the possible environmental impact of the development.

“There are likely to be challenges in finding suitable offsets for impacts to Tassie Devil habitat as no ‘like for like’ habitat (isolated, high density, uninfected population) exists,” an official wrote.

The main concern for these officials was the fact that the healthy population of devils with no facial tumors will be hindered. “How on earth are you going to offset that?” said Kim Anderson, a resident of West Montagu in north Tasmania and member of Circular Head Coastal Awareness Network.

“We are not against windfarms, we just want the government to start planning where windfarms should go,” she added.

Local wildlife carer and also member of the opposition group described the development as ‘a disheartening situation’. “This whole project, I just cannot get my head around how it has got to this stage,” she exclaimed.

Federal environment minister, Sussan Ley, met with UPC on a recent trip to Tasmania to review UPC’s draft documentation and comment on what needs to be addressed. A spokeswoman for UPC/AC Renewables said that they are one with the environment department to work on the feedback related to devil habitat.