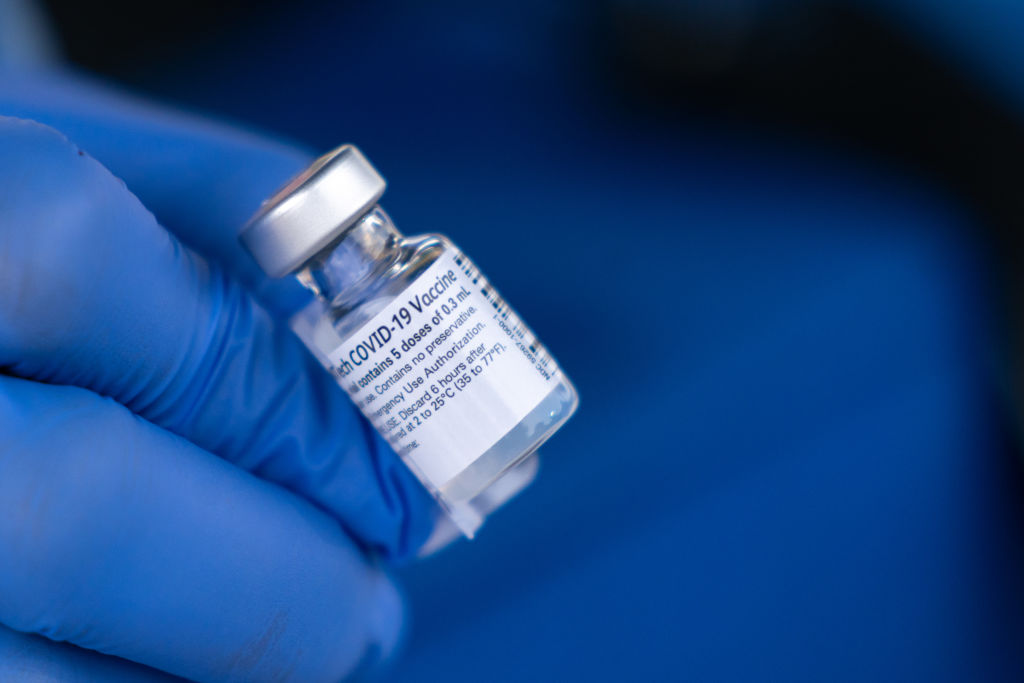 The US Food and Drug Administration has approved several COVID-19 vaccines for emergency use in certain age groups (FDA). All approved COVID-19 vaccinations, according to Johns Hopkins Medicine, are extremely successful in avoiding major illness, hospitalization, and death from COVID-19.

Both the Pfizer and Moderna injections had no significant adverse effects, according to an ongoing monitoring system for the safety of mRNA vaccines for COVID-19. Federal and commercial insurance researchers in the United States are conducting the study.

The gathered team has been following the medical records of millions of Americans who have gotten an mRNA vaccine for COVID-19 since December 14, 2020, tracking their health before and after immunization.

Researchers will continue to track vaccinated Americans over the following two years, but initial findings should convince the public that these vaccines are quite safe.

Researchers looked at the medical records of 6.2 million patients (about twice the population of Nevada) who received one dose of an mRNA vaccination and 5.7 million people who had two doses and found no statistical evidence that the injections were linked to any of 23 severe outcomes.

Although the list is far from exhaustively-out, each potential adverse effect was picked in consultation with CDC specialists based on growing concerns, hypothetical links, and preliminary clinical trial data.

Neurological diseases, such as seizures, encephalitis, and Guillain-Barré syndrome, cardiovascular issues, such as myocardial infarction, stroke, and pulmonary embolisms, and other severe conditions, such as Bell’s palsy, appendicitis, and anaphylaxis, were among the outcomes studied.

Those who had gotten their injection within the last few weeks did not exhibit any more significant effects than those who had not been immunized and those who had been inoculated with an mRNA vaccine more than 3 weeks prior.

While there were some major adverse effects, the authors claim that none of the correlations were strong enough to reach a pre-specified ‘signal’ level, which is required for statistical significance.

Researchers found no evidence linking mRNA vaccines, such as Pfizer or Moderna, to an increased risk of blood clots, unlike the AstraZeneca vaccine, which uses a modified cold virus to elicit an immune response to SARS-CoV-2.

Only 34 instances of cardiac inflammation were found in the present investigation among young persons aged 12 to 39. This occurred within a week of getting the vaccination, and virtually all the patients had recovered by the time the record review took place.

Younger patients should be informed of the risk-benefit trade-off that vaccinations present in the event of a worldwide pandemic, as well as the symptoms to watch for if they opt to get vaccinated.

The new COVID-19 vaccinations are no exception, but because mRNA vaccines are still relatively new terrain, it is critical that the safety findings are communicated to the public in plain language. For now, the data suggest that the COVID-19 vaccinations from Pfizer and Moderna are a far safer choice than getting the new coronavirus.

Also read: Covid Toes: Why Do Some Covid Survivors Get Painful Lesions in Toes and Fingers?

How Do mRNA Vaccines Work?

mRNA vaccines work by delivering a tiny amount of mRNA that matches to a viral protein, a protein located on the virus’s outer membrane. (Those who receive an mRNA vaccination are not exposed to the virus and cannot become infected by it.) Cells make the viral protein using this mRNA blueprint. The immune system detects that the protein is foreign and generates specialized proteins called antibodies as part of a normal immunological response.

The antibodies aid in infection protection by detecting specific viruses or other pathogens, adhering to them, and marking them for elimination. Antibodies persist in the body after the virus has been eliminated, allowing the immune system to respond rapidly if it is exposed again. If a person is exposed to a virus after getting an mRNA vaccine, antibodies will immediately detect it, bind to it, and label it for destruction before it may cause significant sickness.