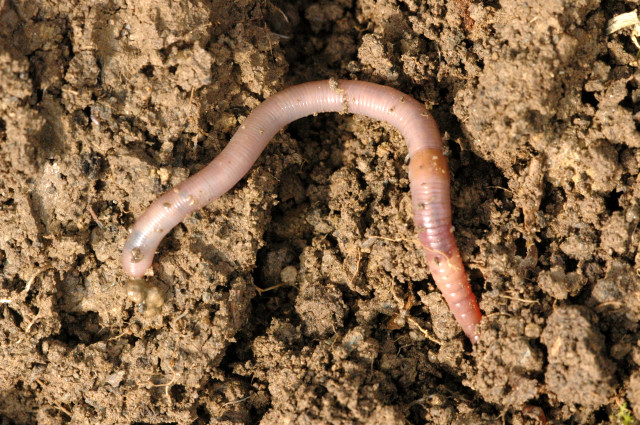 The snake worm is a worm that looks like a snake when it moves around.

Despite that though, they can sometimes be confused with earthworms. This has become a problem because the recent surge of snake worm populations have become a great concern for American conservationists.

Is a snake worm dangerous?

For humans, they are not. However, they are classified as an invasive species and have shown the capacity for inflicting serious harm on the local environment.  In fact, their style of movement is one clue.

Unlike earthworms, crazy snake worms stick mostly to stuff they can eat on the surface and they tend to keep there for most of the day. The castings they leave behind also do not have as many nutrients as those of the earthworm. And to make matter worse, they do not circulate further into the ground.

In short, the snake worm is closer to an eat-and-runner rather rather than a more docile yet industrious earthworm.

Snake worms are also known to breed without mating and it easily explains the rapid spread of their populations across America. (It does not help that these worms are also capable of reaching full maturity in as little as two months.)

Now, imagine the exploding numbers of the crazy snake worm population in the context of the American woodland. This species has been seen eating away large portions of much needed topsoil nutrients from the forest floor, leaving brittle casings that could just easily wash away after a night’s rain.

Such a dramatic change can only spell bad news for the rest of the plan life. It has been theorized that this could lead to a chain reaction that includes everything from the decline of species important to the ecosystem to even a follow-up arrival of other invasive species.

Hence, scientists are already looking harder at the snake worm’s impact in order to suggest what actions must be taken to weaken their spread. They are also working to pin down exactly where these worms are coming from and how they are being spread from state to state.

It is possible that these worms arrived as eggs from ships carrying imported plants and soils. Others suggest that even transported vehicles and used gardening equipment could be suspect.

In any case, the alarm has already been sounded and citizens are encouraged to actively remove these worms if they are ever found in their gardens or in forest treks.

Although, they must also take care not to confuse them with earthworms and pay close attention when crazy snake worms are spotted. It pays to remember that the latter is generally smaller and they move more wildly. Once collected, it is highly recommended that the worms be killed via dehydration.

It may also help to distinguish the healthy casings that earthworms leave behind in contrast to the sandy, paler ones left by snake worms. On the shipping front, importers should consider inspection and fumigation when coming from states known to experience snake worm infestation in the last six months. Exterminating this creepy crawly may not be possible for now, but at the very least the spread can be contained.