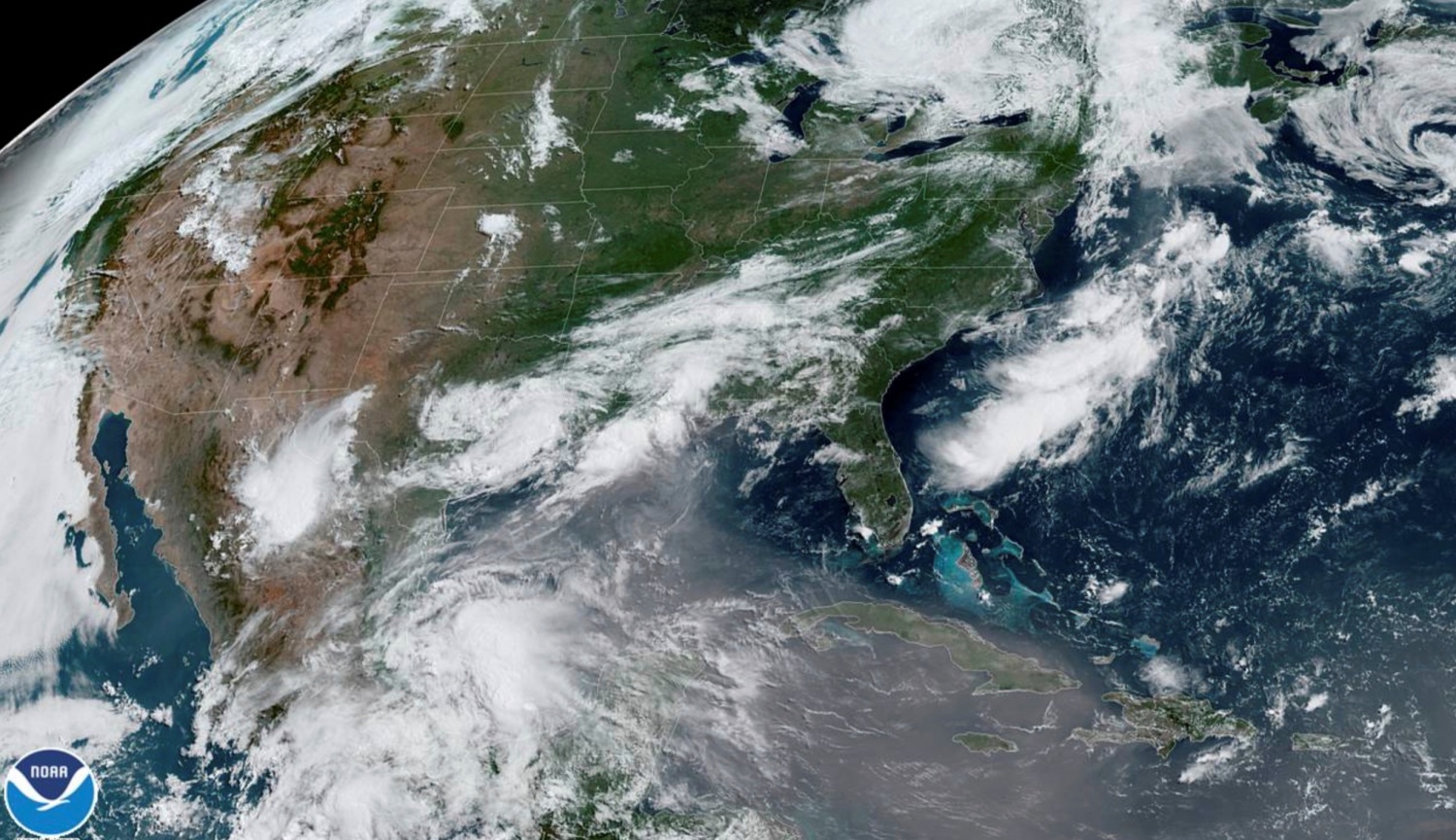 A 4,000 mile-long dust plume, which traveled the 5,000-mile journey from Saharan Desert, has arrived in Puerto Rico, Hispaniola, and Cuba and is expected to hit the Gulf of Mexico, Texas to the lower Mississippi River Valley Thursday and Friday and finally Washington this weekend.

The plume, known as the Saharan Air Layer, or SAL, is a yearly phenomenon that develops over the Saharan Desert from late spring to early fall and travels through the Atlantic Ocean to the southern United States.

The dust plume stays typically intact as it moves across the oceans and would often dissipate upon reaching the Caribbean. This year’s dust plume, however, is more resilient than usual: the dust is so opaque and thick that the International Space Station can see the dust from space. Previous dust plumes appeared ghostly and faint from above.

The plume is already in Puerto Rico, Hispaniola, and Cuba. It is expected to hit Texas and Louisiana on Wednesday and Thursday.

U.S. Virgin Islands was also hit by the plume on Monday. The visibility was reduced to three miles at the St. Croix airport in the U.S. Virgin Islands. Experts say this is rare as dust plumes usually are found higher in the atmosphere and do not affect the surface visibility. Gabriel Lojero, a meteorologist of San Juan National Weather Service, said San Juan typically has 10-miles plus of visibility on a normal day. The dust plume has caused the visibility to drop to five miles in San Juan. “The sky is a white appearance. It’s milky,” Lojero noted.

CHECK THIS OUT: [NASA Satellite Image] Subtropical Depression Turns Into Tropical Storm ‘Dolly’ in One Day

The dust plume causes more sunlight to scatter, leaving a more vibrant orange and red hue of sunset and sunrise.

While the pictures of the sunlight and sunset would look good on your camera, exposure to dust plume triggers certain health problems. According to Dr. Sandro Galea, dean of the Boston University School of Public health, “This can be an allergen that is uncomfortable with asthma or reactive airways.”

The particulate matter of the dust plume contains more silica and poses a hazard to those with an underlying health condition. Healthy people may also be affected by irritation from the dust particles. Wearing masks and air filters and avoiding outdoor activities is recommended, a pulmonary specialist at Lenox Hill Hospital in New York City warned.

WOW: The US Department of Energy Invests in New National Laboratory to Advance Fuel Cell and Hydrogen R&D

According to the National Weather Service, the dry layer of air brought about by the dust plume suppresses the development of tropical storms: thunderstorms and development of clouds are limited, but these are essential elements for a tropical cyclone to advance.

Another positive contribution of the dust plume is that it improves the condition of ecosystems. A study in 2006 showed that dust plumes from single Saharan Valley, known as the Bodele Depression, contributed to almost half of the nutrients that fertilized Amazon Forest. Scientists also claim that SAL provided the carbon and minerals necessary to support the diverse marine life and coral reef of the Bahamas.

However, severe dust plumes can pose danger to the coral reefs as a substantial amount of nutrients are deposited in the ocean, encouraging poisonous algal blooms from toxic agricultural contaminants mixed in with the dust.

READ NEXT: The Year 536 Has Been Tagged as the Worst Year Ever