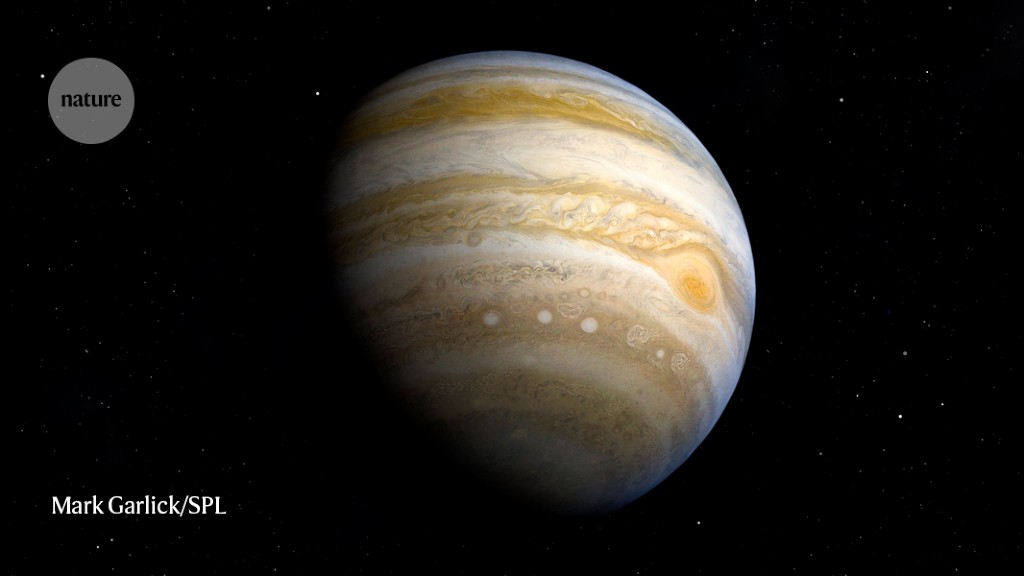 A spacecraft circling Jupiter had a front-row seat as a shooting star briefly lit up the planet’s skies.

As the biggest planet in the Solar System, Jupiter is regularly pelted by other objects. Among the most famous is Comet Shoemaker–Levy 9, which collided with the planet in 1994, leaving a series of dark bruises. Astronomers have mostly had to be content with seeing only the biggest of these cosmic collisions, although the Voyager 1 spacecraft spotted the flash of a meteor hitting Jupiter’s atmosphere in 1979, when it flew past the planet.

Rohini Giles at the Southwest Research Institute in San Antonio, Texas, and her colleagues used NASA’s Juno spacecraft, which is currently orbiting Jupiter, to spot another celestial impact. In 2020, an ultraviolet instrument aboard Juno observed a short flash in Jupiter’s northern hemisphere. The way the flash radiated energy did not match the pattern expected for lightning, auroras or other electrical phenomena.

The light probably came from a space rock around one to four metres in diameter that hit Jupiter’s atmosphere and burnt up. The team estimates that roughly 24,000 impacts of this size or larger happen every year.