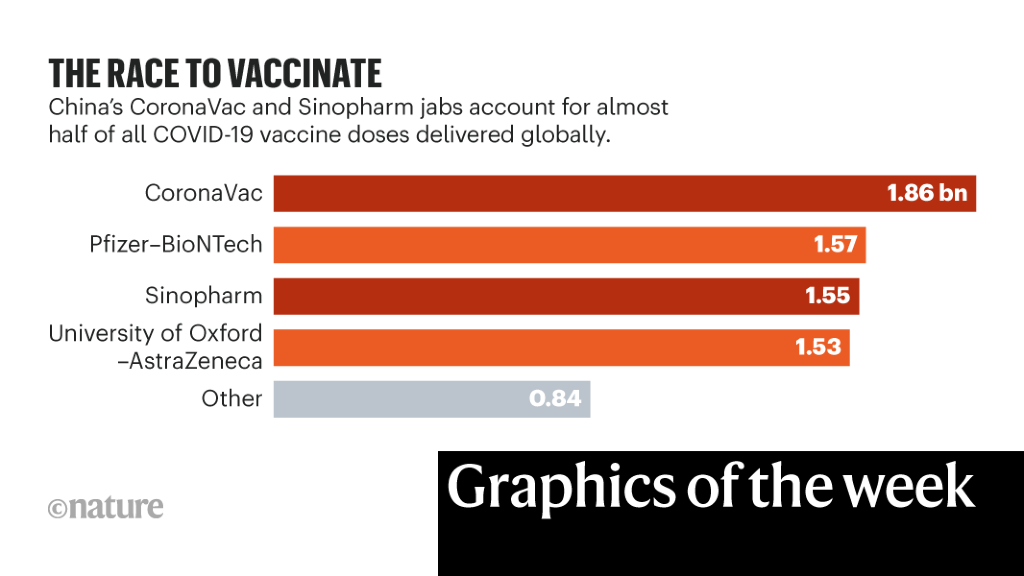 China’s CoronaVac and Sinopharm vaccines account for almost half of the 7.3 billion COVID-19 vaccine doses delivered globally, and have been enormously important in fighting the pandemic, particularly in less wealthy nations. But mounting data suggest that the immunity from two doses of either vaccine wanes rapidly. Earlier this month, the World Health Organization announced advice that people over 60 should receive a third dose of the same or another vaccine to ensure sufficient protection. Vaccines made using other technologies have seen a similar trend of waning antibodies and protection against infection. But because the Chinese vaccines — based on inactivated virus — produce lower levels of neutralizing antibodies to start with, the protection they offer could drop faster.

Twelve years ago, rich nations promised to channel US$100 billion a year to less wealthy ones by 2020, to help them adapt to climate change and mitigate further rises in temperature. But the rich nations made no formal deal on what each should pay. An October report from the World Resources Institute (WRI) in Washington DC reckons that the United States should contribute 40–47% of the $100 billion, but its contributions have fallen well short. Australia, Canada and Greece also fell far short of what they should have contributed. Japan and France, on the other hand, have transferred more than their fair share — although almost all of their funding came in the form of repayable loans, not grants. Frustrations at this failure in ‘climate finance’ are contributing to rising tensions ahead of next month’s crucial COP26 climate summit in Glasgow, UK.

Rhinos were once abundant. Today, just five species survive, all threatened with extinction. Three hypotheses have been proposed to explain the rhinoceros’s evolutionary history: the horn hypothesis (a), which groups species on the basis of the number of horns; the geographical hypothesis (b), which groups them on the basis of their former or present geographical distribution; and the mitochondrial hypothesis (c), which followed analysis of the entire mitochondrial genome from different rhino species. As described in a paper in published in the journal Cell, researchers examined whole genomes of modern and extinct rhinos and found that the results are consistent with the geographical hypothesis.

Before making a mammoth, ask the public

Why fossil fuel subsidies are so hard to kill

One of the World Largest Mass Extinctions May Have Been Triggered by Volcanic Winter
Scientists Deploy Night-Vision Cameras and AI to Study Spider’s Web Construction
Formstack raises $425M for a no-code platform that helps businesses automate their customer and internal workflows
The greener route to indigo blue
Longest Lunar Eclipse of This Century Will Take Place on November 19: How to Watch