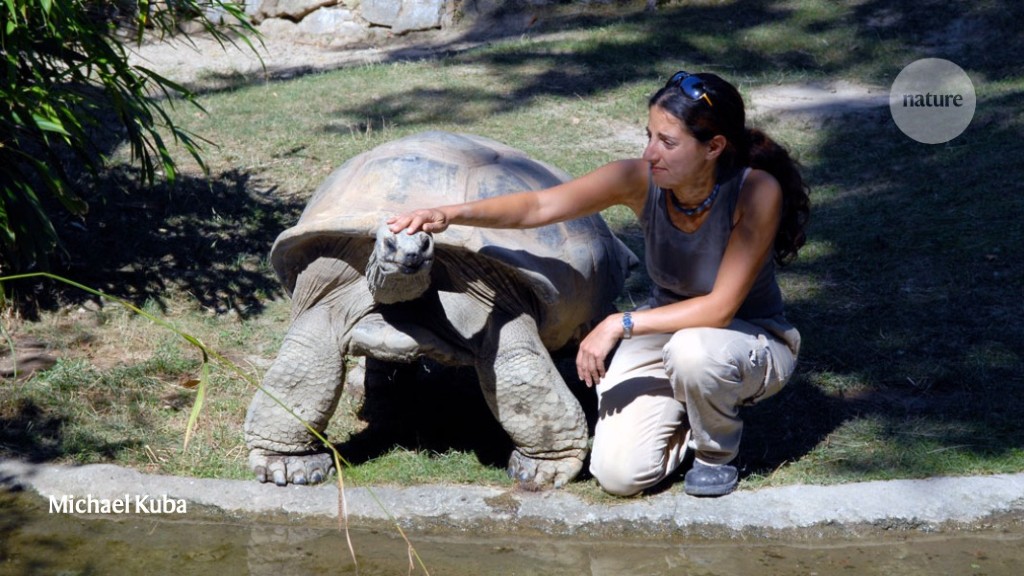 Giant tortoises can learn and remember tasks, and master lessons much faster when trained in groups.

Tamar Gutnick and Michael Kuba at the Hebrew University in Jerusalem, Israel, and Anton Weissenbacher at Schönbrunn Zoo in Vienna trained Galapagos tortoises (Chelonoides nigra) and Aldabra tortoises (Aldabrachelys gigantea) to bite a ball of a particular colour — blue, green or yellow.

When tested three months later, the tortoises recalled the task. The authors tested three of the tortoises again after nine years and found that all three responded to toys of the correct colour. The researchers also found that both species of tortoise could be conditioned with fewer training sessions if they were taught in groups than if learning occurred in isolation, hinting that tortoises learn from watching their peers.

Giant tortoises have generally been considered solitary. However, they often sleep and graze together, and the authors’ results bolster the view that the creatures that have been called ‘living rocks’ might be more social than scientists thought.

‘Game of Thrones’ Ice Wall Towers Over Scottish City During Ice Age
Black Carbon: How Long Do These Heat-Absorbing Particles Linger in the Atmosphere?
COVID vaccine immunity is waning — how much does that matter?
AI startup Sorcero secures $10M for language intelligence platform
Australian funder backflips on controversial preprint ban