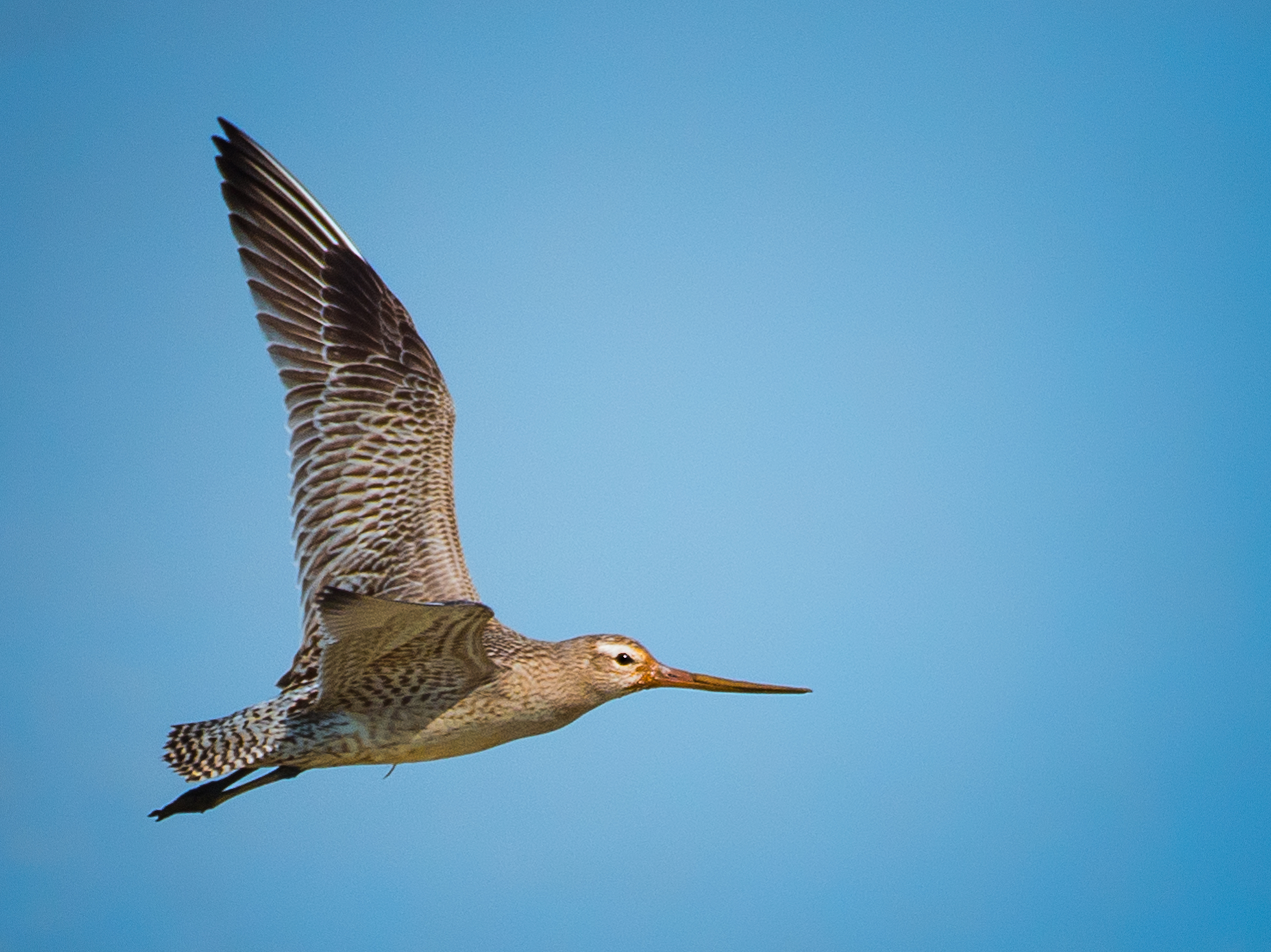 A godwit bird just broke the record for the longest non-stop bird flight, flying from Alaska to New Zealand, covering 7,500 miles (or 12,000 kilometers) over 11 days.

This achiever is a bar-tailed godwit (scientific name: Limosa lapponica), a species capable of undertaking lengthy migratory flights between New Zealand and Alaska without any break.

The National Audubon Society says that the bar-tailed godwit is a noisy and big species that has a cinnamon color and dull plumage during winter. They can be seen in Asia and Northern Europe during summer and nest in the tundra, shores, and mudflats of western Alaska. They can sometimes be found in North America during their migratory journey. In their wintering grounds, they are mainly seen along coastal tidal mudflats. 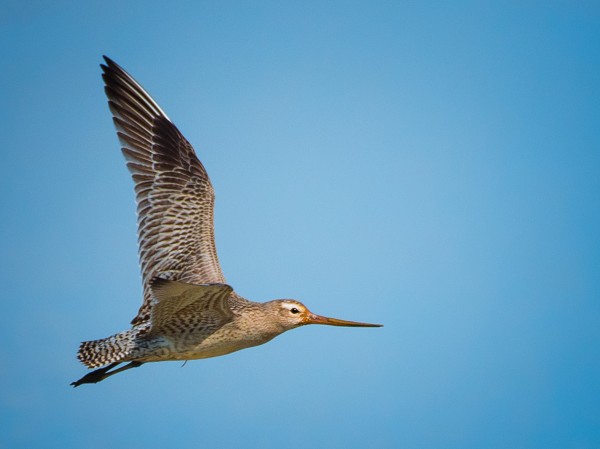 READ: A Glimpse of Hope: A Prolific Pair of Andean Condors in Ecuador

Scientists tracked one individual bird in question, which has flown longest among all of his kind, more than usual due to easterly winds which served as an obstacle in its journey.

Researchers were able to record the journey of the male bird by its satellite tag. They call the bird “4BBRW” for its leg rings which identify it by four colors, namely two blues, one red, and one white. A group of 20 godwits, including 4BBRW, was tagged last year in Auckland at Firth of Thames.

4BBRW first started its flight at southwestern Alaska last September 16 when it concluded its feeding period of two months in the mudflats of Alaska.

Godwits usually significantly increase weight at this time while shrinking their inner organs to prepare for their flight so that they would not weigh heavily during the journey.

READ NEXT: Rodent Poisoning: Deadly Impacts on the Birds of Prey

Once the bird left Alaska, it headed south, flying by the Aleutian Islands and flying until it finally landed on a bay near the city of Auckland, New Zealand after 11 days.

According to satellite data, it flew 7,987 miles or 12,854 kilometers. After accounting for rounding errors in the calculation, scientists estimated its journey to have spanned approximately 7,581 miles or 12,200 kilometers. Its flying speed has been recorded at 55 miles per hour or 89 kilometers per hour at times.

The previous longest non-stop record flight by birds was held by another bar-tailed godwit, a female, which traveled approximately 7,145 miles or 11,500 kilometers for nine days last 2007.

Godwit birds are naturally suited to these long flights. According to the GFN or Global Flyway Network guest researcher Jesse Conklin, their bodies convert fuel into energy in an extremely efficient manner. The GFN is studying these migrations. Conklin says that the birds’ bodies are similar in design to the body of a jet fighter. They have pointed, long, and sleek wings that are aerodynamically designed.

The godwit also has an essential place in the culture of a New Zealand group of people known as the Polynesian Maori. These indigenous people consider godwit as a sign of good fortune. They call this bird “kuaka.” They also mark the start of spring with the kuaka’s return from the north.

Due to their incredible biology and life, many birds serve as symbols for the human experience, having fascinating cultural, economic, and political importance to many peoples. The bar-tailed godwit is no exception.

4BBRW and its other godwit bird companions will begin their return journey from New Zealand back to Alaska by March.

READ NEXT: Musicians of the Night: The Nocturnal Singing of Willie Wagtails

Check out more news and information on Birds of Prey on Nature World News.