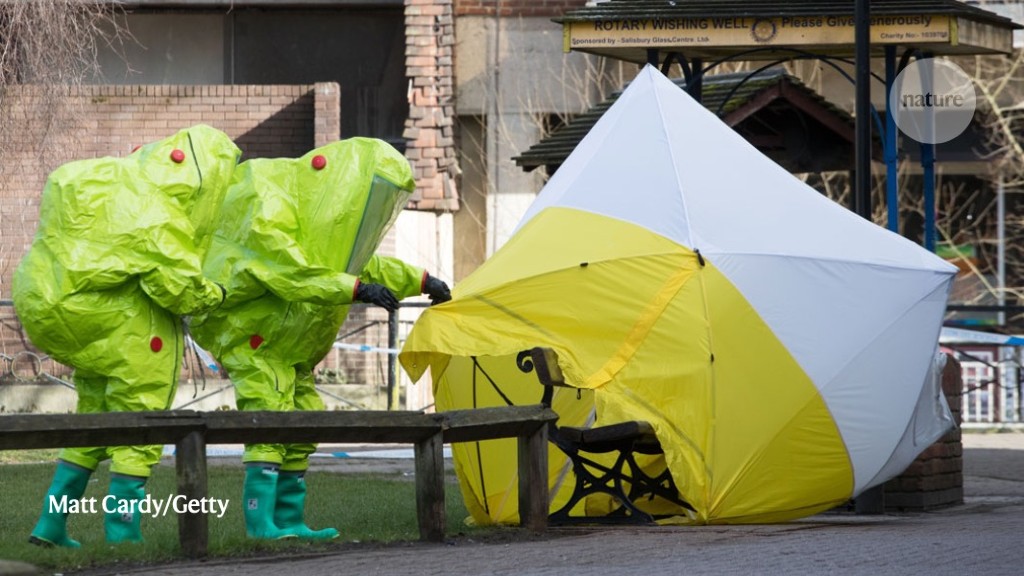 The group of nerve agents known as Novichoks are to be added to the Chemical Weapons Convention’s list of controlled substances, in one of the first major changes to the treaty since it was agreed in the 1990s.

The compounds, developed by the Soviet Union during the cold war, came to prominence after they were used in a high-profile assassination attempt on a former Russian military officer, Sergei Skripal, in Salisbury, UK, in March last year.

The Organisation for the Prohibition of Chemical Weapons (OPCW), which is tasked with enforcing the treaty, announced the decision to explicitly ban Novichoks on 27 November as representatives from the 193 member states met in The Hague this week for a periodic review of the convention.

The member states agreed unanimously to classify Novichoks as chemical weapons, the OPCW said. The update to the treaty, which will come into effect in 180 days, was initially proposed by the United States, Canada and the Netherlands.

“There is a recognition that we all win with this agreement,” says Alastair Hay, an environmental toxicologist at the University of Leeds, UK, who was at the meeting. “The decision means that OPCW can now keep tabs on these chemicals.”

The OPCW has the power to send inspectors to any signatory country to search for evidence of production of banned chemicals. It also can send experts to help countries to investigate crime scenes where chemical agents may have been used.

Leiv Sydnes, a chemist at the University of Bergen in Norway, who has chaired a task group for the OPCW and helped to draft previous reviews of the treaty, points out that Novichoks — along with any other nerve agents or deadly chemicals — were already implicitly covered by the convention, which bans the use of any chemical as a weapon. But the specific mention of these compounds in the treaty — and information about their chemical structures — will help to raise awareness of the banning among chemists around the world, he adds. For example, anyone who places an order for precursor chemicals that could be used to manufacture Novichoks should raise red flags, he says.

On 4 March 2018, Sergei Skripal and his daughter were discovered slumped on a bench in a Salisbury shopping centre after being poisoned with a Novichok agent. Both survived, but were hospitalized for several weeks, along with a police officer who was investigating the attack.

Two more people were exposed to the same chemical months later after coming into contact with a perfume bottle that investigators suspect had been used to smuggle the nerve agent into the United Kingdom. One of them, Dawn Sturgess, died in hospital.

An investigation into the poisonings by the UK government concluded that two hitmen had been sent by Russian authorities to carry out the attack in retaliation for Skripal’s work as a double agent. The United Kingdom and other countries expelled dozens of Russian diplomats in response to the incident. Russia has denied any involvement in the attack.

The Chemical Weapons Convention has resulted in the destruction 97% of the world’s known stockpiles of chemical weapons. In 2013, the OPCW won the Nobel Peace Prize for its work, but Syria’s use of chemical weapons against its own people — and Russia’s support for the Syrian government — have put the treaty under severe pressure in recent years.

COVID research prizes, CRISPR-like enzymes and a face-mask trial
How It’s Made: Wax Figures
COVID vaccine immunity is waning — how much does that matter?
Bioscience Firm Colossal Says It Will Bring Back Woolly Mammoths, Other Species From Extinction Using CRISPR
Home working in COVID times: longer hours, fewer phone calls