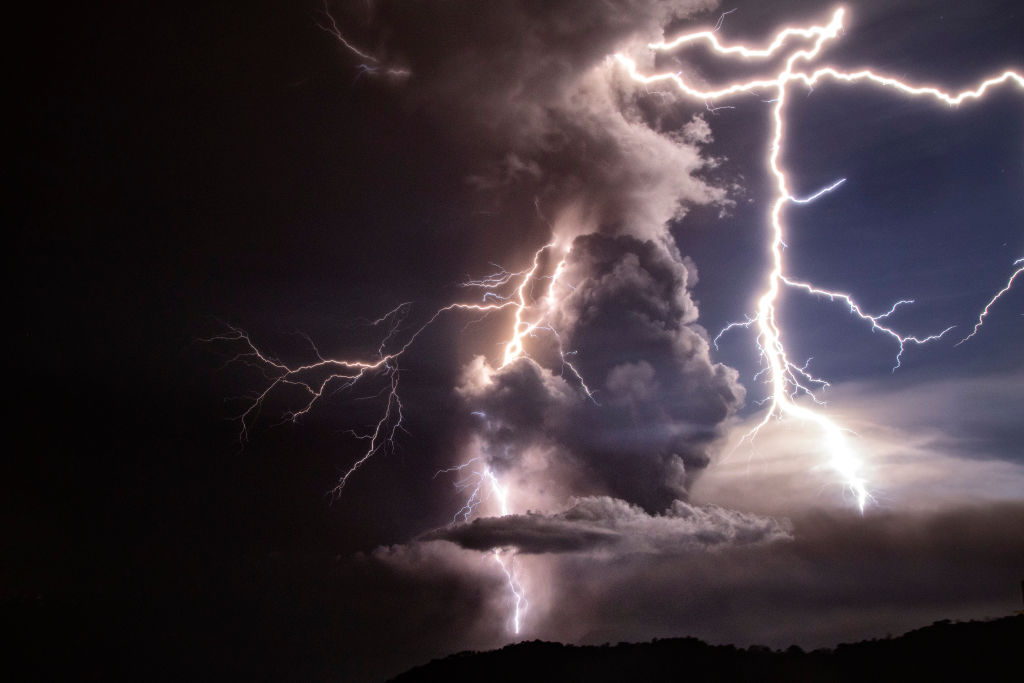 How does lightning benefit local ecosystems? The common answer to that question often has to do with how lightning assists in the nitrogen cycle. (Lightning is said to break down nitrogen into the soil and therefore, more easily absorbed by plants.)

On the other hand, a recent study may have just discovered that lightning could actually have a far greater role in helping the atmosphere break down carbon and even slow down man-made climate change.

The study had essentially made a strong case that lightning generated hydroxyl radicals. These are highly reactive hydroxyl atoms that interact with other greenhouse gases and actually cause them to break down.

It was a discovery that was almost by accident. Initially, they were simply compiling data taken from a NASA storm-chasing plane that was sent to the top of several powerful thunderclouds. But in the course of their work, they noticed very unusual readings that declared high numbers of hydroxyl radicals.

They thought it was a problem in the equipment at first. But after several checks, they noticed that each spike in the radicals coincided heavily with the strike of a lightning bolt!

By the end, the study estimated that up to 16% of the Earth’s atmospheric carbon cleanup could be the natural work of lightning storms.

Granted, further study is still needed to further confirm just how much carbon does lightning clean up on average. Still, the discovery opens more pathways to understanding how the atmosphere regulates itself as well as how innovators can tackle the challenge of global warming.

Also read: One in a Million: Man Struck by Lightning Seven Times, How Did This Happen?

How lightning works with other carbon sinks

This new understanding of lightning’s role can mesh really well with other research data on various carbon sinks. The other two most well-known forms are:

The most commonly known means in which carbon has been naturally absorbed is in all the world’s forests. Whether it is the Amazon rainforests or the towering sequoias of California, all these ecosystems are meant to take in the carbon from the atmosphere through the sheer abundance of old, sturdy plantlife. Sadly, the climate change crisis has been fueled heavily by  massive deforestation.

Some researchers argue that the ocean absorbs an even larger amount of carbon purely due to its vast size and the effects of the ocean carbon cycle (where carbon dioxide from the atmosphere dissolves into the sea). Algae and seaweed are also known to absorb this carbon, carrying with them even beyond death as their remains sink further into the depths.

This is the category that all carbon capture technologies would fall under as well as technology that uses zero emissions for energy. These include solar and wind power, as well as research into more innovative ways carbon in the atmosphere could be collected and repurposed back into the earth.

In any case, these new findings could not have come a moment too soon. Already, various countries who have signed the Paris Agreement have struggled to meet their deadlines and reduced emission goals. New discoveries could offer a way that would make the job easier and still offer a fighting chance to turn rising global temperatures around.