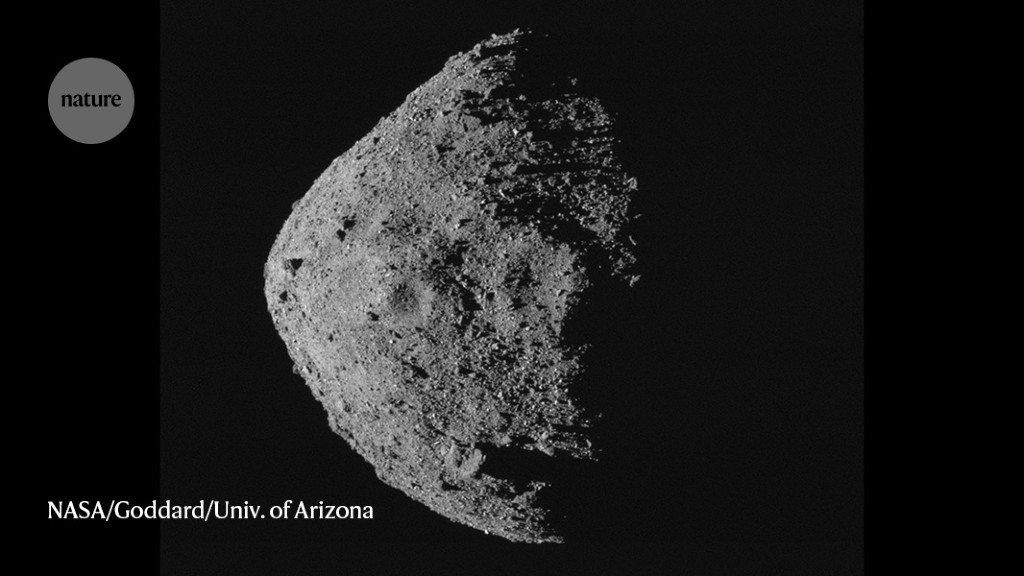 NASA is about to grab its first-ever taste of an asteroid. On 20 October, some 334 million kilometres from Earth, the agency’s OSIRIS-REx spacecraft will approach a dark-coloured, diamond-shaped asteroid named Bennu, with the aim of touching its surface for a few seconds — long enough to hoover up a collection of dust and pebbles. If successful, the spacecraft will then fly this carbon-rich rubble back to Earth, where scientists can probe it for clues to the history of the Solar System.

The journey to Bennu’s surface won’t be easy. The spacecraft will have to navigate its way past a towering boulder nicknamed Mount Doom, then onto a sampling area no larger than a few car-parking spaces. “We may not be successful on our first attempt,” says Dante Lauretta, the mission’s principal investigator and a planetary scientist at the University of Arizona in Tucson. But if it does work, he says, “I hope the world looks at this as a piece of good news — something we can be proud of with all the insanity that’s going on this year.”

There and back again

Launched in 2016, the US$800-million OSIRIS-REx is NASA’s first asteroid-sampling mission. It follows two missions from the Japan Aerospace Exploration Agency (JAXA) that have scooped dust off the surface of asteroids — including some retrieved last year that is currently on its way back to Earth for analysis. Before JAXA’s missions, scientists learnt about asteroids’ contents mainly by studying meteorites that had fallen to Earth — and those can be contaminated as they travel through the atmosphere and hit the planet. 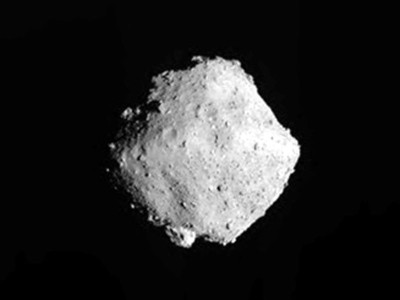 Scooping a sample directly off an asteroid offers a pristine glimpse at rocks left over from the formation of the Solar System more than 4.5 billion years ago. Each asteroid has its own story to tell about how it formed and evolved over time; Bennu is particularly alluring because it might contain material that is rich in organic compounds that are found throughout the Solar System, including in life on Earth.

But first, OSIRIS-REx will have to pull off the sampling. When Lauretta and his colleagues picked Bennu as its target, they thought the 500-metre-wide asteroid would be relatively smooth and easy to land on. But after OSIRIS-REx arrived and began orbiting Bennu in 2018, the craft got a closer look and found large, dangerous boulders1.

So mission engineers developed an automated system to guide the spacecraft down to the surface. It collects images as the spacecraft descends and compares them with previously taken images of the same target region. OSIRIS-REx can then track whether it is safely on its preselected path. If not, it can autonomously abort and fly away from the asteroid, waiting for a second chance to descend.

Its target is a 16-metre-wide crater named Nightingale, which offers a relatively smooth surface for a landing. If you could stand in the middle of Nightingale, you would feel pebbles and fine-grained sand beneath your feet, says Erica Jawin, a planetary scientist at the Smithsonian National Museum of Natural History in Washington DC, who has studied Bennu’s geology2. Mount Doom would loom above you, roughly the height of a two-storey building, which is “pretty intimidating”, she says.

OSIRIS-REx will descend toward Nightingale with its 3.3-metre-long robotic arm outstretched. When it touches the asteroid, a feat scheduled for 6:12 p.m. US Eastern time, it will release a puff of nitrogen gas that will blow onto the surface, kicking up small grains in a cloud of asteroid debris. A sampling device will hoover some of those particles up and store them.

The process, which will last just 10–15 seconds, is more of a ‘fist bump’ than a landing. As soon as the spacecraft finishes hoovering, it will back away to a safe distance, and scientists will assess how much material it collected. NASA wants at least 60 grams of rocks and dust — but close will be good enough. “If it’s 58 grams, we’re stowing and coming home,” says Lauretta.

If the spacecraft collects 40 grams or fewer, then scientists are likely to return it to a second location on Bennu, called Osprey, to grab some more. (It cannot go in to sample Nightingale for a second time, because the original nitrogen puff will have pushed small rocks on the surface to uncertain locations, making a ‘double dip’ hazardous, Lauretta says.) Sampling at Osprey would probably happen in January; regardless, the spacecraft is due to depart Bennu in March, and will eventually land on Earth with its precious cargo in 2023.

Bennu has been through a lot in its lifetime. It formed between around 100 million years and 1 billion years ago, when it broke away from a larger ‘parent’ body during a cosmic collision in the Solar System’s asteroid belt. But Bennu has retained traces of its parent. While orbiting the asteroid, OSIRIS-REx detected that some of the boulders on Bennu are shot through with veins of ancient carbon-rich material known as carbonate. The carbonate probably formed when ice melted and trickled through the parent body, causing watery reactions inside its rocks.

In this video, OSIRIS-REx rehearses the approach it’ll take to Bennu’s surface. Here, the craft’s imager captures the sampling arm descending to within 40 metres of the asteroid over about a 14-minute period. Credit: NASA/Goddard/University of Arizona

“I was surprised” at seeing these veins, says Hannah Kaplan, a planetary scientist at NASA’s Goddard Space Flight Center in Greenbelt, Maryland, and lead author of the Science paper3 that announced the discovery. They measure centimetres wide and can stretch more than a metre long — much bigger than carbonate veins seen in some meteorites. According to Lauretta, the large veins suggest that Bennu’s parent body once had a massive system of hot water flowing through it — meaning that it had lots of active geology. Some fragments of these carbonates might lie on the ground at Nightingale and be picked up by OSIRIS-REx.

Researchers plan to compare the Bennu samples with the ones currently on their way back to Earth from Ryugu, the larger asteroid that JAXA’s Hayabusa2 spacecraft visited last year. “I feel like a spoiled child getting to cut two delicious cakes at my birthday,” says Queenie Hoi Shan Chan, a planetary scientist at Royal Holloway, University of London, in Egham, UK, who works on Hayabusa2. Ryugu appears to have less water-rich material on its surface than does Bennu; by comparing the samples, researchers will be able to better understand how common watery processes and organic materials are on asteroids, says Chan. 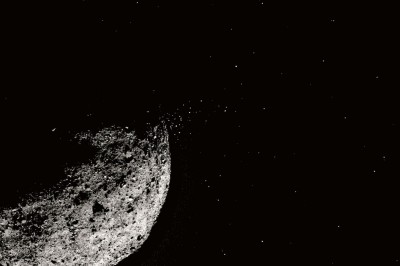 Scientists will also scour Bennu’s rocks for clues about how to protect Earth from asteroids. Bennu orbits dangerously near Earth and has a small chance of smashing into the planet sometime in the twenty-second century. Studies have shown that the asteroid is more of a loosely clumped rubble pile than a solid rock. By closely examining the consistency of Bennu’s rocks, scientists could propose ways to deflect or break apart threatening near-Earth asteroids.

“Any sample from Bennu is going to be amazingly useful — a critical addition to the collection of planetary samples that we have on Earth,” says Jawin. “It probably won’t care too much that we were there and stole some of its rocks.”